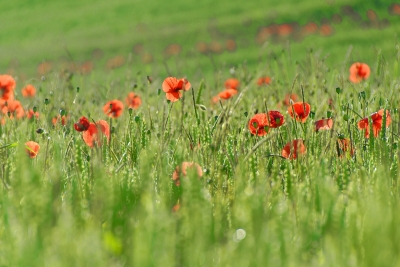 What does Ireland remember?

The significance of these headlines cannot be underestimated. This was the first time a remembrance poppy has been seen in the Dáil (Lower House of the Irish parliament, pronounced dawl) for 16 years. This was the first time an Irish Taoiseach (Prime Minister (Tee-shach)) had taken part in a remembrance service outside the Republic of Ireland. James McClean’s choice not to wear a poppy has provoked outrage.

Much of this has puzzled audiences all over Britain, who every year honour their fallen.

The primary origin of the political divide can be traced back to 1609, when during the plantation of Ulster, one of the 4 ancient provinces of Ireland, comprised of 9 counties, English and Scottish settlers were given land confiscated from the native Irish. Until this point, Ulster had been the most strongly Gaelic part of the whole island and the plantation was seen to be a solution to the almost continuous Irish rebellions against English rule. This, coupled with protestant immigration to “unplanted” counties, particularly Down and Antrim, led to conflict between the native Catholic population and the “planters.” The tension culminated in a series of wars, all resulting in Protestant victories, and massive loss of life. British political influence in Ireland was ensured by a series of Penal Laws that severely restricted the religious, legal, and political rights of anyone (both Catholics and Protestant dissenters , such as Presbyterians) who did not follow the state Anglican Church.

All this may have been reversed come the end of the 18th Century, when the United Irishmen Rebellion of 1798 sought “To unite the whole people of Ireland, to abolish the memory of all past dissentions, and to substitute the common name of Irishman, in the place of the denominations of Protestant, Catholic, and Dissenter.” However this was repressed by the British government, by armed means, by re-encouraging sectarian divisions, and by incorporating Ireland into the union, forming the United Kingdom of Great Britain and Ireland. The British establishment recognised sectarianism as a divisive tool to employ  against the Protestant United Irishmen in Ulster and the divide and conquer method of colonial dominion was officially encouraged by the Government. Britain at this point in its history was extending its influence in Europe and in India, and could not afford to be seen as weak by losing control of its small, insignificant neighbour.
Thus, the divisions continued and were deepened by the rise of a distinctly Catholic Irish Nationalism in the mid 19th Century. Ireland was once more embroiled in conflict during the Easter rising of 1916, and again during the Irish Civil war of 1919-21. The island was subsequently partitioned in 1920, mostly due to Protestant Unionist objection to Irish Home Rule. Northern Protestants feared for their religious and political security in what would be a very Catholic Country. Ulster Unionists therefore voted that the six counties of Northern Ireland would remain part of the Union (controversially, Counties Tyrone and Fermanagh had Nationalist majorities).

The stage was set for the conflict that would come to be known as the Troubles, a period lasting about 30 years and which touched the lives of almost everyone in Northern Ireland on almost a daily basis. It was the result of discrimination against the Nationalist/Catholic minority by the Unionist/Protestant majorityand the question of Northern Ireland’s status within the United Kingdom. In 1969 following civil rights marches and riots, the British army was deployed to Northern Ireland, to act as a peacekeeper between the two communities. An uneasy peace was achieved in 1998, after the deaths of over 3000 people.

What has this got to do with the poppy? Or Remembrance Day services? Haven’t we moved on from the past?

Firstly, the division between Catholic and Protestant is not simply religious. They are, in origin, different ethnic and cultural groups, (although, a quick bit of mathematics will show you that it is almost impossible to be from the island, and not a descendant of all the groups that have settled there (Viking, Norman, Native Irish, Scots, and English). Both communities feel that the identity and culture they have inherited is different from the other’s. Many Northern Irish Protestants do not self-identify as Irish at all, defining themselves instead as distinctly British, or Ulster-Scots. Secondly, the Irish Free State (as it was known before becoming the Republic of Ireland) took the state name Éire (Ireland, in the Irish language) in 1937. Against the intentions of those who wrote the constitution of Ireland, this has contributed to the view in many minds that Ireland stops at the border with Northern Ireland, and thus that Northern Irish Nationalists are not even truly Irish.

In the Republic of Ireland, the poppy is almost never used as a symbol of remembrance because it is too closely tied to notions of Britishness and the British Army: two things the people of the Republic fought for so long to rid themselves of.

In Northern Ireland, the Unionist community see the poppy as a sign of Ulster’s loyalty to the Crown. The most commonly used example of this is the actions of the 36th Ulster division of the British Army at the Somme in which the Regiment’s sacrifice was enormous. Wearing a poppy is a testament to the brave men who fell proving their loyalty to Britain.From a Nationalist stance the poppy is unpopular, not only because of its ties to Britain, but also due to the actions of the British army during the Troubles. Over the 30 years of violence, the British Army shot dead more civilians than Dissident Republican Paramilitaries (http://cain.ulst.ac.uk/sutton/crosstabs.html choose status summary and organisation summary. Compiled by the University of Ulster) and alienated themselves from almost the whole Nationalist Community.

James McClean, who is from the area of Londonderry where the Bloody Sunday (1972) massacre took place, has chosen not to wear the poppy since he protests to the actions of the British Army.

Whilst it is not unreasonable to understand this point of view, the Irish Ministers are certainly taking the more mature stance. If reconciliation is to be achieved in Northern Ireland then all opinions must be respected, and obstinately refusing to accept or even listen to “the other side” will do nothing to improve the lives of the people of the country and the island as a whole. Militantly sticking to the “I’m right, and you’re wrong” bigoted attitudes of generations gone by won’t get us anywhere.