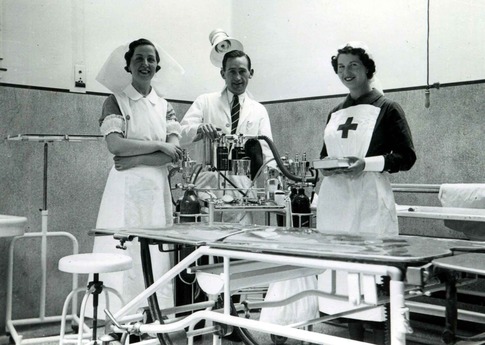 ‘On being sane in insane places’

In 1973, psychologist David Rosenhan published a paper documenting a study that was to radically change perceptions of the diagnosis of mental illness.  The study, named “On Being Sane in Insane Places”, recorded the experiences of eight clinically sane participants, who gained entry to psychiatric hospitals by reporting that they had been hearing a voice in their heads saying “thud”. Participants, after being admitted, were subsequently instructed to act as normal, and report no further auditory hallucinations.

What occurred thereafter would have serious implications for the mental health system of that time.  All of the pseudo-patients were taken in, and many diagnosed with schizophrenia and given anti-psychotic drugs. Participants were kept in for, on average, nineteen days, and in some cases up to two months. Despite this, the worrying results of the study were the feelings of objectification and alienation reported by the participants. Although staff were generally considered to be well-meaning, invasions of privacy such as random searches of belongings, and even being observed whilst going to the toilet, demonstrated a dehumanisation of patients taking place within the psychiatric wards. Most shockingly, the diagnosis of mental illness caused the actions of the sane individuals to be inferred as symptoms of psychological abnormality; in hospital records, one patient was described as demonstrating “writing behaviour” during a note-taking exercise.

This study, later to become known as the Rosenhan Experiment, served to demonstrate the many problems with diagnosing and treating mental illness. By attaching the label of psychosis, many of the behaviours demonstrated by sane individuals can easily be interpreted as symptoms of mental instability, often leading those who are stigmatised by the label to feel powerless; their opinions dismissed as untrue or unreliable.

The dehumanisation of the mentally ill can be traced back through the ages. The word “bedlam”, meaning chaos and confusion, stemmed from the medieval psychiatric hospital in which mistreatment and cruelty towards inmates was documented right up until the Victorian era. Even once the reformation of mental institutions ensured that psychiatric patients were to be treated humanely, the twentieth century was to bring new cruelties in the form of experimental cures. Psychosurgery became prevalent in the thirties and forties, during which Egas Moniz was awarded the nobel prize for the development of the lobotomy- the destruction of white matter in the front cortex, which, though considered to be successful in calming hysterical patients,  usually induced a vegetative state, incapacitating them for life.

Electro-convulsive therapy was also developed at around this time, in which high voltages of electricity pass through the brains of schizophrenic patients, with the erroneous belief that inducing the effects of epileptic fits would cure this disorder. The treatment, primarily used without anaesthetic could often be powerful enough that patients fractured bones, and could also cause long periods of memory loss.

Insulin coma therapy, introduced in the forties, was yet another abusive treatment in the search for a cure for mental illness. This included injecting patients with large doses of insulin over the course of several weeks, inducing a hypoglycemic coma. Side effects included convulsions, caused by the sharp drops in blood glucose; brain damage, which was considered to be therapeutic; and severe obesity. That such treatments were administered experimentally, with very little scientific backing, says much for the attitude towards mental health sufferers of the time. Though such procedures were performed in benevolence, patients were generally treated as experimental subjects rather than as people with the right to refuse treatment.

Today, such treatments are outlawed in America and the UK, despite being used until as recently as the seventies. Psychosurgery and Electroconvulsive Therapy continue to be in use, but methods have been refined, and regulations are in place to ensure that their use is controlled. The introduction of antipsychotic drugs has gradually allowed sufferers of mental disorders to be in charge of their own treatment, and the forcible containment of patients at psychiatric hospitals has been limited to only those who are a danger to themselves or others.

Nevertheless, the abuse of psychiatric treatment still continues in some instances to this day, with over sedation remaining commonplace in dementia care homes and psychiatric wards. The use of large doses of antipsychotics or sedatives to curb aggressive or abusive behaviour caused by a patient’s mental illness reveals a continuing problem with attitudes towards psychiatric patients. In spite of all improvements to psychiatric care achieved in the past few decades, there is an enduring practice of treating those who have been deemed mentally abnormal without the dignity and freedom of rights afforded to those who have the ability communicate and behave in a way that is comprehensible to others.