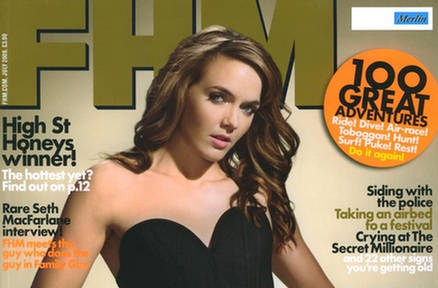 ‘Playing like a girl’, ‘Stop being a pussy’, ‘My gran could have scored that!’ – just a few of the comments thrown around the Sunday League football pitch back in my school days. These comments, whilst said in ‘the moment’, may represent a deeply ingrained social norm of women’s sport.  How does society view female participation in sport and are the attitudes changing in certain ways?

Some sports’ image, often sports like football and rugby, can suffer from a supposed ‘lesbian stigma’.. The presumption that women cannot play these sports due to the masculine hegemony that exists within them is absurd to most, yet it is more than prominent within society.  Many women who play these sports speak of distancing themselves from their athletic identities in order to preserve social inclusion within already existing peer groups. Should women have to accept that this is the way society perceives these sports and the women who play them? Or should broader feminine ideologies be introduced into society? The key to that is the media.

Barriers to participation can include the lack of facilities and/or clubs for women. Pitch or venue time is possibly allocated more to men’s teams simply because their clubs or teams are deemed more important

No matter what form – be it print, television or on the internet – women do not receive anywhere near the amount of coverage as men do in the media. When they do, it is often to celebrate attributes not necessarily relating to their sporting prowess.

The mass media portray the dominant images in societies of the industrialized world and dictate opinions of life in our society; they have the potential to shape, change, and reinforce values and attitudes. Many have argued that males dominate the field in terms of TV showings and press coverage. Numerous studies have shown that sport media provide considerably less and different types of coverage to female athletes and women’s sports than to male athletes and men’s sports. Women’s sport is sidelined, underfunded and ignored: the Women’s Sport and Fitness Foundation recently recorded that only 5% of women’s sports are covered by the media.

Unlike male athletes, female athletes do not have the luxury of being primarily portrayed as performance athletes. Coverage of their beauty and sex appeal usually overshadows their on-field endeavours. Portraying female athletes in suggestive poses and clothing, or even nude, magazines and commercials basically project ‘woman first and athlete second’ – an attitude that challenges athletes’ achievements and self-esteem.

Sportswomen are often subjected to non-task relevant commentary and portrayals in non-active roles, we rarely see Jessica Ennis or Victoria Pendleton pictured in magazines in their sports kit. We see these female athletes sexualized in provocative poses, sending across a different image and exploiting their bodies, while it would be completely unheard of for Chris Hoy or Mo Farah to be subjected to such images. These male athletes stand strong, bearing their athletic figures in their uniform, looking heroic, strong and powerful, They are to be admired and appreciated for their sporting talents, whilst female athletes are generally exposed and not dressed in their athletic attire. By sexualizing female athletes and encouraging them to prioritize sex appeal over strength, the media not only degrade the athlete’s accomplishments and self-esteem, but also alienate viewers and impede the strive for equality in the sporting world.

Denise Lewis has spoken about women being taken seriously within the sporting world, and has often commented on the lack of column inches that women receive in the papers. Although Denise is a very famous female athlete, many feel that organisations should be set up to challenge the print media, and in particular to improve their coverage of female sport.

The sports mega-event of the summer could go a long way towards changing the views and social norms in the UK. Rather than focusing on Jess Ennis as an attractive heptathlete, she will be remembered for her achievements as a symbol of a successful Olympic Games. Ultimately, what British sport needs is the Olympic legacy to boost participation rates all over the country, but specifically to  boost these rates in the flagging demographic of girls aged 16-24. With all of the barriers to participation and the social norms being difficult to budge, this shift in attitudes may yet take some time.