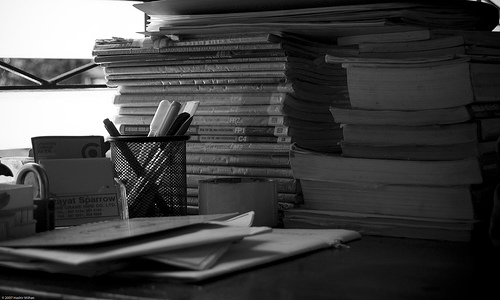 Fictions of Terrorism: Authorship and Consolation

It is no small wonder that so many novelists have capitalised on the unique emotional intensity and intrigue surrounding the various manifestations of that elusive concept, ‘terrorism’. Acts of terrorism can be brutal and devastating, ‘manifestoes written in the blood of others’ (Régis Debray) which are intended to shock and disturb. Few people of our generation will forget the first time they heard of the appalling 9/11 attacks, and responses to terrorism can be similarly disturbing; a Brazilian commuter was killed by British police subsequent to the London Underground bombings of July 2005 (Matthew Carr). The relationship between terror and fiction is perhaps an unusual one, but is certainly compelling and has given rise to a wealth of challenging and sensitive novels.

Authors of the post-war period were sincerely interested in what the function of fiction should be following the atrocities of the Second World War; some wrote fiction that would serve a consolatory function, whilst others sought to create fiction that would serve as a witness to horror. A similar dilemma is faced by authors of ‘fictions of terror’, though it would seem that the especially devastating nature of terrorist acts fosters a compulsion – even an obligation – to deal sensitively and truthfully with the subject matter at hand.

Salman Rushdie’s dazzling text, Shalimar the Clown, opens with the brutal murder of Maximilian Ophuls at the hands of his Kashmiri driver. This initially seems to be a political assassination (since we learn that Max was a World War II Resistance hero, former United States Ambassador to India, and later Amercia’s counter-terrorism chief), yet Rushdie reveals that the crime was an intimately personal one, carried out by a bitter man who had his Kashmiri wife enticed away from him. In unveiling the series of events leading to Max’s murder Rushdie sweeps his reader across the globe to Kashmir: a paradise ruined by international politics and acts of terror. Rushdie evokes a sense of confusion, chaos and despair by convincing his readers both of the atrocities of terrorism, and terrorism’s peculiar ability to elude definition. He blurs distinctions between insurgency, guerrilla warfare and the tactics of the terrorist – in the context of the 1989 uprising in Kashmir – in order to accurately represent the muddied line separating terrorism and counter-terrorism in modern times; counter-terrorism is shown to be just as appalling as the crime itself (Florian Stadtler).

In contrast to the confusion created in this respect, Rushdie is often lucid and simple when dealing with the atrocity of terrorist acts. Following the brutal destruction of the Kashmiri village, Pachigam, the narrator says simply:

What happened that day in Pachigam need not be set down here in full detail, because brutality is brutality and excess is excess and that’s all there is to it. There are things that must be looked at indirectly because they would blind you if you looked at them in the face, like the fire of the sun. So, to repeat: there was no Pachigam any more. Pachigam was destroyed. Imagine it for yourself.

The language used here is deliberately inadequate, and thus paradoxically more sensitive than any attempt to describe the horror of an act of terror in full detail. By using inadequate language, and denying the reader the emotional relief they might expect from a more wrenching depiction of the atrocity, Rushdie is asserting the inability of art to represent such horror. This is a truly sensitive response, since Rushdie’s admission of his inability to represent terrorism through fiction acknowledges its appalling nature and forces the reader to do so too; they are told to ‘imagine it’ themselves. In this novel, then, terrorism is truly horrific both because of the extent of its atrocity, and because of its disturbing ability to manifest itself in so many different forms at the instigation of vastly different authorities.

Authors of ‘fictions of terrorism’ are also acutely aware of the intriguing relationship between authors and terrorists. Sarah Cole, of Columbia University, has remarked that ‘what makes a crime “terrorist” in structure is its determination to send a message’, and authors have a comparable compulsion to communicate to a mass audience – though through works of fiction rather than through acts of terror. Certain fictions convey a profound uneasiness about the way in which terrorists, whose acts are communicated in striking ways to mass audiences through media and television, seem to be taking over the territory of authors. Don DeLillo, author of Mao II, declared that ‘there is a deep narrative structure to terrorist acts, and they infiltrate and alter consciousness in ways that writers used to aspire to’. It is significant that Mao II’s protagonist, Bill Gray, is made to indirectly assert the ease with which acts of terror can be perpetrated at a point in the novel when he is trying to argue a defence of fiction. He says (referring to the ability of anybody to write a novel):

Some nameless drudge, some desperado with barely a nurtured dream can sit down and find his voice and luck out and do it. Something so angelic it makes your jaw hang open. The spray of talent, the spray of ideas.

Uncannily, the ‘spray’ that Bill refers to is very reminiscent of the spray of blood and debris that inevitably accompanies a scene of terror, which a reader of DeLillo’s novel would be attuned to. DeLillo is thus subtly expressing his unease about the ways in which acts of terror can be perpetrated by anyone, and have greater effect on mass consciousness because they can make jaws hang open by being horrifically appalling, rather than admirably angelic. A similar unease is articulated in Paul Auster’s Leviathan: Auster’s protagonist, Sachs, abandons his career as an author to become an urban terrorist following a period of disillusionment in which he realises the minimal impact made by his works of fiction in the public sphere. Auster conveys his unease by having his novel’s narrator declare Sachs a ‘fanatic’, somebody who ‘didn’t need a life of his own anymore’ – Sachs is willing to ‘gut his way through any hardship’ as long as he is convinced that he is finally making ‘a mark’.

It is significant that the unease expressed by authors such as DeLillo and Auster can be directly related to real acts of terror. The infamous Unabomber (Ted Kaczynski) sent a series of sixteen bombs to various targets in America between 1978 and 1995, and became the target of one of the Federal Bureau of Investigation’s costliest investigations. Kaczynski was opposed to modern technology, and the concerns that he expressed in his manifesto well echo the concerns expressed by DeLillo: ‘Even if these writings had had many readers, most of these readers would soon have forgotten what they read. […] In order to get our message before the public with some chance of making a lasting impression, we’ve had to kill people’. What DeLillo and Auster seem to have recognised about terrorism, and become deeply disturbed by, is the way in which the value of human life becomes subordinate to the communication of a message – and this manifests itself in their work in the form of a profound unease about the similarities between authors and terrorists.

What emerges, then, is that novelists who have sought to capitalise on the peculiar allure of terrorism have done so in satisfyingly sensitive ways. Rather than evoking terrorism as a source of excitement and drama, authors have written about terrorism in ways that acknowledge its disturbing complexity and unspeakable horror. Readers are not consoled; rather, they are challenged to consider terrorism’s various manifestations in ways that reach beyond the barriers of the fiction in their hands and into the real world.