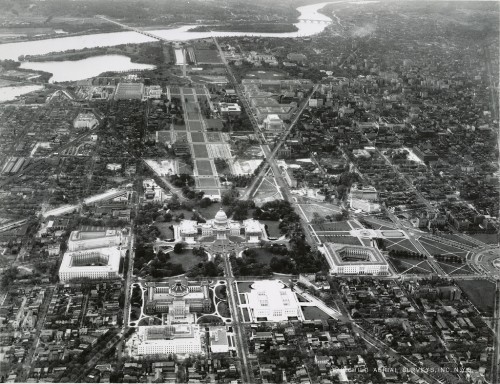 The US Government Shutdown has been in effect for a few days now and as of the time of writing, there has been no indication that they are close to resolving their differences and passing a budget. The press in most countries have been reporting the issue as an economic one, with BBC News and Day News citing an astonishing statistic that if the US government were to remain in shutdown mode for three weeks, the GDP of the United States would drop by 0.9%[1][2]. To give you a broad understanding of how much money that is, the current US GDP is $15.68 trillion dollars, so losing 0.9% of that would roughly equal $141 billion lost[3]. That is a truly astonishing amount of money to risk for the sake of political maneuvering. Congress and the President will be aware of this, and neither side will be willing to maintain the status quo, so eventually one side will have to cave. But this brings us to an even larger potential problem: if the President is the one to cave first, how will that change the US political landscape? The executive branch will be perceived to have ransomed the US economy at the cost of legislation it believes to be right for the country. This would set a dangerous precedent and would grant a huge new bargaining chip to the legislative bodies.

“We do not negotiate with terrorists”. I cannot even justify attributing that quote to just one President as every President since Reagan has stated it. This statement has been embraced in popular culture and is often featured in Hollywood movies and blockbuster TV shows like 24. It is a fundamental point of US foreign policy. The argument for its implementation is a simple one: if you respond to the demands of one terrorist, future incidents of terrorism will likely become more common and more persistent as there is a known incident of success. And whilst I am by no means comparing a Republican-held congress to a terrorist organisation, I am suggesting that they are employing the same basic tactic of holding the country at ransom. The only major difference is that theirs is an economic warfare as opposed to an attack with a biological agent or a nuclear bomb. And similarly, the response of the President must be the same. President Obama must not be bullied into repealing, defunding or delaying his signature legislation, the Affordable Care Act (more commonly known as Obamacare), or he risks losing the little domestic power the President still retains in the country.

The Republicans have actually tried this before and it is frankly incredible that they have tried again given the results of their last attempt in 1995. The story will sound familiar to any of you who have followed the most recent Shutdown. President Clinton, a Democrat, was in office. A Republican-controlled House led by Speaker Newt Gingrich attempted to slash funding for a number of Democratic policies, including Medicare. This shutdown lasted a full 28 days before both parties agreed to lessen their demands. However, even though the Republicans did manage to generate some concessions from President Clinton, by the end of the shutdown, 65% of Americans disapproved of Newt Gingrich and his Republican Congress, up from 37% the year before[4]. Knowing that this is the case, Republicans are risking a lot leading up to the 2014 congressional elections. They have pushed ahead nonetheless and we will see the impact of their decision next year.

The power shift is the most troubling potential outcome for the time being, but progress must be made. There are a number of deadlines coming up that would have a drastic effect on the world economy. For instance, if Congress fails to raise the debt ceiling by the 17th of November, the country would begin to default on its global debts. You can’t exactly foreclose on the United States, and nobody really knows what will happen if Congress continues to play such high stakes poker with the world economy. I for one do not believe either side will let things reach such a drastic level in order to prove a point, but it is certainly going to be fascinating watching how they come to agreement now. The next couple of weeks are going to be critical.