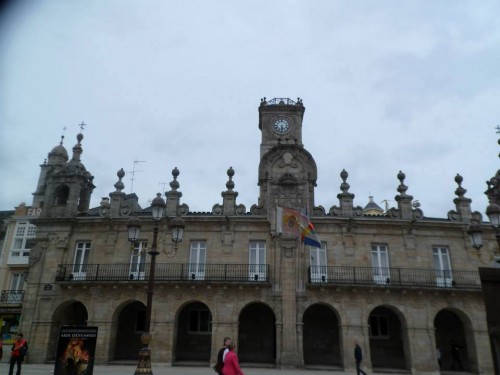 Due predominately to Spain’s aggressive colonisation of Latin America and the Caribbean in the 17th century, today the Spanish language holds a key position in the world. With 329 million native speakers it ranks as the world’s second most prevalent native language, just ahead of English, while in terms of its geographic span it is fourth in the world; not to mention its growing importance in the USA where Latinos represent 16% of the population.

Given this dominance, it can come as a surprise to many non-Spaniards that for much of the country, the language we know and learn internationally as Spanish is not their mother tongue. In Spain, while what is know as Castilian Spanish is the main language, in areas across the country there are various other languages with co-official status.

These languages are Galician, spoken in Galicia above Portugal; Euskara, which developed in the Basque Country; and Catalan, spoken across Catalonia and the Balearic Islands. A fourth language, Valencian, is considered officially to be the same language as Catalan, but is recognised separately within its region.

This linguistic variety has often caused conflict within the country. The speakers of these minority languages are keen to maintain their use, particularly after centuries of decline and, more recently, decades of repression under General Franco. However, some Spaniards from other regions believe that it is an unnecessary and costly venture which promotes divisions within society. The support for local languages by separatist and terrorist groups, for example, has deepened this resentment.

This conflict is not a new one; regional languages declined in importance from the 15th century, when the nobles had fully adopted Castilian under a succession of Royals from Castile and Leon. The languages continued to be used but  were the preserve of the workers and uneducated, and came to be considered as such. Although they underwent a revival in the 19th century, with renaissance thought promoting historical culture and language, they were deeply damaged under General Franco’s dictatorship from 1939. All languages apart from Castilian Spanish were banned, with intellectuals and writers in Galician, Catalan and Euskara either executed or repressed. Though Franco’s stance relaxed over the decades, Spanish remained the language of administration and education which ensured the decline of minority languages.

Small wonder, then, that upon Franco’s death there was a concerted move to support the previously repressed languages. The 1978 constitution, which signalled a clear break from the fascist regime, underlined the importance of minority languages as part of Spain’s ‘cultural heritage’ and made them official languages in their respective autonomous communities. With this came decades of education and expansion; today Galician is spoken by over 80% of Galicians and understood by at least 90%, and though spoken Catalan sits at 65%, around 90% of Catalans can understand the language. Euskara, as the only non-Latinate language, has far lower levels of fluency – just 27% – but concerted educational campaigns have increased comprehension to over a third of the populace. In Galicia and Catalonia the local governments function principally in their regional language, and in all regions the schools are bilingual or, in some cases, exclusively minority language.

However, for many Spaniards this renewed support for local languages has reached too far. Spanish nationalism is threatened by regional nationalist and separatist movements, and increased use of regional languages is considered to heighten nationalistic feelings. The fact that both Catalan and Euskara have territories in France, while Galician has strong links to Portugal, loosens further their links to Spain. While in no way representative of the movement, groups such as ETA – responsible for scores of attacks and bombings – who propose separatism on linguistic and cultural grounds, have further darkened attitudes.

While the question on regional languages has long been an issue, the economic crises have sharpened opinions on either side. Growing localism and nationalism to stimulate local economy means that more people are using local services, often offered in their language. On the other side, many Spaniards feel that the practice of running bi-lingual businesses and local governments excludes job seekers from outside the region from the market. Since areas such as Galicia have been suffering slightly less in the crisis it can inflame tensions that their jobs are, in reality, often available primarily to Galician speakers. In the city of Barcelona all signs and information have to be written in Catalan, and any businesses not complying are fined.

The economic implications of the multi-lingual policy were emphasised in 2011, when the upper house made it possible for Senators to debate in the co-official languages. This means that politicians who previously conversed in Castilian are now able to speak other languages, forcing the Parliament to employ interpreters at a cost of €12,000 per day. This has been decried by the Spanish right as an unacceptable expense at a time of such high cuts; supporters, however, argue that since they represent local interests in the chamber, it follows that they should be allowed to speak the language of their region.

There are, though, signs  that the recession is having an impact on the promotion of languages. While compulsory education and administration is still bi-lingual, this year the Catalan government has announced an end to its programme of funding higher education Catalan abroad. In England alone there were 20 universities offering classes but this is now seen as unnecessary, something which is bound to reduce knowledge of Catalan abroad.

The issue is a difficult one for Spain because the regional languages are as legitimate as Castilian; Galician and Euskara are, in fact, far older, and it is hard to argue that an understanding of local culture is a bad thing. It can be difficult for people who have grown up using a regional language to later discover that it is less valued. Despite the resultant difficulties and occasional resentment, the teaching and promotion of these languages is not about to go away – particularly with the Catalonian government planning a referendum for full independence on 2014. Economic downturns, though, are known to foster divisions, and policies that emphasise the differences within communities have to be mindful of their consequences.