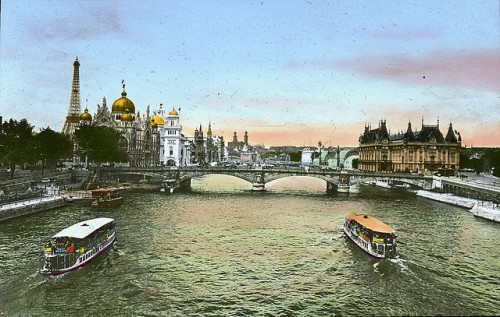 Over the summer a French media storm involved the Minister for Culture and Communication, Aurélie Filippetti, after a misspelt tweet on her official account. A corrected tweet was posted and Filippetti blamed an aide. Fairly unremarkable news: evidence, perhaps, of the ‘silly season’ in France, except in France language is a sensitive topic and Filippetti’s position means she is in charge of language policy. Her mistake is symbolic of perceived wider threats to le français.

Since World War Two, French has been under continuous assault from franglais, or perhaps more accurately franricain (français et américain), as American cultural influences have pervaded France. This is not a problem exclusive to words related to new technologies (e.g. the French have made the word twitter into a verb), but also to words that already exist in French but where the English is considered more trendy (e.g. le must, le look).

The French government tries to protect French from the language from these changes. The Académie Française comes up with new words to adapt to changing linguistic needs, for example, ‘mot-dièse’ and ‘administrateur de site’ to replace ‘hashtag’ and ‘webmaster’ respectively. The government has introduced laws like la loi Toubon, which decreed that French must be used in official government publications, adverts and commercial contracts. Other laws have required scientific research carried out in France to have at least a conclusion in French, and at least 40% of songs in prime hours on radio stations to be French. Jacques Chirac said in 1997, “It is our duty to be militants for multiculturalism in the world in order to prevent one single language from stifling the various cultures which constitute the wealth and dignity of humanity” . No prizes for guessing which single language he was referring to.

Many of these state-centred initiatives seem bizarre to English-speakers. Languages constantly change naturally. Not only do they do this, but where there has been language contact they have always imported words either where there wasn’t a way of expressing its meaning before, or where the foreign language is considered more prestigious. For example, during the Renaissance, French adopted many words from the Italian, Greek and Latin languages, which were highly esteemed. Imposing a form of language from the top-down also seems fairly illiberal.

However, French is seen as far more crucial to French identity than English is to British identity (and Americanisms are obviously less noticeable in British English than in French). The French state has long tried to regulate language; the Académie Française was set up in 1635, during the ancien régime, when what was then the regional language of the Île-de-France was the language of the elites. Somewhat paradoxically, given that at the time French was exclusive to the wealthy and powerful, governments after the Revolution wanted to promote French. They saw language as a means to unite the country and promote values of citizenship and national identity which everyone could understand. It was not until the last quarter of the 19th century that French really took hold in the provinces, where previously a large number of regional languages were spoken, and when the school reforms of Jules Ferry make primary education free, compulsory and secular. When these reforms were implemented, in place of religion children were taught civic values at school, and the use of regional languages in school was banned. This meant subsequent generations grew up speaking French, and the teaching of civic values in French reinforced the link between the language and the Republic. The link to the Republic is important because the Republican system of government, and its enlightenment values of equality, secularism and freedom, is central to French identity: debates about things like feminism and religious rights are framed within the terms of these values.

After World War Two, France, like much of the world, experienced cultural globalisation; in practice an Americanisation of cultural life, evident in the proliferation of fast food restaurants, in Hollywood films and in American or American-influenced music. In France this is often seen as negative, leading to a more market-based culture and society where parts of an authentic and inherently better ‘French’ culture are lost (where ‘French’ culture refers to the culture of traditional, white, well-educated France instead of the culture of, for example, the young or immigrants). As with the United Kingdom, the loss of the French Empire further dented confidence about France’s prestige, and more recently fears about national identity have resulted from European integration (this is part of the National Front’s appeal). Fears about the loss of French uniqueness in the face of these global changes extend to language. This explains the protectiveness over French.

In a wider context, this is one of the constant battles taking place around the world between nations wishing to retain influence over social and economic matters and the tide of globalisation. The efforts to protect the French language may seem anachronistic and King Canute-like, but have had limited success (for example the Academy’s proposed word for computer, ‘ordinateur’, caught on). However, the damage control Aurélie Filippetti was forced to do after the twitter debacle may be the only solution for French as well.