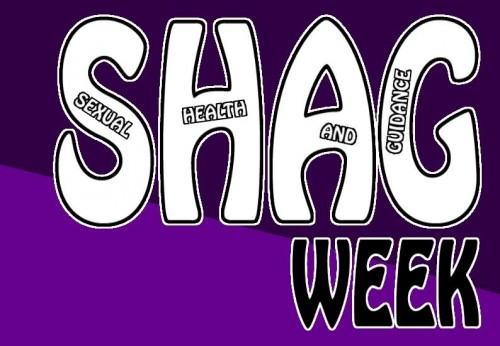 HIV Stigma: The Importance of Talking About Sex

When we think about HIV, what may immediately springs to mind is the situation in Sub-Saharan Africa, where the infection is spreading dramatically. Most of us will be aware of the devastating situation there, with extreme death rates and only a small percentage of people aware that they have the infection. Though rates of infection have dropped, around 1.2 million people in the area are dying each year, which is still an alarming and tragic statistic.

This seems a world away from the situation in the UK and much of the Western world, where HIV has been controlled much better. In this country, the disease is most often compared to diabetes. Medically, though still a serious disease, the effects of HIV can be controlled by certain expensive drugs. Moreover, the risk of spread from parent to child has been reduced to just one per cent by new birthing practices. Due to these great achievements, there is much lower risk of death as a result of HIV than there once was, leading some people to claim that the disease is ‘not a big deal’. You may therefore expect that we would fear HIV much less in the UK now than we did when the disease was first discovered. Unfortunately, this is not the case.

A little over a year ago I met a man called Larry Gurney, who found out he was HIV positive while he was working as a Welfare Officer here at Durham University. Over twenty years ago, he was one of the first people to openly identify as HIV positive in the UK, and went on to set up the MadAboutArt charity in 2001 – a charity that helps children across Africa and the UK fight against and understand HIV/AIDS. Having helped develop a structure in Africa for people to run the charity, he returned to the North East, only to find a dramatically different reaction to his HIV then he had before.

Twenty years ago, where people would often feel sympathetic to him or others who had HIV, he now found people would regard those with HIV as ‘dirty’ or ‘infected’. An almost open disgust to HIV has developed. Many people now would feel uncomfortable touching the skin of someone with HIV, despite it posing them no risk. We would not see such a reaction towards someone with diabetes. These reactions, he noted, were particularly strong in the North East, with a slight gradient across the country with more positive reactions further south. Many HIV positive people now hide their disease from others for this reason, fearing the reaction they would elicit.

Imagine for a few moments that you found out you were HIV positive. Imagine how you would feel, knowing that for the rest of your life, you would have to take drugs that tend to have very serious side effects, that you won’t be able to have unprotected sex with someone without putting them at serious risk. Later you realise that you will have live with this disease as a secret, or face horrible reactions. You might even feel ‘dirty’ yourself. Is it right to make someone feel that way?

According to Larry, and many experts in this area, this reaction can be attributed the stigma around sex. In the UK at the moment, talking about anything sexual in a direct way is tabooed. Moreover, indirectly talking about sex through euphemisms or sexually suggestive language is generally frowned upon. By not talking about these issues, particularly in ways that we can learn about sex, we support the stigmas that have grown around STIs, as opposed to other taboo-free diseases, such as diabetes.

Sexual Health and Guidance (SHAG) Week is a perfect opportunity for us to help combat these issues. By talking more openly about sexual issues, even if just for one week, we can help to break down the barriers around the topic of sex. Sometimes we forget that people with HIV and other sexually transmitted infections are still human beings. As such, it is important to recognise the pressures with which people with such diagnoses struggle, rather than simply numbering the risks of various STIs.