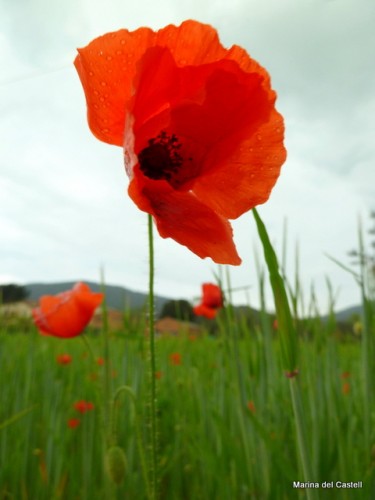 Perception, Interpretation and Remembrance of the Great War Through Poetry and Fiction

The First World War has undoubtedly taken an unprecedented and exalted role in British and world history, culture and imagination with a pervasive rhetoric of tragic heroism, sacrifice, ultimate futility and both the rejection and celebration of the concept of chivalric suffering. The literature of the Great War has contributed significantly to the overriding perception of the conflict over the last century and has to a certain extent provided the lens through which we view the years 1914 to 1918 and beyond. But how far has fiction and poetry alone actively ‘shaped’ and sculpted our view, independent of the realities of war and war experience? Only a small proportion of the literature produced during the war and in its aftermath has secured its place in popular imagination and post-war culture, while the fiction and poetry itself was also primarily created by an unrepresentative minority of soldiers or civilians. Furthermore, we must consider war literature in the context of that which followed it; the compromised peace, a trend of disillusionment, the descent yet again into the horrors of war and the subsequent conflicts of the twentieth and twenty-first centuries. Hindsight has allowed us to recognise the futility of the Great War, furthering the sense of tragic loss and heightening the potency of war art.

The ‘literariness’ and artistic value of the Great War has certainly affected the way in which we view the realities of the war, its purposes and most importantly, its tragedy and failings. The poetry of Wilfred Owen or Siegfried Sassoon for example, refuses to ‘prettify’ war, proclaiming itself as self-consciously ugly and attempting to portray the raw, uncensored truth to the blinkered eyes of the public. War poetry moved away from excess and artifice towards the modernist trend of simplicity and reality. War literature was authenticated by its reflection of the lives and experiences of its authors during the war. It was devastating in its apparent honesty and often constituted the requisites for a classic literary tragedy; a loss of innocence, an inescapable predicament and ultimate death or destruction. Many poets and writers were well versed in Romantic, classical or Decadent artistic traditions and used their themes of death and catastrophe to shape their work, while others relied on adapting the words of their predecessors to express the inexpressible and describe the indescribable. However, in contrast to literary and social traditions, many poets and authors rejected the concept of the nobility of sacrifice and the honour of ‘the old lie’—as Owen describes it —of suffering or dying for one’s country. While this marked change in literary and social values and the increase in a protest culture against the war were certainly not brought about by war literature, the arts in Britain certainly reinforced and probably catalysed the trend, cementing its place in the modern perception.

Despite the horrors of conflict and the work of writers during the war, the full extent of the tragedy of war, its horrors and its futility, only became truly evident in its aftermath. Once the casualties and costs had been counted and the promised utopian world of freedom and democracy failed to materialise, the public became disillusioned with the war and its patriotic glorification of suffering, death and traditional heroism. Recent work has suggested that the public knew far more about the realities of the front line than is often suggested and yet it still seems that there was a thirst for knowledge of the personal aspects of the war. The public thus turned to literature to find answers to quench this thirst for knowledge and find expression for the horrors they had experienced. Directly after the war, the loss was for some too painful and was not a topic for discussion but once the immediacy of the war had faded and the impact had subsided, many artists were able to look back and recount their experiences, finally able to articulate their emotions. Writers were thus able to fulfil the demand of the public with somewhat ‘fictionalised reminiscences’ and convey the war in the way in which they felt it should be conveyed. Examples include Herbert Read’s ‘In Retreat’, C.E. Montague’s Disenchantment and Richard Aldington’s Death of A Hero. Hindsight had tempered the experience of war and time had allowed for thoughtful and calculated expression.

These wartime and post-war works became intrinsic to our perception of the futility of the war, cathartic in their expression of tragedy and perfectly attuned to the contemporary attitudes of disillusionment. However, the ‘reality’ of war fiction and poetry may not be as accurate or representative as professed. The image of the war as futile and wholly tragic is based on the views propagated by a small group of atypical writers. The varied experiences of the war are oversimplified by an attachment to the well-known literature and the positive aspects of war such as traditional values. The camaraderie and adventure of war felt by some are omitted from our perception. The limited war literature cannot and does not reflect the realities of wartime experience. For example, Erich Maria Remarque’s All Quiet on the Western Front was heralded as the ‘truth of war’ and yet Remarque was stationed in France for only eight weeks. Equally, W.W. Gibson’s poem ‘Breakfast’ attempted to portray the reality of life in the trenches and yet Gibson never went near the front. Wilfred Owen was a direct contrast and yet cannot be considered any more representative than Remarque or Gibson of all army experience. Owen suffered the terrible winter of 1917, some of the worst fighting at Passchendaele, shell shock, injury and eventually death in action. Owen can be considered the epitome of the tragic hero and of the dominant perception of the war, but certainly cannot be seen as representative of real army experience. In contrast, some looked back on the war with nostalgia and a focus on the strong comradeship. This is certainly not the memory of war that is propagated and has entered the popular imagination. Furthermore, many ‘soldier-writers’ were often educated middle class officers. There is little fiction or poetry conveying the experience of lower class soldiers or civilians. Although understandable in the gendered context of war, literature by women has also been omitted from the popular view of war, despite their precedential involvement in the conflict.

The literature which has come to represent our perception of the war expressed artistically an already established attitude towards the conflict and the way in which it was felt it should be remembered. We have come to see the First World War as an ill-informed and naive clash between the innocent and archaic values of the nineteenth century and the devastation of the twentieth. Arguably, the war was tragic enough in its own right without the need for exaggeration through art. The pain and tragedy expressed by these writers simply provided an artistic form that was considered marginally adequate to convey the feelings of so many in Britain, Europe, America and across the rest of the globe. Such poetry gained further meaning in the aftermath of the war and in the realisation of its futility, particularly after the descent into another total and horrific world war just twenty years after the peace treaty was signed in Versailles. To some extent, it can be suggested that perhaps, whether consciously or unconsciously, we have ‘shaped’ our own perception of the war through literature by interpreting it through an existing set of values. The rhetoric and motifs of our culture of remembrance are pervasive (the fallen chivalric hero, the ‘ultimate sacrifice’, the nobility of suffering) and yet many of these ideas were condemned by war writers. Their rejection of the heroism of war and the pure, unadulterated and unjustifiable suffering has been sometimes misconstrued. To some extent, our perception has been shaped by what we want the war to have proven and we have chosen our own readings of literature in order to do so. Art and literature has certainly come to form the lens through which we see the Great War. What is more in question is how far that lens has affected our vision.