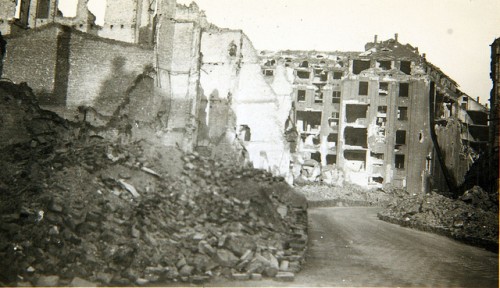 Sorry Seems to be the Hardest Word…

Wars do not just end once the armistice is signed and the combatants have agreed to a ceasefire. During WWI, German occupying forces devastated the Belgian economy by requisitioning resources, deporting labourers and moving entire factories to Germany to support the war effort. The Allied bombing of Dresden in World War II left the city in ruins and 25,000 civilians dead. The Kosovo War in the late 1990s left over 200,000 internally displaced in its wake. With the development of total war, the effects of war, and the consequences of decimated populations or devastated infrastructure, persist long after the cessation of conflict. However, these lingering effects of war are not exclusively tangible: political apologies are also a significant part of the postwar process, and have significant effects for the populations issuing and receiving the apologies.

The practice of governments and heads of states apologising for historical wrongs has become particularly prevalent in recent years, such that the post-Cold War era has been described as the ‘age of apology’. Apologies entail an admission of wrongdoing and acceptance of responsibility, and also ratify certain interpretations of history. Official, political apologies can contribute to reconciliation between former aggressors and aggrieved parties, but can also lead to protest if the apology is perceived by its recipients as insincere, or if the population on whose behalf it is being offered claim that no apology is required. In the cases of post-WWII Germany and Japan, in particular, the issue of apologising and paying reparations for their war crimes during WWII remains hugely significant and continues to effect the domestic populations of these countries, and the victims of their actions.

In terms of the international effects of apologies, the sincerity of a political apology, and hence its likelihood of achieving reconciliation, can be undermined if it is perceived as inadequate, or is not substantiated by material compensation. In the case of minor wrongdoings, a simple verbal apology may suffice. Merely saying sorry in the case of more serious wrongs, however, can suggest that one has failed to understand the severity of one’s actions. Despite the lack of public apologies in the 1950s, in 1970, West German Chancellor Willy Brandt expressed sorrow and German responsibility for the Holocaust, and in 1985, President von Weizsäcker publicly mourned the death of six million Jews and other victims of Nazi persecution. As a result of the sincerity and immediacy of these apologies, Germany has been able to rebuild its relationships with France, Poland and other victimised populations. By contrast, only in the 1990s did Japan truly begin to apologise for its war crimes, and even then, most ‘apologies’ were vague, ambiguously worded statements of remorse. For instance, in 1984, the Japanese Emperor, on an official visit to South Korea, stated that ‘it is regrettable that there was an unfortunate period in this century’ – a fairly casual way to allude to Japan’s brutal wartime colonisation of the Korean Peninsula. Such insincere statements fuel lingering resentment, doing more harm than good to already strained foreign relations.

The payment of material compensation for past wrongs is also a significant component of postwar international relations. Just as leaving an apologetic note on someone’s windshield after denting their car would be inadequate without the promise of paying for the damage, without material compensation, political apologies often risk being perceived as insincere. Germany, on one hand, began reparations payments as early as 1951, and by 2002, had paid approximately $60 billion in reparations to Holocaust survivors. Though unprecedented in scale, there are limitations to the German redress scheme: some members of the Jewish community claim that genocide can never be compensated for; and compensation has been lacking for the Gypsy community and former forced labourers. On the other hand, Japan has failed to directly pay compensation for the 200,000 Southeast Asian women forcibly held as sex slaves (or ‘comfort women’) by the wartime Japanese army. Instead, these women have received minimal compensation through Japan’s Asian Women’s Fund, which is privately funded and hence does not constitute official compensation. These actions have caused protest, particularly in South Korea, where the fund is perceived as an attempt by Japan to evade culpability. Ultimately, the decades spent atoning and compensating for the crimes of the Nazi era have enabled Germany to come further in rebuilding relations with its neighbours and former victims than Japan, whose victims are, in many cases, still awaiting both material and moral redress.

Political apologies are also hugely significant for the domestic populations on whose behalf they are issued. The act of apologising involves ratifying a certain interpretation of history – often one with which domestic populations disagree, not wanting to remember their brave soldiers as war criminals. Accepting an unpleasant past can often result in historical revisionism and conservative backlash. Whereas apologies by German heads of state have largely been accepted by the German public, Japanese equivalents have often resulted in domestic uproar. For instance, the Japan Bereaved Families Association protested the Japanese government’s attempts at apologising in 1995, causing the resultant apology to be regarded by its intended recipients as insincere. Furthermore, textbooks in Japan are heavily censored, denying the military’s responsibility for the ‘comfort women’ or the Nanjing Massacre. After apologetic statements have been issued by the government, prominent Japanese politicians have, in several cases, denied Japanese aggression during World War II. These actions undermine any attempt by the Japanese government to apologise for their past. Contrastingly, Holocaust denial is illegal in Germany, and the Allied occupation initiated a process demilitarising German education. That is not to say, however, that Germany’s wartime history is unanimously accepted: conservative historians in the 1980s sought to relativise the Holocaust to other atrocities, and a museum exhibition in the 1990s challenged the widespread belief that the Holocaust had only been conducted by the ruthless, ideologically-driven SS, not regular soldiers. Though Japan is gradually accepting the darker chapters of its history –even cooperating with former adversaries China and South Korea to produce a textbook that presents a mutually agreeable account of WWII – Germany has shown considerably greater progress in terms of coming to terms with its past, even creating a word (Vergangenheitsbewältigung) to describe this process.

The effects of wars are still felt generations later. By apologising sincerely and promptly, Germany has largely reached domestic agreement about its war crimes and been able to reconcile with its former victims. For Japan, denial of responsibility has further complicated relations with former combatants, and facilitated nationalistic protests of every attempt at apologising. The German case demonstrates the importance of confronting the darker chapters of history, and the Japanese case the problems that can arise when the lingering effects of war go unaddressed – lessons which are particularly salient as the centenary of WWI’s outbreak approaches.