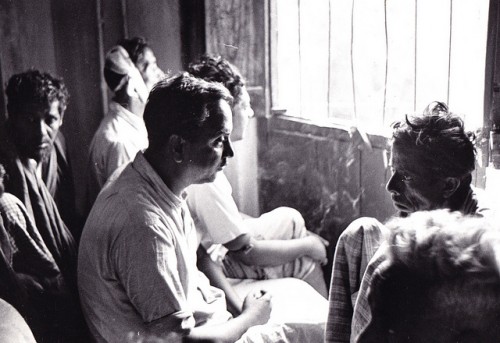 The Damage After the Shells Stop Falling: An Anecdotal View

War is an awful thing. An absolutely, hideously, unfathomably awful thing. The shocking devaluation of life has brought with it some of the worst horrors mankind has ever witnessed. In this piece, I’ll be writing about one war in particular, the 1971 Bangladesh Liberation War, and how I’ve indirectly seen it’s repercussions on those around me as I’ve grown up.

The People’s Republic of Bangladesh was born out of a bloody, gruesome war. For 8 months, the Pakistani Army dealt out a wave of hideous atrocities upon one of their own territories, the then “East Pakistan”. Around 1-3 million civilians lost their lives in what was potentially one the worst genocides in history. The systematic rape of over 400,000 Bengali women, and the massacre of over 400 students and professors at Dhaka University are just some events which highlight the brutality of this genocide.

I foolishly never realised this until recently, but my Grandparents were directly in the epicentre of this war. Three of my Aunts were scrambling around makeshift underground shelters and cowering under beds, hiding from the Pakistani shelling of local villages, while my Grandmother was cradling my new-born Father, trying to keep him out of earshot of what was happening around them. He was born on the very day that Bangladesh declared independence from Pakistan, on 26 March 1971. The first 8 months of his life were spent in a warzone.

I can’t begin to fathom how you deal with living through something like that. The atrocities going on around you may be horrific, but it’s the damage wars like this cause psychologically that is perhaps of most concern. From some of the things I’ve heard growing up, I wouldn’t class certain members of my family as racist knowing what I do now. I’d say that their views have been damaged. They’ve been skewed, twisted, warped, and bent out of shape to the point where you cannot actually tell what they were before the events that transpired. Obviously there was a lingering abhorrence towards Pakistanis afterwards, I’ve heard this directly from elderly family members. But surely, is this not just a by-product of war? It’s what it does. It drives an opinionated stake between communities, or even between countries, that can only dissolve away slowly with time. I’ve witnessed this first-hand amongst the mixed Asian community back home, and it’s actually quite jarring to see amongst the quite tolerant British culture I’ve grown up around. What follows is an anecdote which might bring to light what I mean.

Our local Mosque was set up by a group of local, more elderly Muslims. It just happened that these men also happened to be predominantly Indian and Pakistani. One day, several fellow Muslims, who just happened to be Bengali, laid a very bold claim to the men who ran our Mosque. They claimed that the Bengali community was not being represented properly, because no members running the Mosque were Bengali. They demanded this be taken into account. What ensued was, to me and my pre-pubescent friends, a rather hilarious, and somewhat magnificent, spat between some of the most respected members of our Muslim community However, the entire event emanated from a few men’s deep-seated belief that it was wrong not to have any Bengalis in charge. An analogous situation would be if a group of English Christians were to walk into their Church, run by a German priest, and just demand some form of power. It just wouldn’t happen. In theory, the nationality of those in charge should have made no difference to how the Mosque was run. So why was it an issue? Whether the Bangladesh Liberation War had a part to play in creating the illogical opinions of these men is debatable, yet possible.

What I’m trying to say is that this is an example of what war can do. It drives a stake between communities, and sometimes time just isn’t a good enough solvent to dissolve it. Unsubstantiated opinions, mistrust and resentment within some people can linger for unnatural amounts of time. Don’t get me wrong here, I’m not saying that every Austrian feels a little emotional whenever they hear Franz Ferdinand playing in a bar. I merely make the point that, amongst a few groups, hostilities linger post war, sometimes for very, very long periods of time. These hostilities amalgamate themselves into the daily lives of those who possess them, and thus into that of those around them. It’s when these hostilities come to fruition, when they bubble up in people whom you wouldn’t think had it in them, that we see the true remnants of war.