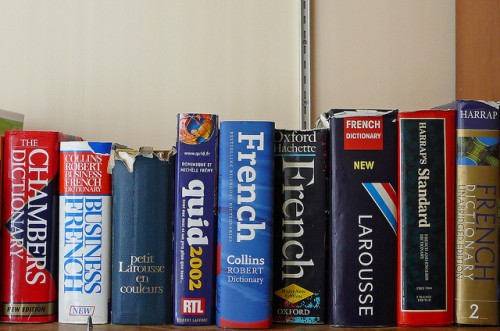 Until around 400 years ago translators were commonly strangled or burned at the stake. These were mundane occurrences at the time; William Tyndale, for instance, the seventeenth century translator of the Bible into English, met this unsavoury fate since his translation was seen as a direct challenge to the hegemony of the Roman Catholic Church. Thus, for obvious reasons, it was then common for translators to be anonymous, and still today the name of the translator is often neglected in publications. It is almost as if the publishers want to hide the fact that the text has been mediated or potentially changed, with no reference to the skill of the mediator.

Today, the public status of the translator has thankfully changed. Often they do still remain almost anonymous or go unnoticed, but the ropes and fire used upon them before now take the form of a tightrope above a pit of flames, rather than strangling and burning at the stake. The translator must be cool-headed and extremely skilful to execute a courageous balancing act such as this, where the tiniest mistake could mean the end of everything, and where one must concentrate on a thread of meaning, while still taking into account the surrounding principles of balance, performance and overall aims. Here it concerns less a slackline, more a delicate bridge between two nations- two whole cultures even- which, if established securely, will lead to mutual understanding and acceptance between the two ways of life. All this rests on the shoulders of the translator, who has to positively contort not just the words, but a whole culture conveyed in the inherent or implied meaning of the words, to fit into the completely different mind-set of the target audience.

Ironically, the word used to express a spirit of a time or culture is often “zeitgeist” – a loaned German word literally meaning “time spirit”. According to an individual’s experience of the past, individuals often have different outlooks on life; an outlook which is often common to people of the same mother tongue. Thus cultural words are often not translatable, because they refer to a specific historical event or a cultural concept, of which foreigners will not understand the relevance.

The Arabic word “insha’allah”, for instance, has a literal meaning of “God willing”. It is the first word any visiting foreigner will notice, as it is used after any phrase which implies the future, just to acknowledge that – in the speaker’s view – anything in the future is ultimately up to God, so nothing can be taken as a certainty. Such phrases are extremely difficult to translate. The Arabic phrase “Alhamd’allah”, a further pertinent example, can literally be translated as “thank God”; in English, however, this phrase has negative or slightly disrespectful connotations towards a God, which must also be taken into account by the translator. An alternative translation could potentially be “Thanks be to God”, which at first sounds more pious, but is it really conveying the same concept, by using a phrase taken directly from the Bible to refer to the Christian God, when the original phrase was referring to Allah, the Muslim God? In the face of such unsolvable problems the translator must choose the version most suited to the text type, the audience, and the context. Thus the role of the translator is very broad, but at the same time very fragile – one seemingly innocent phrase could give an entirely undesired impression or even cause offence or outrage amongst a particular audience.

It is mostly necessary that a translator renders a foreign text into his or her own language, so that they can understand the target culture and audience, and therefore avoid any potential uproar or misconstrued cultural connotations. As the translated text acts as a medium between the two cultures, however, the translator must also have sufficient understanding of the culture of the source text, to be able to fully understand the meaning of a potentially untranslatable phrase. Sometimes, however, even with any amount of research into the culture and contemporary usage of the source text, it is difficult to translate accurately, and often the only solution is to find an equivalent in the target language for comparison, or to explain the concept in an added phrase or footnote.

Problems such as these routinely occur in translations of lyrical prose and poetry. It is hard enough converting rhyme and rhythm into a different language, let alone connotations and hidden cultural meanings of words, which tend to be very common in creative texts. How, for example, would you translate the subtle difference between the two twentieth century versions of German word order after “weil” (meaning “because”), one of which is more typically Jewish?

Some scholars doubt the translatability of the history, cultural concepts and general context behind a poem so strongly that they make it their work to find an equivalent or closely fitting poem in the target language. The children’s novel Inkheart, for example, begins with a poem which, in the original German version, is a very dark and very grave piece referring subtly to the Holocaust and the writer’s harrowing related experiences, without explicitly mentioning the events themselves. The poet’s personal experiences are mediated through his choice of words, which would have certain relevant connotations to German ears, and through his being generally well known and established as a Holocaust writer. Neither of these can be exactly translated into English, and, even if the translator could somehow make it clear within the boundaries of lyrical or poetic text, one cannot avoid the poem’s cultural-historical specificity. Thus it is unlikely to have the same effect on an English audience, an audience unlikely to have any direct links to the German past, which would prevent the poem having the desired effect upon them. For this reason, a completely different poem has been chosen to open the English version of Inkheart. It is much lighter, and inspires connotations of an evening in a cosy cottage in the countryside – starkly different to a poem inspired by a horrific historical event. It was the role of the translator here to choose an equivalent based not on meaning, which may be misinterpreted, but on the basis of its ability to serve as a functional introductory poem. Should it create a desire to read further, inspire a sense of mystery and magic within the young reader? Should it make them think of the history of their country and its relevance to the present? This is a recurrent theme in the book itself, but obviously cannot be translated directly, as each country has its own individual history, so other solutions must be found.

The role of the translator, then, is not merely that of a delivery person, but more that of a teacher, a researcher, an acrobat or an ambassador. The task needs to be taken seriously and approached with an impressive, substantial knowledge of the background of both cultures.

The amount of thought given to the translation of one word could last several days. It requires a very certain kind of skill and talent, and is something I will always find fascinating. I could let my enthusiasm get the better of me and expand also on my equally high opinion of interpreters – who might have less than a second to conjure up a sensible translation – but for now I will bring my article to a close at a culturally acceptable length.