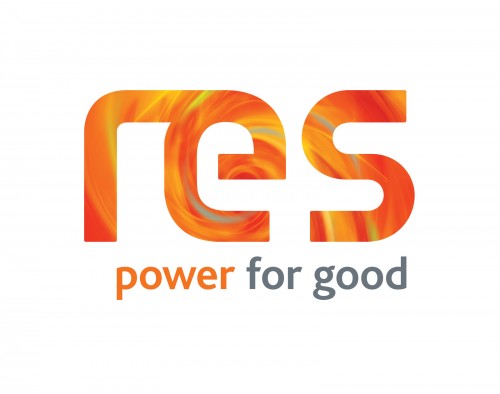 Don’t let anyone (including yourself) tell you that you can’t find a paying job you’ll love. I’ve been working in renewable energy for Renewable Energy Systems (RES) for almost eighteen months now and I can’t imagine myself doing anything more engaging, rewarding, or fun for a living. My current adventures have taken me to Glasgow, where I have joined the wind resource analysis team. Essentially, the team uses data collected from instruments on a potential wind farm site plus third party meteorological data to generate a forecast that can be used to determine how much power would be generated if a wind farm was built there.

I thought, now that 2014 has passed, it would be a good time to write about my experiences with RES’ strategy department. Strategy is based in Kings Langley, Hertfordshire, at the RES headquarters. Strategy’s role is to investigate potential and current areas of RES business by conducting research, building economic models and reporting its findings back to various departments within the company. Strategy is also the department that responds to national and European consultations regarding changes to relevant regulations and laws. For that reason, it was important for me to stay up to date with cutting edge developments in renewable energy news whilst working in the department.

My first project was to learn about the government plans for renewable energy subsidy auctions (which are being implemented this year). I had to read up on published studies on different auction designs to inform consultation responses on current government proposals. I even had a go at designing what an optimal auction design could look like.

My next project was to research a number of different countries and identify which would be the most effective new market for RES to enter with regard to onshore wind development. I was given a great deal of freedom in terms of methodology. I started by comparing different countries by juxtaposing various risk indices available from the Organisation for Economic Co-operation and Development (OECD), Fund For Peace and consultancy firms with internal wind resource data and other data available from the World Bank. There were many published papers and reports on onshore wind development covering specific countries. By pooling this information together, I was able to create a shortlist of countries and write a detailed report on each one.

The largest project I worked on was an extensive look at interconnectors within Europe. Interconnectors are high capacity, high voltage transmission cables which carry power between countries. These links allow a country to have greater security of supply and such projects make up the EU’s vision of a continental “supergrid”, where the increasing build-out of renewable energy could be shared across the continent. The project involved studying the economics of these interconnectors and eventually evolved into building a model that could forecast how revenue from interconnectors could change over time. One of the highlights of the project was getting to go to the RES office in Gothenburg, Sweden to present some of my findings.

The year was full of a wide variety of exciting opportunities. I went to many conferences and policy meetings in London to take notes and report back. All the graduates, including myself, got to attend a negotiating and influencing skills course and the week-long CREST summer school at the University of Loughborough to learn more about wind power.

Overall, my time in the strategy department has given me an extensive understanding of the world of renewable energy, honed my research and analytical skills, and granted me invaluable experience in a department critical to the future of the company as a whole. Most of all, I am grateful to have had the privilege of working with a team of passionate, bright, innovative thinkers who are devoting their careers to the renewable energy revolution.