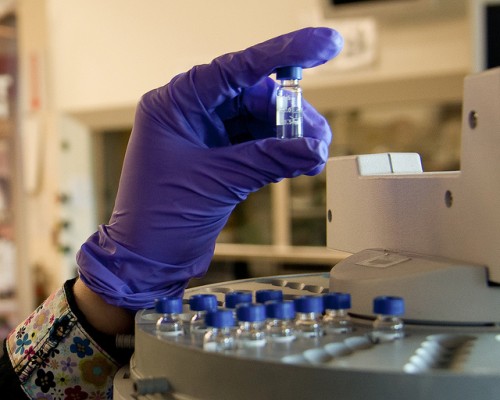 Although science has been hailed with many great discoveries and has saved many lives, it has also been exploited and used to create weapons. Bioterrorism describes the deliberate use of microorganisms such as bacteria, viruses or toxins to spread diseases that threaten the lives of many. They are often genetically modified to be incredibly infectious and transmissible, have long incubation periods and evade medical intervention. These diseases can be more devastating than attacks using chemical weapons because they cannot be contained within national boundaries; they can spread throughout the world causing mass scale death. Bioterrorism is not a hypothetical situation, however, as the use of biological agents to cause disease has occurred for thousands of years.

As early as 600 BC, armies used filth and animal carcasses to weaken opposing forces, as well as polluting their water with hazardous biological agents. More recent examples exist, notably the Tokyo subway sarin attack. In March 1995, five members of the terrorist group Aum Shinrikyo killed twelve people using liquid sarin contained within plastic bags. The members of the group boarded different trains within Tokyo subway station, pierced the bags, and left. The sarin leaked out into the train car, and as a drop of sarin can kill an adult, the effects were fatal. Sarin is a volatile nerve agent; it can quickly evaporate into vapour and spread. It inhibits the acetylcholinesterase enzyme in human nerve cells meaning that the nerves continuously fire, leading to heart and muscle problems and spasm. In addition to the twelve deaths, 37 individuals were classed as critical, 47 severe, and 984 were classed as ill with vision problems.

Another agent that has been weaponised is Bacillus anthracis, the agent responsible for causing anthrax. It causes disease mainly in large animals, and human infection is only really found in those who work in close proximity to farm animals. If anthrax is inhaled, pulmonary symptoms such as fever, malaise and chest discomfort are triggered; and after several days shock, meningitis and death can occur. Following the attacks on the World Trade Centre in 2001, letters containing anthrax spores were sent to democratic US senators as well as media companies. The attacks came in two batches, the second more potent than the first. Of the twenty-two people who developed anthrax, five died of the infection. It was originally thought that foreign Islamic terrorists posted the letters; however, researchers found that the anthrax used in the attack had four mutations which was directly related to spores generated in 1997 by Bruce Ivins, a senior biodefence researcher for the US army. Ivins was not only a co-inventor in an anthrax vaccine technology, but he also helped with the investigation. The FBI were about to charge Ivins before he committed suicide in July 2008.

There is a recent danger that biological weapons may be used in Syria due to a shift from the research of biological agents that are potentially hazardous to their creation, although it is thought that an effective delivery system has not yet been found. James Clapper, the director of national intelligence at the Senate Intelligence Committee confirmed Syria’s biological warfare programme in 2013, stating, ‘We judge that some elements of Syria’s biological warfare programme might have advanced beyond the research and development stage and might be capable of limited agent production, based on the duration of its longstanding programme.’

Syrian president Bashar al Assad’s programmes are based at the Scientific Studies and Research Centre (SSRC) in Damascus, which has impressive units for pathogen research, and also at government laboratories in Aleppo and Homs. The threat is that biological agents could be released on populations without endangering Assad’s military and government.

Smallpox is a disease caused by the Variola virus which was eradicated by a vaccination programme led by the World Health Organisation. The last case was in 1979 and all known stocks were destroyed apart from two which remain in laboratories in the United States and in Russia. It is argued that these stocks should be destroyed, however they may be needed for research purposes if an outbreak did ever occur. There is uncertainty and unease that Syria may actually possess genetically modified strains of the disease obtained from North Korea, without the knowledge of the rest of the world. This is incredibly concerning as genetic modification could make the disease more deadly than ever before.

It is easy to focus on the risks of chemical weapons, but biological weapons should not be ignored as they potentially pose a greater threat, especially if they are genetically modified to cause as much devastation as possible. The rise in high security laboratories and the increasing number of people able to access them is concerning. Furthermore, with the ease of modern day travel, diseases can easily be transmitted to all parts of the world, infecting millions, in only a small amount of time.