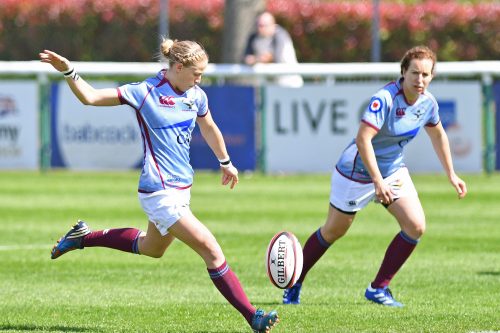 This Girl Can: The Cost of Empowerment

I was recently sent a link by a male colleague to a website where one could apply to be the next face of Sport England’s This Girl Can campaign. This was actually a joke on his part as, in the eyes of my friend, the movement has many problematic and even damaging aspects. For a while it was difficult to comprehend why someone, who is by no means sexist or unpleasant, would chose to deprecate a campaign that most women would be proud to be associated with. Yet, upon further evaluation of This Girl Can one will encounter a flaw that almost certainly played a role in this reaction.

In an effort to attract women Sport England has placed disproportionate emphasis upon the female element of the campaign whilst failing to negotiate the underlying reason for which empowerment was required in the first place. This is an issue which presents itself at the head of the This Girl Can website, where one is met with the following statement: ‘we [the campaign founders] want to help women overcome the fear of judgement that is stopping too many women and girls from joining in’ (Sport England, 2017). Here, it is rightly claimed that women are reluctant to participate in sport due to the fear of judgement, yet the authors have neglected to mention the sources from which it appears. The omission of a detail which is fundamental in determining the overall success of This Girl Can is a precarious strategy. Whilst women in the short term will gain confidence as a result of the campaign, there will come a time in which the movement is dropped and fears of critique re-emerge as their roots were never truly addressed.

It is presumable, from the lack of male presence anywhere within the campaign, that these are the people whose opinions are most feared. Although this theory is not explicitly stated as fact, there is a plethora of supporting evidence to be found from other sources. In 2008 the Women’s Sport and Fitness Foundation published an article detailing the barriers to women in physical activity, in which two of the main problems discussed were ‘the male-dominated culture of sport’ and ‘sexual harassment’. Meanwhile, in an investigation led by BT into the lives of elite female athletes, 80% of respondents stated that they felt pressure to maintain a particular body type whilst 67% feared that the media valued their appearances over sporting achievements. This was a concern recently acknowledged by Jessica Ennis-Hill, who was allegedly called ‘fat’ by a senior coach at British Athletics (Kessel, 2016). Thus, with female objectification appearing even at the highest levels of sport, it is of little wonder that the remainder of the population may feel intimidated at the prospect of exercising around men.

Further investigation of This Girl Can’s web page reveals a highly feminine layout; purple is the dominant colour, framing quotes and images of women from various walks of life who are active and uninhibited. It screams of a haven created to remind women of the joys of physical activity, free from the potential threat of male judgement. Nonetheless, there is an overriding sense of exclusivity to this domain – it is a world where men are made to feel unwelcome or, at the lowest level, completely ignored. Simply pretending that men do not exist, however, will not make them, or the problem of judgement disappear. Instead, herein lies the fundamental flaw to This Girl Can. Alienation of the male population from the campaign makes it almost impossible to liberate women from the fear of judgement if they are estranged from its source.

In fact, this act has only served to extend the void between men and women. Unlike before, when women were either assessed by their appearance or performance physical activity, Sport England has unwittingly created a new angle from which criticism may be given. By omitting men from This Girl Can the measures necessary to bring equality to the sporting world have been surpassed and, furthermore, imply that women are now beyond interaction with men in this field. The campaign has instigated a reversal of attitudes whereby it seems unnecessary that females need interact with males at all as a consequence of their new-found empowerment.

Hence, it is unsurprising that from a male perspective this approach has often been poorly received – as shown, for example, by my acquisition of This Girl Can’s application forms. The rejection of men by the campaign is rightly deemed to be somewhat offensive, particularly to the majority of those who have always remained indiscriminate and furthermore supportive of their female counterparts. Consequently, it is as a result of this omission that This Girl Can has to varying degrees become the new source of criticism for men. However, given the campaign’s fundamental goal of female empowerment, it is unfortunate that the majority of this disapproval is being directed towards women themselves, as opposed to the flaws in Sport England’s strategies.

For this reason, the problem of male-female interaction in sport needs to be tackled head-on. So far, the promise to women that they will not experience judgement if men are ignored has proven to be a false assurance; one that has done more harm than good. Hence, if change is truly to be made, This Girl Can must consider featuring men and women engaged in sport together. This is an arrangement from which the resulting benefits are twofold as principally, women will be exposed to examples of others exercising around men and, most importantly, doing so unreservedly. As such, it is more likely that any uncertainty regarding this situation will be dispelled, as opposed to remaining an underlying constraint that never gets addressed. Additionally, it is also arguable that men who are prone to judgement will acknowledge the untroubled attitude of men involved in the campaign and will therefore be less likely to voice negative opinions themselves.

At present, it must also be recognised that This Girl Can is a campaign established for women of all ages and therefore includes young girls within its target audience. Thus, it is ever more important that girls in their most impressionable state are not only taught to be active and self-confident but crucially, that there is no reason why this cannot be done alongside men. It is in this manner that the changes brought about by Sport England will endure through the generations – a lasting movement to challenge the efforts of previous, short-lived campaigns that have since dispersed.

This essay does not by any means intend to undermine the incredible results so far achieved by This Girl Can. In January 2016, just one year after its launch, Sport England announced that 2.8 million women aged 14-40 claimed to have taken up an activity as a result of seeing the campaign, which has furthermore prompted conversations in over 100 countries across the globe (Sport England, 2016). Nonetheless, it cannot remain unnoticed that the way in which these results were obtained currently act as a limiting factor in terms of making further progress, for criticism is a barrier faced by both males and females which, more often than not, only exists as a result of one gender imposing it upon the other. Thus, the removal of judgement from exercise may never be fully achieved unless it is addressed by means of cooperative effort in which men and women engage in activity together. It is at this stage that opportunities arise for the emergence of a shared perspective, whereupon mutual respect between individuals may encourage greater equality in sport.

Sport England (2017) This Girl Can Available at: http://www.thisgirlcan.co.uk/?gclid=CKz28amgsdICFYkp0wod__0DFw

Women’s Sport and Fitness Foundation (2008) Barriers to Women and Girls’ Participation in Sport. Available at: https://funding4sport.co.uk/downloads/women_barriers_participation.pdf

Kessel, A. (2016) ‘Let’s get physical: how women’s sport can conquer body image’, The Guardian, 12th June. Available at: https://www.theguardian.com/lifeandstyle/2016/jun/12/women-and-sport-body-image-anna-kessel

Sport England (2016) This Girl Can delivers results one year on. Available at: https://www.sportengland.org/news-and-features/news/2016/january/12/thisgirlcanbirthday/