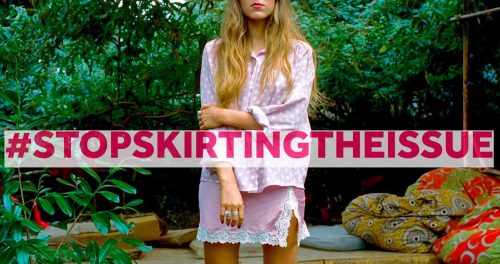 Upskirting is a form of IBSA which constitutes a fundamental breach of women’s rights to privacy, dignity and sexual expression.

This article supports the introduction of a new offence criminalising ‘upskirting’ and ‘downblousing’ as a form of ‘Image-Based Sexual Abuse’[1] under the Sexual Offences Act (SOA), as the act of creating and/or distributing a non-consensual private sexual photograph breaches an individual’s privacy and dignity. This constitutes serious harassment by ‘steal[ing] sexual gratification without consent’[2] and contributes to the normalization of non-consensual sexual activity which objectifies, humiliates, and disrespects victims. The provision should include ‘downblousing’ to incorporate all private sexual images as these are ‘gross invasions of privacy and a form of street harassment that leaves women feeling vulnerable in public spaces, impacting on their quality of life, access to public space and feelings of security’.[3] Reform is urgent; as questioned by Blanchard, why are ministers – namely Justice Secretary David Lidington – only ‘considering’ a ban on behaviour that any decent person would describe as abhorrent?[4] It will be submitted that the new offence criminalising upskirting should be part of a broad IBSA section of the SOA, alongside (but not exclusively) voyeurism and revenge porn, and that amending s67 may be the most efficient way of doing this.

Under s67 of the SOA (2003), voyeurism is the surreptitious viewing of private activities in a private setting for the purpose of sexual gratification. However, ‘the very specific drafting, and focus on privacy in a physical sense, has meant it covers only a limited range of activities’.[5]

It is recommended that the required purpose – ‘for sexual gratification’ – be removed as this unnecessarily limits the law by focusing on motives of the perpetrator rather than harm of victims, excluding alternative motives such as financial gain or notoriety.[6]

The requirement of being a ‘private’ act in a ‘private’ place is also problematic. As Freund writes, ‘[voyeurism] can also be defined as an overwhelming desire to observe a person of the preferred gender and age in some stage of undress’,[7] suggesting it can occur in many situations. Images taken in public do not cease to be private, as ‘everyone is entitled to a reasonable expectation of privacy over their own bodies in public places like shopping centers…not just in the privacy of their own homes’.[8]

Under s68, the Sexual Offences Act defines ‘private’ for the purposes of voyeurism as:

“… a person is doing a private act if the person is in a place which, in the circumstances, would reasonably be expected to provide privacy, and—

(a)the person’s genitals, buttocks or breasts are exposed or covered only with underwear,

(b)the person is using a lavatory, or

(c)the person is doing a sexual act that is not of a kind ordinarily done in public”.

These requirements are too stringent. Shopping or going to a festival are certainly not private acts yet are activities where privacy has been infringed and upskirting has occurred. Rothenberg argues, ‘one of the most fundamental and universal expectations of privacy involves the ability to control exposure of one’s body’,[9] whether doing public acts in a public space or not.

The offence is limited because of its ‘two-person rule’, as established by Thomas LJ in Hamilton[10] who confirmed the test for OPD as the perpetrator being witnessed by two bystanders doing the relevant act (in this case, photographing up someone’s skirt). This is extremely problematic as upskirting is covert. Whilst Gillespie highlights there have, in the past, been reported instances of men trying to look up skirts using mirrors, technological advancements enable this practise to go manifestly unnoticed in the modern day. In Japan, Naito and Sonoda created shoes installed with hidden cameras[11] for the purpose of taking upskirt photographs. Mobile phones with cameras installed enable people to take photos without raising suspicion.

OPD also focuses on the public rather than on individual harm, which is extremely problematic as ‘treating such behaviour as if it’s merely a sort of public nuisance completely ignores the fact that a young woman’s privacy and dignity have been violated’.[12] Understanding harm suffered to a victim is the fundamental way we can deter abuse of this nature in the long-term.
The OPD offence also lacks clarity; Hamilton exemplified this, revealing confusion surrounding many of the circumstances of OPD. For Gina Martin, a victim-survivor of upskirting and an advocate for legal change, her perpetrator was not charged with OPD – or anything at all, which ‘perhaps suggests that whoever made the decision…didn’t know or understand the law properly, or just didn’t take the matter sufficiently seriously’.[13] Martin has since said, ‘It’s an old law too – victims don’t push for it because they don’t know about it.’[14]

Gillespie argues that upskirting perpetrators are sex offenders in need of treatment to address their deviant behaviour, unlikely to be achieved by pursuing conviction under OPD which typically results in a short custodial sentence rather than an arguably necessary community sex offender programme.[15]
Why a new criminal law under the SOA is justified

Adding clarity to the law is likely to lead to increased reports and prosecutions. The colloquial nature of the term ‘upskirting’ would be rebutted if it was listed in the SOA.

Furthermore, Rackley, McGlynn and Hougton’s[16] convincing argument that there exists a continuum of sexual violence should certainly inform law-making in this area as victims of different sexual offences suffer similar harms, as evidenced by Gina Martin: ‘I struggled to sleep, from the attention and stress…I don’t think you really know how victim-blaming affects you until you’ve been there’.[17] The UK Government has previously rejected expanding the SOA because IBSA requires no element of sexual contact, sexual intent or gratification.[18] However ‘this entirely misunderstands the nature of sexual offending’ which ‘are so because of the mode of perpetration (sexual acts), rather than the motive, and are designed to protect sexual autonomy’. There are numerous offences under the SOA that do not require contact, such as grooming. Encompassing IBSA in the SOA encourages a legislative and policy response which understands it as a form of sexual violence, which has the further benefit of conferring the anonymity to victims without which many would be reluctant to report.

A broad provision encompassing the continuum of IBSA is required

Firstly, a broad provision is essential to avoid the aforementioned issue of piecemeal law-making. Although there have been positive changes in the law as a result of campaigns, ‘more often than not they represent ad hoc […] interventions that largely fail to understand the nature of the problem and, as such, are unable to tackle its root cause’.[20] The exclusion of ‘upskirting’ from the voyeurism offence is ‘a clear demonstration of how legal categories based on supposedly isolated forms of conduct and for specific purposes leave many victim-survivors unprotected’.[21]

The ‘revenge pornography’ offence, for example, focuses on photos which are consensually taken then distributed by a vengeful ex-partner without consent. This fails to protect victims who feature in sexual photographs taken and circulated for any other reason. Furthermore, as submitted by McGlynn and Rackley, framing this abuse as ‘pornography’ shifts attention from perpetrator’s actions to the content of the image and victim’s actions, facilitating victim-blaming attitudes.

Secondly, it is essential to ensure flexibility where modes of perpetration rapidly change as technology advances.[22] It is important that new legislation can be extrapolated to protect future societies from novel intrusions of privacy through IBSA.

Fundamentally, a broad law under the SOA is desirable as this will ‘[draw] the connections between different forms of sexual violence, enabling a more holistic legal and policy response’ without excluding similar intrusions to privacy such as ‘downblousing’.

Once s67 has been adequately revised to include all IBSA, to challenge the growth of IBSA and create a society which better respects privacy and sexual autonomy, a public education campaign must ensue. The revised s67 would be sufficiently broad, flexible and accessible to protect individuals from the serious harms caused by IBSA.

[2] Vera Baird in Blanchard, Paul, ‘Consider’ A Ban On Upskirt Photography? You’ll Have To Do Better Than That,’ 10 September 2017, Huffinton Post

[12] Holcroft-Emmess, Natasha, ‘Taking ‘Up-Skirt’ Photos Without Consent Isn’t A Sexual Offence, But It Should Be’ 27 July 2017, Huffington Post