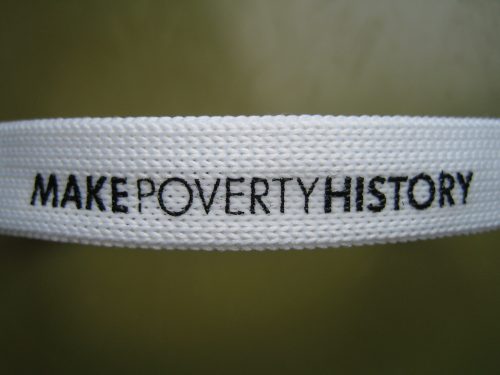 A new and insidious trend in global poverty has developed, as the burden of destitutions is becoming increasingly gendered. This phenomenon, known as the ‘feminisation of poverty’, is characterised by the disproportionate representation of women amongst the world’s poor and is rapidly intensifying. In spite of the United Nations’ pledge to ensure children of both sexes receive complete free primary and secondary education by 2030 as part of Sustainable Development Goal number four, recent figures show that progress is off track. This is evident nowhere more so than in sub-Saharan Africa, where the share of aid targeted at education has dropped from 13% to 10% since 2002 (ONE, 2017a).

On International Women’s Day, the 8th of March 2015, ONE, an international organisation that works to ease extreme poverty, launched their ‘Poverty Is Sexist’ campaign. The NGO’s movement aims to raise awareness of the widening gap between the numbers of women and men trapped in the vicious cycle of poverty, and demands that remedial action be taken to curtail this trend and help all those suffering. In 2015, their campaign focused on the barriers to development that girls encounter due to poor health, often perpetuated by issues such as HIV/AIDS. Indeed, in sub-Saharan Africa, girls are disproportionately affected by HIV compared to boys, representing 75% of total adolescents infected (ONE, 2016).

This year, ONE are emphasising the role education plays in stifling female empowerment. Their campaign opens with the startling statistic that 130 million girls worldwide are still not in school. If this were the population of a country, it would be equivalent to the 10th largest nation in the world. As part of their effort to raise awareness on this issue, ONE have developed the ‘Toughest Places for A Girl to Get an Education’ Index.

Unsurprisingly perhaps, nine out of ten of the toughest countries for girls to get an education are in Africa, the exception being Afghanistan. Within these countries, girls are 57% more likely than boys to be out of primary school. This percentage rises to 83% at the secondary level of schooling (ONE, 2017b).

Evidence abounds on the widespread benefits of educating girls, both at the individual and societal level. For women, an additional year of schooling is estimated to increase wages by 12% (ONE, 2016). For society, an increase in female labour force participation and investment in female education are estimated to reduce maternal mortality by 70% and the likelihood of conflict by 20% (ONE, 2016). Furthermore, according to fundamental growth theories such as the Lucas (1988) and Romer (1990) models, investment in human capital, no matter the gender of the recipient, will result in faster economic growth of the country they work within.

So why are female school enrolment ratios not higher? The answer, unexpectedly, is not simply about economics.

Of course, an economic argument does exist: 73% of girls in South Sudan, the number one ranked country in the index, do not go to primary school and indeed only 2.6% of the government’s total budget is dedicated to education (ONE, 2017b). Figures are similarly low for education expenditures in Liberia and the Central African Republic, also featuring in the top 10 of the index. However, the causation is not clear. Niger and Ethiopia report spending over 20% of their government budget on education, which exceeds the target recommended by the Global Partnership for Education, yet still feature in the top 10 (ONE, 2017b). This suggests a misuse or inefficient use of resources, if and when they are available, to ensure female participation in education.

Even when schooling is provided free by the government, families typically incur the cost of school supplies, uniforms and transport. And once families factor in the additional possibility of income lost from sending female family members to school instead of having them work, the benefits of education may seem less attractive, and so they are kept from receiving an education.

But whilst it is important to take economics into account, the political, social and cultural impediments faced by girls in Africa are considered to have a greater impact on their likelihood of enduring poverty.

In violence- or conflict-affected areas, parents are reluctant to send their daughters to school, as girls are three times more likely than boys to be kidnapped or raped (ONE, 2017c). Such security concerns must not be downplayed. The notorious mass kidnapping of 276 schoolgirls from Chibok in 2014 by Nigerian militant Islamists Boko Haram (meaning ‘Western education is a sin’) is tragically, not a unique event and has had long-lasting and devastating impacts. Over 1,000 schools have since been damaged or destroyed in the conflict and 1,500 have shut down (ONE, 2017b). As recently as the 19th of February 2018, news emerged that more than 100 schoolgirls were missing after another Boko Haram mass kidnapping (BBC News, 2018). This represents an upward trend in attacks on schools, an occurrence that increased 17-fold between 2000 and 2014 (ONE, 2017c). When confronted with risks of this magnitude, girls in conflict-affected countries are almost 2.5 times more likely to be out of school than girls living in countries not affected by conflict.

Socio-cultural factors also perpetuate the gender-education gap. Expectations of girls to stay at home, to look after family members and to get married and have children at a young age overwhelmingly contribute to girls missing out on important educational opportunities. For example, over half of girls in the top 10 countries in the index are married before their 18th birthday, and in Ethiopia nearly 1 in 5 girls marries before reaching her 15th birthday (ONE, 2017a). All over the world, girls suffer from ‘time poverty’ (USAID, 2017), meaning they spend more than twice as much time in unpaid domestic work as men. In sub-Saharan Africa, this disparity is amplified since girls are often the ones tasked with sourcing and transporting safe drinking water or cooking fuel as well as preparing meals and caring for their siblings every day. These demands impact their wellbeing and limit their personal ability to invest in education, which in turn restricts their ability to climb out of poverty since their lack of human capital leads to fewer economic opportunities and greater credit constraints.

A combination of these factors place girls at a pronounced disadvantage compared to boys in the quest for education and makes them far more likely to endure poverty as a result. The feminisation of poverty in recent years means that the fight for female empowerment and gender equality is inextricably tied to that against extreme poverty. Until investment in female education becomes a priority, women’s social, political and economic potential cannot be unleashed and large parts of the female global population are likely to remain in situations of hardship.

ONE (2017b) The 10 toughest places for a girl to get an education. Available at:

ONE (2017c) 6 facts that will make you think differently about girls’ education. Available at: https://www.one.org/international/blog/6-facts-that-will-make-you-think-differently-about-girls-education/

USAID (2017) Gender and extreme poverty, Getting to Zero: A USAID discussion series