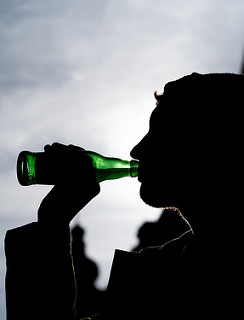 A study by Haines and Spear in 2010 indicated that over a 5-year period in a college in Illinois, a media campaign with an aim to change students’ views regarding binge drinking was seen to be the cause of an almost 19% decrease in the number of students viewing binge drinking as a norm, resulting in a 9% decrease in binge drinking overall from students. On the other hand, surely there must be other factors that alter students’ perceptions of the causes of binge drinking just as strongly as social norms, however they may be more subtle and less talked about. More reasons as to why some may turn to binge drinking are stress, anxiety, insecurity, relationship trauma and mental health issues[1]. Naturally, these causes will slightly differ in their severity or their awareness depending on the culture focused on. With this knowledge in mind comes the spectrum of opportunities and areas of work that can be investigated to alter student behaviour in participating in binge drinking, and how to target specific factors of prevention to decrease the numbers of student binge drinkers at university. On the other hand, if focusing on a large community of students consisting of international and home students, it may be more difficult to alter students’ behaviours in binge drinking if their perceptions in the causes of binge drinking differ drastically. Binge ­drinking is undoubtedly a popular activity in student culture and in many cultures on a global scale, however are there significant differences in the perception of the causes of binge drinking in different in Durham students living in the UK for more than two years, or less than two years?

In a recent study conducted in the second-year Psychology Research Methods module, the whole year completed an online questionnaire regarding their perception towards binge drinking to explore this question further. The student participants were all 18-24 years old, all lived in college in their first year of university, and all drank alcohol. The participants were numbered, and the first 10 students who met these criteria were chosen randomly. These ten participants consisted of 5 students who lived in the UK for less than two years (Group A), and 5 students who lived in the UK for more than two years (Group B).

The question that was focused on in this thematic analysis was:

“How do you think someone becomes a binge drinker and why do they do it?”

The responses of the 10 participants were examined, grouped together into similar topics with semantic and latent codes generated and labelled for data items with similar content and ideas. Themes and sub-themes were produced to incorporate some codes with over-arching ideas or topics, which were then formally labelled after being reviewed until all the data items were represented by themes.

In this table, the similarities and differences in the occurrence of responses in the themes and sub-themes present in participants’ answers regarding why people binge drink was explored between the answers provided by students living in the UK for more or less than two years.