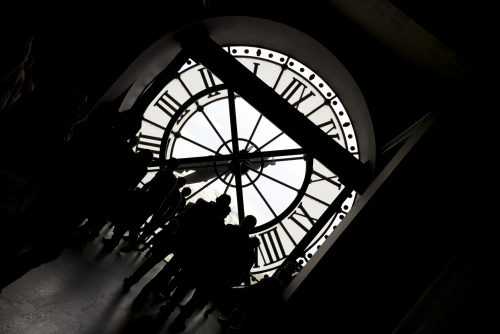 The impact of time on the accuracy of eyewitness memory

Eyewitness testimony is a statement given by people after they witness an occurrence (McLeod, 1970), and is often used in court cases to identify a suspect, or to recount information experienced during an event. This testimony is vital as it may turn a verdict in a court case: it may be one of the strongest pieces of evidence to support an explanation of the event, and this recount is still used as a reliable source of the witness’ memory of the occurrence. Hugo Münsterberg first recognised the unreliability of eyewitness testimony and noted that a witness is expected to recall the event they witnessed as precisely as a recorder (Buckhout, 1974). With this said, memory undoubtedly plays a crucial role in eyewitness testimony, and may be the main reason why it is not always accurate.

Multiple studies have demonstrated that eyewitness testimony is inaccurate (Buckhout, 1974), and Ulric Neisser supported this view by stating that “neither perception nor memory is a copying process” (cited in Buckhout, 1974). Memory is seen as an active operation that can be modified to a version of perhaps what is expected to happen, due to personal knowledge and comprehension of society (Allport & Postman, 1947). Furthermore, Loftus and Loftus claimed that there is no scientific substantiation to support that as soon as long-term memories are stored, they are lasting and able to be recovered (Loftus & Loftus, 1980), further putting the reliability of eyewitness accounts into question. A well-known case illustrating the implications of false eyewitness testimony due to the unreliable nature of memory was in 1995 in a massive case in the US, when Ronald Cotton was incorrectly named as the rapist of Jennifer Thompson and sentenced to life in jail, and more than ten years later was released after the use of DNA testing (Laney & Loftus, n.d.).

The multi-store memory model proposed by Atkinson and Shiffrin (1968) may provide insight into why memory is inaccurate when it comes to eyewitness testimonies. In their model, memory is separated into two stores: a short-term memory store and a long-term memory store. The short-term memory store has a very restricted storage capacity and fast input as well as retrieval (Baddeley, 1990),and is thought to contain unprocessed contents (Raymond, 1969). Information is assumed to be kept in the short-term store and then transferred to the long-term memory store after rehearsal (Craik & Lockhart, 1972). Information in the long-term memory store is predicted to be permanent (Atkinson & Shiffrin, 1968), with unlimited capacity, and it is slower in the registering and retrieval of information (Baddeley, 1990). The presence of the stores and their characteristics and limitations may help to explain why eyewitnesses may not remember crucial details of an event long after, or, even more worryingly, immediately after experiencing a distressing event.

In this experiment, a section of a distressing documentary video of a bride kidnapping was shown once to participants for around two minutes. 44 Participants (27 Females and 17 males) were used, aged between 18 and 59 years old. Participants were not told they were going to be asked questions about the video after because this made it more realistic, as when an event such as a crime unfolds before eyewitnesses they do not know immediately that they will have to answer questions on the event (Hola, 2018). All participants did a distraction task of counting backwards from 100 for 45 seconds, and half the participants responded to questions on the video immediately after the distraction task, and the other half answered the questions 24 hours later. It was predicted that participants in the long-term condition will have less accurate recall of details from a video than in the short-term condition, because after a longer period of time, if the information is not rehearsed and interference is not present, the information will not be transferred into the long-term memory store from the short-term memory store, hence will decay.

Fig.1. The dispersion of values of participants’ correct responses out of 12 in each condition.

Overall, participants were significantly less accurate in their correct responses in the long-term condition (mean number of around 7 correct answers out of 12) than in the short-term condition (mean number of 10 out of 12 answers remembered correctly). On one hand, the results fall into place with the multi-store memory model, as participants in the long-term received a lower number of correct responses than in the short-term condition, which may be due to interference causing forgetting information in the long-term system (Baddeley, 1990). This interference may be in the form of the misinformation effect. The misinformation effect states that memory of what people experienced can be shaped by external information (interference) that people encounter after an occurrence, which causes people to incorrectly remember certain information of an event (Laney & Loftus, n.d.). The imperfect number of correct answers in the short-term condition can be explained by the Atkinson and Shiffrin multi-store memory model, because not only is the memory store greatly limited in its capacity to store information- the information in the short-term memory store decays from 15 to 30 seconds after the presentation of information- but rehearsal of the information may prevent some of the information from decaying (Atkinson & Shiffrin, 1968). Moreover, the Brown-Peterson paradigm states that there is a quick forgetting of information from the short-term memory store after a person is distracted (Baddeley, 1990), which would be explained by the presence of the distraction task after participants watched the video. Although multiple studies support the findings produced in this experiment, a case study of eyewitness memory of a gun-shooting crime in a store by Yuille and Cutshall (1986) found contrasting results when investigating eyewitness testimony. The police conducted an interview with witnesses straight after the event, and witnesses’ answers were compared to research interview questions on the event 4-5 months later. It was found that the witnesses were very accurate even after a long period of time despite the use of misleading questions and stress. This may illustrate that perhaps memory is not as straightforward and simplistic as illustrated in the multi-store memory model, as there are additional factors and characteristics that may have caused these results in addition to, or instead of the dichotomous characteristics of memory as proposed by the model.

Overall, this experiment has highlighted the disadvantages of using eyewitness testimonies due to the unreliable, dichotomous nature of memory. In court cases this need to be taken into consideration, as the possible implications of the inaccuracies in eyewitness recounts could be detrimental not only to one person’s fate, but to society in general. The findings worryingly indicate that even if eyewitnesses of an event were questioned as soon as 45 seconds after the event, this time would be enough to cause incorrect answers to be given to questions regarding the event due to the rapid decaying nature of memory and, if questioned a day later, would have an even greater negative consequence on the accuracy of answers. This may result in the destructive impact of the innocent being wrongly convicted, while criminals are unaffected by justice.