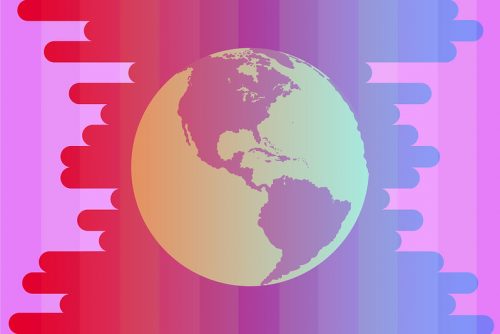 On the 22nd October 2018, the government launched its plastic straw ban. The decision was made as a reaction to fears of the threat to marine life posed by the 150 million tonnes of plastic sitting in oceans all over the globe. It is estimated that, as a nation, England uses 4.7 billion plastic straws a year.[1] One finds, however, that while billions of plastic straws end up in our seas, this only amounts to about 0.022% (to 2s.f.) of the mass of plastic waste that hits our oceans annually.[2] So, in reality, the straw ban is an example of an action that merely alleviates our collective sense of guilt when it really achieves very little. While Greenpeace have named the ten companies most to blame for plastic pollution, with Coca-Cola at the top of the list, measures to reduce this pollution continue to hit consumers and not big corporations.[3] This article will discuss the myth of the responsibility of the consumer to tackle the climate crisis that has formed the response to increased eco-anxiety, while arguing that the fault lies at the feet of late-stage capitalism.

Karl Marx believed the population falls into two distinct classes, the proletariat and the capitalists. The latter own the means of production (the factories etc.) and derive profit from the circulation of commodities, while the former sell their labour in order to live (producing the commodities sold by the capitalists).[4] Hereafter, I may use this terminology in order to make my points clear. Essentially, I wish to utilise the Marxist dichotomy in an environmental context, arguing that it is the capitalists, not the proletariat, who need to take action.

Firstly, I would like to point out that there is some merit in the notion of collective responsibility. Indeed, items such as plastic bags, takeaway containers, plastic bottles and plastic lids do make up a large proportion of the reported plastic pollution, so actively trying to reduce usage of such short- term plastics would definitely make an impact. Also, veganism has been found to be the ‘single biggest way’ to reduce our impact on the environment, reducing one’s carbon footprint from food by up to 73%.[5] The 2006 UN calculations show how emissions from animals bred for meat make up around 18% of total global emissions, which means they produce more than all forms of transport. This figure rose in 2009 to 51% when re-investigated by two scientists. Therefore, calls for individual people to make more sustainable choices, such as adopting a vegetarian diet or boycotting plane travel, can have a positive impact.

Also, the market responds to the consumer’s patterns of purchasing, due to the paradigm of supply and demand under which capitalism works. If people stop buying meat, companies will supply a greater number of cruelty-free, more sustainable food items, in a lurch towards greater revenue. So, the general consumer can definitely sway the markets. Therefore, I would not like to fully dismiss the usefulness of individual action.

On the whole though, society must acknowledge that its entire system must be re-written in order to avert a climate crisis. The very basis of capitalism relies on an ‘obsession with constant economic growth’[6] on a planet of finite resources. It is proving simply unviable. Profit increases cannot be unending, when the materials used to make the commodities circulated for profit will indeed run out. The fundamentals of capitalism care little for sustainability or real need. The focus on profit means that capitalists will endeavour to spend as little as possible on production in order to create the greatest amount of profit. Coca-Cola for example, whom I have chosen because (as aforementioned) they were top of the list of plastic polluters released by Greenpeace, should turn back to returnable glass bottles. According the Guardian, the ‘switch to throwaways, which started with brewers in the 1930s and matured in the soft drinks industry in the 1960s, was in part driven by a consumer culture that craved convenience. It was also driven by economics, as big beverage companies sought to achieve economies of scale by consolidating their bottling networks, and realised they could save money if they didn’t have to truck returnable bottles back to factories.’[7] Therefore, the refusal to switch back to glass bottles is due to there being ‘few fiscal incentives’[8] to do so. In regard to air pollution, 90 companies are the most to blame, producing two-thirds of man-made greenhouse gas emissions.[9] So, there is little point telling people to get the bus or walk rather than drive shorter distances while allowing huge companies to pollute to this extreme.

To conclude, as long as profit comes before the greater good, there is no real chance of saving the planet. In order to save the planet, we do not need people to take up paper straws, or ditch their cars, or have a meat-free Monday, we need huge systematic change. We need to hold the capitalist individuals accountable for accelerated global warning, ‘the decision makers, the CEOs, or the ministers of coal and oil’ who could in total all ‘fit on a Greyhound bus or two.’ (researcher and author Richard Heede, the Climate Accountability Institute, Colarado) .[10] We need to take back control of the free market, force it to make the choices best for the longevity of the human race and the ecological preservation of our planet. We must do this using economic incentives as this is the only way to cause a ripple in capitalism. Capitalists change their ways neither for those people in the global south who are dying or suffering, nor for the huge numbers of animals dying, but for increases to revenue and the amassing of wealth. We need a system that takes the power out of the hands of those who own capital and hand it over to the proletariat. We need to stop allowing ourselves to be conned into thinking we can make the slightest difference by making minor (yet often inconvenient) lifestyle choices, if we do not also fight for a complete system overhaul. We must vote for parties who place people above GDP. If we have a slither of a chance to save ourselves, we must do so wholeheartedly and rewrite the world as we know it, so that we may rise anew.

[3] Schleeter, Ryan (2018), ‘These 10 companies are flooding the planet with throwaway plastic’, https://www.greenpeace.org/international/story/18876/these-10-companies-are-flooding-the-planet-with-throwaway-plastic/ [Accessed: 02/01/2020]