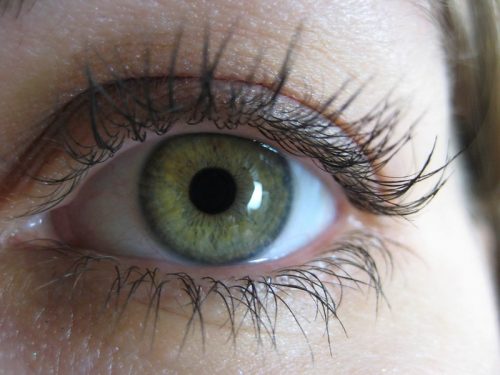 Investigating the effect of gaze on different facial targets on verbal accuracy and response bias.

The act of looking is both a source of stimulation and a type of response, and as humans are social animals, in general we try to discriminate the postures and movements of the eyes of another person in social interactions for example, in nonverbal communication (Gibson, J. J., & Pick, A. D.,1963). Gaze is a key type of nonverbal communication that has many roles in social interaction. Interaction is a mutual reference in the behaviour of social partners, and communication is the exchange of messages in a communication system consisting partners and a mutual code, that being a result of the interpretation of signals and their meanings (von Cranach M. & Ellgring, H. J., 1972).  Gaze is used to gain a listener’s feedback by looking at their responses through changes in eye activity and facial expressions, and mutual gaze has been found to be a possible sign of intimacy (Argyle, M., Ingham, R., Alkema, F., & Mccallin, M., 1973). In order to prosper in a social environment, so to have an adaptive advantage, we require a specific social intelligence to decode one another’s intentions and behaviours, and the eyes provide essential “windows to the mind” to do so, by being able to detect when we are the focus of someone’s attention (Langton, S. R., Watt, R. J., & Bruce, V., 2000). The structure of the eye may have evolved in ways to aid perception in our visual systems. In eye movement, when the pupil in the sclera (white section) of the eye is centered, the gaze is directed to the middle of the eye. When it is off-centered in either direction, gaze is perceived toward that side (Gibson, J. J., & Pick, A. D., 1963). Humans have a very dark iris and light sclera; this contrast in colours clearly shows that when the side towards which the iris is moved has a smaller light area and less overall light flux, the effect of luminance is present. At the same time, the other side of the eye becomes lighter, and perceived gaze direction is biased to the darker side of the eye (Ando, S., 2002). An evolutionary explanation developed by Langton et al. (Langton, S. R., Watt, R. J., & Bruce, V., 2000) shows that primates do not have such an obviously visible white sclera as humans do, and so their gaze may be slightly more difficult to tell, perhaps to confuse predators, prey or other primates. The structure of human eye, with striking contrasting iris and sclera, may have evolved due to the lack of the risk of predation, and the survival advantages associated with improved gaze signals in communication (Langton, S. R., Watt, R. J., & Bruce, V., 2000).

In this experiment, 36 participants (7 males and 29 females) were used, with a mean age of 18.5 years. The different facial targets that were stared at were: the chin, mouth, nose, eyes, hair, left ear and right ear. The head orientation and distance from the participant remained the same. Participants were to respond with their estimate of where the experimenter was looking, and this was then recorded to measure the overall percentage of correct responses for each facial target, and the response bias. No feedback or (visual or verbal) signs were given after the participants’ estimates were stated, to not reveal if the participant was incorrect or correct in their estimate. By the end of the experiment, each facial type was gazed at by the experimenter ten times, in a randomised order.

Firstly, the results indicate that external facial features were more accurately estimated than inner, more centralised facial features. The facial targets that are more compressed in the centre of the face would be more difficult to tell apart, because from a further distance the iris is difficult to tell from the pupil. Without a lot of movement from the iris to the centralised features, there would be a smaller luminance effect for the participants to successfully tell (Ando, S., 2002). These findings are supported by a study by Kruger and Huckstedt (cited in Ellgring, J. H., & Cranach, M. V., 1972) who found that increasing the distance between the recipient and the sender also increases the number of estimations for inner facial features. As the distance increases, head position was seen to have a greater influence of the recipients’ facial position estimates. This is because from a larger distance, the recipient would find it increasingly difficult to tell the movement of the iris in the eye, from the weakened contrast of colours between the iris and the sclera. It would be, therefore, more difficult to tell the presence of the luminance effect, so to even detect movement to the more external features of the face. Hence, it would be expected that more estimates would be made of the inner face as the perception of inner eye movement diminishes with distance. Next, these results are supported by the theory by Gamer and Hecht, that the direction of gaze is rather in the shape of a cone, compared to a ray as previously assumed (Gamer, M., & Hecht, H., 2007).

For the second dependent variable, the highest response bias was found to be in the eyes. Research has demonstrated that already by the age of 2 months, children prefer looking at the eyes compared to other facial features. Perhaps this preference and reliance on the eyes as a source of gaze and nonverbal communication is an innate behaviour that develops over time. It thereby causes us to believe the sender of the gaze is sending nonverbal communicational signals through direct eye contact (cited in Langton, S. R., Watt, R. J., & Bruce, V., 2000). On the other hand, more research has indicated contrasting findings. For example, with non-human primates, head orientation may provide more convincing evidence for gaining another’s attentional direction in younger offspring instead of gaze, and that human children only show signs of understanding gaze directions from the age of 14-18 months old (Langton, S. R., Watt, R. J., & Bruce, V., 2000). However, as explored by Ando (Ando, S., 2002), there is inter-individual variability in the perception of gaze, and so the results produced may not really be due to a greater or smaller luminance effect only from iris shift or sclera movement, since there was a great variation in the results. Finally, a majority of the research regarding gaze perception is criticised for being artificial, since the stationary tasks are not representative of everyday nonverbal communication tasks. It may be advantageous to set up more natural observations or experiments in the future, in order to gather more representative findings on the role of gaze perception in nonverbal communication.