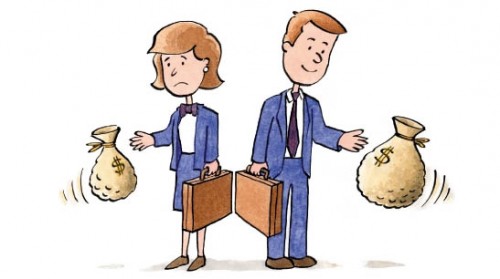 Equality; it’s simple…right? The scientist’s head spins with equations, the arts student begins to recall the plights of peoples and the law student inanely quotes legislation. Leaving the equations aside we might suggest that equality is simply treating like people alike; not an unreasonable assertion, certainly not a bad starting point.

This idea, known as formal equality, is commonplace in government policy, the workplace, the classroom and elsewhere. Formal equality prevents the worst excesses of discrimination and recognises that humans (by virtue of being human) should be treated with the same amount of dignity and respect. Thus in segregated America, formal equality said that the designation of swimming pools as ‘white only’ was discriminatory and that access should be available to all. The result of this pronouncement neatly illustrates one of the problems with formal equality. Rather than opening the pools to all, they were gradually closed; no preferential treatment existed if there were no pools for anyone (this is a process known as levelling-down).

Formal equality has other problems too. Imagine I have placed a prize (let’s assume it’s a prize worth getting up and racing towards), in Dublin (because I like Dublin). We, the contestants in the race to the prize, are in various locations across the world, that is, in different starting places. The starting gun is fired and we all set off. After running a few hundred metres you despair and protest that the race was unfair; “I was further from the prize”, you say. You’d be right; the contestants in the race were discriminated upon based on their proximity to Dublin- a clear example of inequality. Formal equality would indeed remedy this great injustice. It insists that, in life, as in our race, people should start from the same place. The metaphorical ‘different starting place’ might be because of historical prejudices or as a virtue of being a minority of society; the most commonly cited examples are those of sex, race, ethnicity, nationality and religion.

The starter calls us back to the blocks, this time ensuring we are all congregated in the same location (somewhere in Russia) before firing her pistol. Now formal equality has been satisfied- we are all treated the same- there was no preference for the Irish. Yet there still could remain great unfairness, some of us might have a map, speak Russian, have a local knowledge of Dublin, have great personal wealth to spend on a jet to Dublin. We might all start in the same place thanks to formal equality, but our personal characteristics continue to skew the race. This is where substantive equality comes in.

A substantive equality approach suggests that to have equality in our race to Dublin, everyone should have an equal opportunity to win. This goes beyond simply starting in the same place and might demand, for example, that everyone has the same amount of money to spend on transport, that we are all given enough education to be able to read train timetables, that we can all drive, that we all have suitable clothing to brave the Russian (or worse- the Irish) weather, the list could go on. As you can see, to give everyone the equality of opportunity we might like, there are numerous considerations and hefty resource constraints (even for our somewhat simplistic race).

Take a more realistic and multifaceted issue of equality of opportunity to become a Supreme Court judge or a university professor and there are suddenly almost too many inequalities to address. It is acknowledged that one’s ability for and propensity to a career is formed throughout one’s life. So as a society we would have to address every single inequality from the moment of conception until the moment that the selection committee decides between the candidates. An impossible task- but fear not, there is another way, a shortcut to equality- positive discrimination.

Positive discrimination is a concept that alienates people. Not surprisingly I might add; solving the problem of discrimination, through discrimination is at best counter-intuitive and at worst completely mad. It involves the active promotion of one group of people over another. Gender quotas in boardrooms (and in many European parliaments), giving disability living allowance only to one group, and levying more tax from those at the upper end of the income spectrum, are but a few of the most obvious examples.

So why isn’t positive discrimination just as bad as ‘the other kind’? It is clear that we don’t morally (or legally) condemn all discrimination. When someone chooses their friends, they presumably, and perhaps unconsciously, choose them on some ground or another; conceivably those grounds might be similar interests, gender or location. That involves a discrimination against people with different interests, of the ‘wrong’ gender and in the ‘wrong’ location. Why is that not immoral and illegal discrimination? The answer involves nuancing our purportedly simple idea(l) of equality still further. Rather than a flat statement that all discrimination is wrong, we might say that society should treat everyone equally unless there is some objective and reasonable justification for unequal treatment. So the objective and reasonable justification for unequally choosing friends with similar interests could be as simple as noting that friendship is a personal choice, without grave effects on the functioning of society.

Equality, therefore, might not be as symmetric as we initially posited. Rather, it is complex enough to create an impassioned debate and that, surely, is one of the greatest compliments that can be given to a concept. Complexity can cause people to turn off, to stop thinking and to concede to simplicity. That sort of concession should be saved for less important issues (equations, perhaps), because the complexity of equality is something that shapes how we react to one another, the worth of the person and human dignity. It has formed the basis of many a war and plenty of campaigns. Is it really too much to expect that everyone should start the race on an equal footing?

Ben Warwick is a Butler Alumus and is now at the University of Nottingham studying Human Rights Law. He can be contacted at btcw@me.com or tweeted at @btcwarwick.