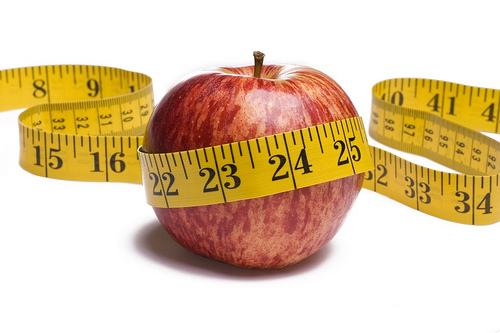 ‘I am not anorexia’

Hollie has agreed to provide the BSJ with a first-hand insight into her own personal experience of anorexia nervosa. There is a negative stigma that pervades the public perception of eating disorders – one which suggests that a disorder of this type is somehow within the control of those who suffer from it. This has resulted in the trivialisation of very serious issues of mental health experienced by a significant amount of the population. This article aims to challenge this ignorance, and to discuss the reality of living with, and recovering from, anorexia.

I know very little about the ‘scholarly’ side to mental health; rather, I know what I experience day by day. I don’t know the reasons why it  exists or why certain people suffer, but I can provide insight into the challenges of living with a mental health disorder.

Firstly, let me outline the mental health problems I have encountered. For the past year or so I have suffered from depression and anorexia nervosa. We all like to kid ourselves that in this day and age these terms are no longer taboo. I must disagree, for not everyone truly understands what it is like to live with these disorders.

It is often hard to determine the root of mental health problems. There is a possibility that I was born with a predisposition to depression and anorexia. However, it’s perhaps more likely to be a result of a series of events that occured around the time that I started university. University was a massive change in itself, and I was also dealing with my Dad’s terminal cancer and a recent relationship breakdown with a boyfriend of three years. I couldn’t deal with the magnitude of these changes. This is when the depression and poor body image began.

Suddenly feeling out of control with everything, I used ‘control’ in a way that I believed would make me happy; if I got fit and lost some weight, I’d feel better about myself, and it wouldn’t matter if I didn’t perform as well as I wanted to in my degree.

I cut out one thing, then another, adding in more and more exercise until I was swimming a mile and running at least once a day. Eventually, my boyfriend made me go home because he was so worried. This is the point at which it all came out. It wasn’t until I tried eating again that I realised I had a big problem.

When I first upped my intake from about 50 calories a day to about 400, I also upped my exercise, sneaking off upstairs to do sit ups and star jumps. As I lost more and more weight my energy dipped, and I found it increasingly hard to do anything that involved even standing up. My anorexia made me take even more drastic action, and I began hiding food. If there was a degree in hiding food under people’s noses I’d have a first.

At my worst I weighed about 6st, and with a height of 5ft5, I had a Body Mass Index of about 14. I was dangerously underweight, having slipped past the point described as ‘severe anorexia’ and now into the ‘life threatening’ category. The craziest thing is, I loved it. If I was classed as life threateningly underweight then I was getting there, wasn’t I? I was going to be the thinnest.

So, what changed my mind? What made me put on weight again? I really don’t know. One day I think it just dawned on me that I was either going to choose life or I was going to choose death. At that point I truly believe that it could have gone either way. Thankfully, I chose life. But that meant eating again.

In order to help record my progress, and increase an awareness in people who didn’t understand what I was going through, I began writing a daily blog. Every day is still a struggle for me. I still have an anorexic voice, a part of my brain telling me I’m fat and disgusting for eating, but I’m getting better.

Depression, on the other hand, is something that you can’t always fight. With anorexia, I have accepted responsibility for my recovery. As I once read, ‘You don’t choose to get anorexia, but you can choose to get over it’, but depression isn’t so comparable. I’m currently on a relatively high dose of anti-depressants, and they help, but they don’t take it away completely.

The best thing I ever did was begin to discuss my problems. Often I think to myself – if I had taken the opportunity to talk to one of the nightline reps, or the counselling service Durham University offers, maybe it wouldn’t have gone as far as it did. I don’t know. But I hope that by reading this,  someone may realise that mental health problems can be overcome, and that you’re no less of a person for suffering from them.

Below I’ve listed a few websites that have helped me personally, and offer some amazing information and statistics about mental health and anorexia: