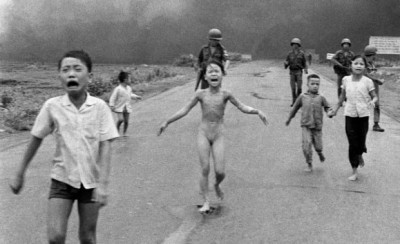 The story behind ‘Cry for Justice– The Scream’

A large number of you will have seen or heard about Palatinate’s efforts to reveal the threefold budget spent on art in and around the new Palatinate centre on the science site. New additions to the university’s collection are worth £1.4 million, and include, amongst others, original works by the likes of Henry Moore, Pablo Picasso and Andy Warhol. These are largely on the ground floor and thus open to visiting students – in fact I would greatly recommend a stroll though – when else will you have a chance to explore a free art gallery by master artists, and be able to have some pride in their belonging to your university? On discovering the sheer amount of works by famous artists I was frankly surprised at the university’s bargain hunting skills.

Special attention in the seminar was, however, paid to ‘Cry for Justice- The Scream’, the controversial sculpture outside the library by local artist Fenwick Lawson. Students expressed strong opinions about this piece of art, especially the undesirability of seeing such a depressing sight after, or indeed before, a session in the library. The sculpture is based on the famous photo of a Vietnamese girl covered in napalm oil and nothing else, running towards the photographer and screaming in pain. The sculpture is not, however, meant to be depressing, and was not placed there to offend or oppress. In fact, it was intended to remind us, as students, of how privileged we are in attending university and being able to take our lives into our own hands; of how of how only one percent of the world’s population accesses higher education, and of how we shouldn’t take this lifestyle for granted. The theme of the Vietnam war may seem irrelevant and unnecessarily gloomy, but in fact it is a sign of encouragement to all refugees and people suffering, with the inherent message to all that study and education may one day help to alleviate such troubles. This story in particular has a message of hope, in that the photographer rescued the young girl in the photograph immediately after taking it, and took her to hospital. Even with very slim chances of survival, she lived through trauma and severe pain, and was taken in by the photographer. She is still alive today and has set up a peace charity which aims to give aid to innocent citizens in war zones.

This encouraging story was explained to me by Alan O’Cain, who is a good friend of Fenwick Lawson and a keen supporter of any art related purchases made by the university. Other topics ranged from prison art to yarn bombing (which is a new form of inspirational street art which I fully recommend looking into), to the reasons for art, to Alan’s new installation at Ustinov. As resident artist, he is in the process of designing a huge painting to be placed above their bar. It will be unveiled early next term, and I would advise going to see it at some point, as well as the rest of the university’s collection – whatever your opinion of it, it’s been bought now so you might as well make the most of it!