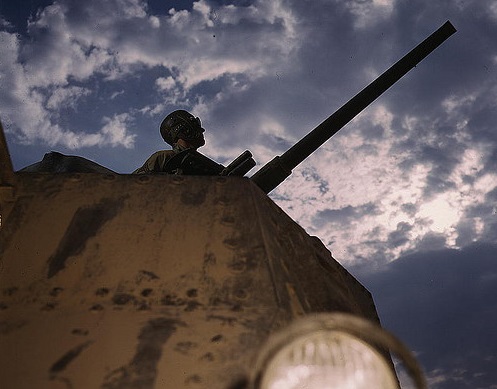 A Critical Look at Video Games: a reinforcement of dominant ideologies or an emancipatory force for change?

In an increasingly complex, interconnected and technological world, a plethora of debates surrounding the effects of technology and its implications are making their way into everyday life. The increasing prevalence of ocularcentrism, whereby the dominance of the visual is infiltrating and saturating every aspect of postmodern society (Rose, 2001), means that new media forms are contributing to ‘expanding geographic imaginaries’ (Ash et al, 2009: 472) serving as ideologically loaded representations of the world in which we live. In particular, as an increasingly prevalent media form within our postmodern, ocularcentric society, video games are often saturated with stereotypes, illusions, reproductions, imitations and fantasies (Mitchell, 1994). They represent people and places in particular ways, frequently reinforcing dominant ideologies and offering little flexibility for the player to decode meanings outside those of the predetermined and often hegemonic frameworks imposed by their designers (Longan, 2008; Appeley, 2010). It is for these reasons that video games have recently been approached within the social sciences as tools for learning about and uncovering hidden power geometries and assumptions about the world in which we live.

Video games shape how the world is experienced, perceived and interpreted (Galvan, 2011) in both positive and negative ways. Traditionally however, video games have been dismissed as fantasy spaces with little to say about the real world and it is only recently that their implications have been, in a scholarly sense, taken seriously. Using Said’s concept of Orientalism, it is possible to critically engage with the implications that militarised landscapes are having in a post 9-11 geopolitical context, arguing that video games can be seen as a form of neo-orientalism.

Despite certain videogames having beneficial implications, they are often presented as being inherently negative; every time a mass shooting occurs the videogame violence debate re-emerges. Claims that video games are dangerous landscape representations have prompted anxieties about the possibility of gamers carrying out in-game actions in the real world (Pozo, 2012). Consequently, the debate reappeared and reinvented itself in the wake of the Sandy Hook elementary school massacre of December 2012 and infamously after the 1999 Colombine Massacre with articles emphasizing how the perpetrators enjoyed playing and creating violent video games. One similar first person shooter (FPS) video game ‘America’s Army’, a military training game commissioned by the U.S Army, serves simultaneously as a serious game that teaches military values to potential recruits and an ‘advergame’ that acts as propaganda for the American Army (Pozo, 2005; Nieborg, 2004). It has thus created online fans not only of the game but also of the American military itself, an example of the perforation of the metaphor of the supposed ‘magic circle’, used widely within contemporary game studies. ‘Magic circle’ signifies that what happens in videogames does not enter the real world; this subsequently imposes a dichotomy between the real world and the virtual world. Clearly, such a dichotomy is problematic as videogames are perforating more and more into everyday life. Thus video games such as America’s Army have been used to communicate a set of ideologies which advocate military tactics and violent warfare.

Furthermore, as many scholars (See Graham, 2010 and Gregory, 2004) have argued, America’s Army constructs Arab landscapes in an orientalised way whereby imaginary geographies are reinforced; Arabs are constructed as terrorists, or at best as the ‘other’. This idea of ‘othering’ is closely linked to Said’s (1978) work on the ‘Oriental other’ whereby Orientalism ‘essentially conjures an imaginary space, a space that finally produces the East in the minds of a Western audience’. The implication is what Deck (2004: 5) calls a ‘cult of ultra-patriotic xenophobes whose greatest joy is to destroy, regardless of how racist, imperialistic, and flimsy the rationale’. Such a videogame therefore serves to construct a binary between the hypermasculine American heroes and the exoticised Arab ‘other’ (Graham, 2010). This serves to represent Arab cities merely as ‘collections of objects not congeries of people’ (Gregory, 2004: 201), seen only as environments for military engagement where cars are used as bombs and civilians become victims (Graham, 2010). If, as Der Derian (2009) highlights, people go to war because of how they perceive, imagine, and speak of each other then derogatory representations such as those in America’s Army serve to legitimatize the ‘need for pacification or cleansing’ through invasion and occupation (Graham, 2006: 265). Using Hoglund’s (2008) analogy, whilst British Orientalism enabled the colonization of the East, American neo-Orientalism in the form of video games appears to justify and encourage American military invasion in the Middle East through binary categories of ‘self’ and ‘other’.

Therefore the way in which video games such as ‘America’s Army’ communicate ideas about the Arab ‘other’ and represent the urban landscape in a detached militarised way, has real world implications which not only affect how players perceive ‘orientalised’ Arabs but also on how 21st century warfare is being shaped. Whilst this fits in with the aforementioned media representations of video games as having negative implications on how players view the world, this pervasive vein of thought has not eschewed critique. Ash and Gallacher (2011) are keen to acknowledge that video gamers do not necessarily always accept these representations.

I would argue here that if video games have the power to negatively influence players’ beliefs of the world, they also have the power to change them for the better. This is dependent on the level of criticality that is given by the player, as uncritical players ‘risk confusing dystopia with utopia’ (Longan, 2008: 36). If, however, players are critical they may serve as a dramatic visualisation of a dystopian world to avoid creating. One such example of how video games have been used to represent an image of this dystopian world is through virtual policy making games.
Floodsim (www.floodsim.com) is an online video game whereby the objective is to impersonate a flood policy strategist to diminish flooding effects, reifying Clary’s (2004: 106) assertion that ‘virtual landscapes can serve as models for our treatment of material ones’. Whilst its designers place FloodSim within the ‘Educames’ category, stating that ‘floodsim is a serious game that aims to make people more aware of the issues around flooding’ (SkyNews, 2008) it is possible that the implications of such a dystopian landscape representation could extend beyond education and into the realms of action; shocking people into taking action against climate change by showing how the world should not be. The online video game taps into people’s sense of national identity and consciousness by allowing flood simulations in some of the United Kingdom’s most iconic and recognisable landscapes such as the London Eye and the Houses of Parliament. In a (2009) study Rebolledo-Mendez et al found the impact of FloodSim extremely successful in raising public awareness. Thus as a form of landscape representation, FloodSim has the potential to show how the world should be through the shock of such a dystopian landscape construction.

Videogames are therefore landscape representations which have the potential to structure how people behave, and shape how the world is perceived. In exploring the implications of Longan’s assertion, the argument that I have developed here is twofold. Firstly, through the predetermined hegemonic assumptions embedded within videogames, they serve to portray people and places in ideological ways. In communicating such ideological views, the possibilities and implications which are created can be both emancipatory and constraining. Whilst the example of America’s Army serves to highlight the influential and persuasive implications that ‘othering’ can have on players’ perceptions of American Military operations, there are examples such as FloodSim which reify the possibility that in presenting a dystopian view of the world, the player will know what the world shouldn’t be like and thus act upon, or at least be aware of, ways in which to act to change the world for the better. Linked to this is an understanding that, as Ash and Gallacher (2011) highlight, gamers do not necessarily always accept the landscape representations which videogames serve to communicate. As a final note, and one which I believe many of the readers of this article would empathize with, I would argue that one cannot generalise about the implications of video games. They are polysemic and are thus experienced differently by different people, in different times and places, dependent on the level of criticality given, as well as subjective embodied experience.