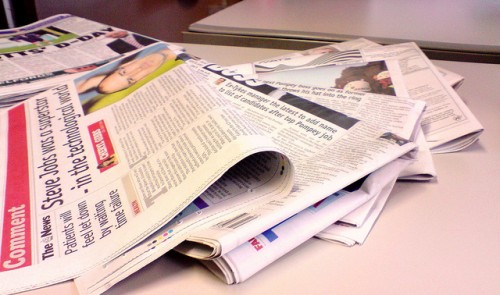 Careers: Tips on making it in Journalism

Before, during and after university I asked a lot of people about how to get into journalism, all of whom came back with different answers. But the main message was always the same – it’s an impossible career to get into. It isn’t. This negative message seems to be echoed in the picture the media paints of itself too; that job opportunities are gold dust and that knowing someone in the industry is the only way in. This isn’t true either.

It was enough to drive me away from a journalism degree, and instead I resigned myself to the prison of a Bachelor degree in Engineering. This bit is true. To be honest, the fear of failing to forge a career in journalism almost put me off altogether, but a year after leaving university, I am now a qualified journalist in my second reporting job.

Long before leaving Durham I realised that I shouldn’t be responsible for the safety of other people – scraping through my degree confirmed this.

So, in 2012, I left university wanting to be a journalist, but with no real idea how to get there. The first answer, unfortunately, is to be prepared to work for free. You’ll make contacts, get experience, build a portfolio and boost your CV (especially if you forget to mention you were unpaid). Getting involved in something like Purple Radio, Mound or Palatinate is a perfect starting point.

Following university, I worked for five months for Celador Radio in Bristol and I loved it. It wasn’t very well known, but the team was so small that I was doing real work from day one, rather than typing up quotes and making tea.

Obviously working for free isn’t something most people are able to do long-term, and when I inquired as to how to find paid work, my editor suggested completing a National Council for the Training of Journalists (NCTJ) course. Finally, after years of asking people how to get into the industry, I was given the single best piece of advice I had ever had.

Without a degree, postgraduate qualification or NCTJ diploma, most editors won’t take a second look at your CV, but this isn’t as daunting as it sounds . Within a month or so from hearing about it, I started an NCTJ course at News Associates in Wimbledon. It was surprisingly simple to join given that it is one of the most highly regarded journalism courses in the country. Within 20 weeks you’re qualified.

An NCTJ – as I assume a degree or post-graduate course also does- takes you through all the stages of journalism you really need. They literally re-teach you how to write, as well as media law, public affairs and shorthand.

Shorthand for many is the killer; reaching 100 words-per-minute is generally what will make or break you. For example, Sky News demand that all prospective employees must have passed shorthand training.

This is where I thought things would grind to a halt due to the lack of work, fallout of the recession, and huge professional competition. But once again, the negative stereotype is just that – negative. Most of the people I graduated with in July have now landed jobs in media, several at national newspapers, and one on the graduate scheme at The Sun.

I’m in my third week as a local reporter and I love it. Every day is different, most of my time is spent out of the office, attending court cases and press events. It’s worth chasing the dream and it really isn’t that hard to achieve.