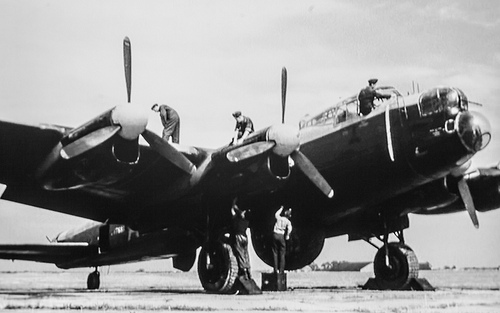 Slaughterhouse-Five: A Crisis of Representation?

Literature can be something we use for pleasure and escapism. We find narratives comforting because they convey meaning onto events which may otherwise seem illogical and upsetting; stories may use certain common tropes to settle the reader with something familiar and often offer some form of satisfying closure when they come to an end. What we sometimes forget is that literature can also be the site of cultural, societal, and political criticism in ways which may be jarring and unsettling. Literature which seeks to really make us think often consciously breaks away from typical narrative forms in order to challenge our preconceptions and draw attention to something which might be horrifying, incomprehensible and meaningless. Writing about war brings authors the challenge of representing something unrepresentable, and of trying to say what perhaps can never be said.

It took Kurt Vonnegut twenty years to satisfy the compulsion to write about his wartime experiences, specifically the 1945 firebombing of Dresden, in Germany, which he witnessed and survived as an American soldier who had been taken prisoner of war during the infamous Battle of the Bulge. The Allied bombing of Dresden was to become one of the most politicised events of the Second World War due to the scarcely conceivable extent of destruction inflicted by the Allies on a civilian population, needless and barbaric in the eyes of many. As posited by Max Hastings, the ‘remoteness of bombing rendered tolerable in the eyes of Western political leaders and military commanders, not to mention their aircrew, actions which would have seemed repugnant and probably unbearable had the Allies confronted the consequences at close quarters’ (my italics). Indeed, the attack on Dresden was conveniently excluded from many narratives of the Second World War in light of its ability to undermine the narrative of a ‘good war’ waged by the Allies against ‘evil’ Nazi Germany.

Crucially, by the time Vonnegut came to write Slaughterhouse-Five in 1969, his fictional testimony to Dresden and its aftermath, America had become embroiled in The Vietnam War, giving him cause to lament the perpetration of further war despite the horror it has been seen to entail. In Slaughterhouse-Five one gets a sense of Vonnegut’s determination not to write a narrative which glamourises war, or grants it meaning in any way. In the novel’s first chapter Vonnegut recounts meeting up with his ‘old war buddy’, Bernard O’Hare, to discuss their wartime experiences with a view to writing a narrative account of it. He is chastised by O’Hare’s wife, Mary: ‘You’ll pretend you were men instead of babies, and you’ll be played in the movies by Frank Sinatra and John Wayne or some of those other glamorous, war-loving, dirty old men. And war will look just wonderful, so we’ll have a lot more of them’. Vonnegut thus explicitly grants books and movies the capacity to engender further wars by depicting them in favourable terms, and sets out in Slaughterhouse-Five to do exactly the opposite.

Vonnegut foreshadows what he intends to put his readers through by showing how his naïve self, before being enlightened by Mary, expected to be able to consider wartime experience in a comfortable and cosy environment:

I imagined two leather chairs near a fire in a panelled room, where two old soldiers could drink and talk. But she took us into the kitchen. She had put two straight-backed chairs at a kitchen table with a white porcelain top. That table top was screaming with reflected light from a two-hundred-watt bulb overhead. Mary had prepared an operating room.

Clearly, Mary considers that the appropriate setting for harmful narratives of a glamorised war to be deconstructed is in ‘an operating room’, and it is therefore fitting that Vonnegut crafts a fiction which is also like an ‘operating room’ because its metafictionality – its flaunting of the fact it is fiction – lays bare the workings of the literature’s body (i.e. the way in which the narrative has been constructed by its author) in order that they might be analysed.

This metafictionality draws representation to the fore of the reader’s attention which breaks with convention and serves to make the reader acutely aware of the gap between literature and reality; Vonnegut acknowledges the impossibility of ever accurately depicting his wartime experiences for his reader. Indeed, Slaughterhouse-Five is declared ‘short and jumbled and jangled […] because there is nothing intelligent to say about a massacre’. The implication is perhaps that such atrocity, senseless in the eyes of many, should never happen at all – that is, should lie outside our frames of reference. Vonnegut’s use of form, which subverts reader’s expectations and concomitantly causes them to wonder at the reason for the abnormality, allows Vonnegut to make the point that war should not be something easily recognisable, something passed over without comment in popular consciousness. Rather, just like Slaughterhouse-Five’s construction, it should elicit interest, engagement and serious interrogation.

Indeed, Slaughterhouse-Five remains stylistically true to a crisis of representation throughout. It is saturated with metaphor and simile, artificial devices which describe something as what it is not – arguably making the language more striking than that which it represents. People become ‘pillars of salt’, feet become ‘blood puddings’, and snow becomes like ‘raspberry sherbet’. Strikingly, too, consumer products proclaim what they do not offer as opposed to what they do: ‘[the soft drink’s] label boasted that it contained no nourishment whatsoever’. Not only is the statement a negative one, but the adequacy of the ‘no’ as signifier is thrown into doubt by the additional, seemingly gratuitous ‘whatsoever’, again causing the problems of representation to leap off the page, in a manner wholly appropriate for a novel about a quintessentially un-representable event. The soft drink’s uncertainty about its function – as a drink it arguably should be designed to offer nourishment, yet it in fact boasts the opposite – reflects the crisis of Vonnegut’s novel: he is writing in a form which we expect to convey meaning, yet he is writing about events which he sees as meaningless and flaunts, one could say ‘boasts’, his inability (or refusal) to conform to what is expected from fiction.

One can see how Vonnegut’s ‘boasting’ about the artificiality of his novel through the use of metafictional devices makes it striking to the reader that he has exercised choice. By drawing attention to the constructed nature of literature, a writer makes it clear that the text is a product of selection and decision. This flaunting of fictionality in Slaughterhouse-Five, then, is vital if the reader is to be provoked into perceiving what Vonnegut sees as an important truth: that we do not have to accept narratives uncritically. The abnormality of Vonnegut’s text is due to its self-conscious artificiality, and it is this abnormality which ensures that the reader will question Vonnegut’s choices. Through Slaughterhouse-Five the reader is guided into realising that war, too, is a choice – and that the narratives surrounding it should be analysed and interrogated rather than passively absorbed.