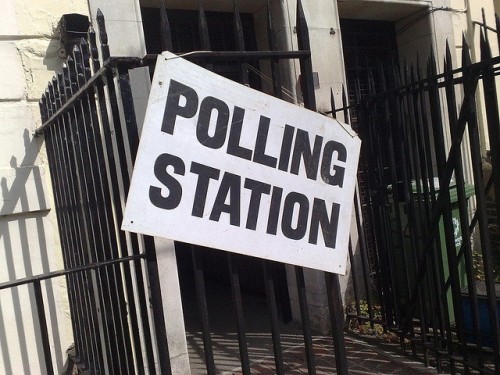 Whatever the result of the referendum on 18 September, Scottish Labour will never be the same. Over the past two years it has caused irreparable damage to its own reputation, estranging and insulting both its target middle-voters and its most loyal supporters. Many of the once proudly Labour Scottish left are divorcing themselves in favour of pastures new in the Scottish Greens, SNP and, curiously, UKIP.

Labour’s adamant, almost ruthless determination to remain with the union has come at an unprecedented cost. It is the only remotely left-wing party which has sided with the No campaign, and its public image is inextricably linked with Tory politics; the policies of staying in the UK. One, potentially catastrophic, failure of Better Together has been the awful communication of No’s positive arguments. Labour, as not only an integral member of Better Together but its foreground, are seen as culpable in the ‘Bedroom Tax’, NHS privatisation, welfare reform and food bank endorsement. They are considered ‘Red Tories’, scoffing at the notion that life in the UK will only deteriorate without offering a whiff of a constructive alternative. The widespread feeling in Scotland is that this is a party very much centred, a party absent of the spirit of Keir Hardie, Clement Attlee and Aneurin Bevan, and many Labour voters have had enough.

Labour have reverted to scare tactics, and in many ways it has backfired considerably, the notorious #BTPatronisingLady TV advert being a recent example. By propagating fear and pessimism rather than countering Yes’s message of hope they have disenchanted No voters as well as Yes; voters who were expecting their individual campaigns for the UK to be supplemented by Better Together’s impassioned plea for union rather than thinly veiled threats over post-Independence. They are an incoherent, divided, contradictory mess, their empty promise of ‘further devolved powers’ in the event of No ringing hollow.

This in turn connotes one of Labour’s biggest weaknesses: an appalling lack of leadership. Starting from the top, Johann Lamont, Scottish Labour Party leader. After the SNP delivered on their manifesto of continued free higher education after their election in 2011, Lamont, a year later, publically condemned their policies in September 2012; parenthetically, condemning the dogma of a centre-left party. In her September speech she claimed that social democracy, a political structure similar to Norway’s, was impossible without higher taxes. Her tone was critical of the SNP, but this form of social democracy is a fundamentally Labour ideal. She then refrained to comment that such control of tax regulation would require further powers. This was one of the first major indications of her personal ineptitude, and her, and Labour’s, leftie retreat: a symbolic misstep which suggested that Scottish Labour’s politics were overtly Neo-Liberal. This has been fairly symptomatic of her guise for the past two years; delicately ironic Westminster subservience and resolute Holyrood disapproval. On to Alistair Darling, the face of Better Together. As Chancellor of the Exchequer for Gordon Brown’s three years as Prime Minister, he oversaw Britain’s financial collapse, backed excessive public funding to bail out a private firm (Northern Rock), and administered the 2008 Budget’s 10% income tax band, which many argue to be the first spark of recession austerity measures. Indeed, it was the 2008 Budget which initiated Labour cynicism for many voters. He was also, infamously, complicit in an expenses scandal in 2009 where he allegedly changed the location of his second home four times in four years, which provided him with the funds to furnish his Edinburgh house, and buy a London flat. Expanding on the theme of expenses frauds, we come to Jim Murphy, Shadow Secretary of State for International Development and one of Better Together’s most dedicated champions. In 2012 it was reported that Murphy was one of twenty-seven MPs involved in an expenses row, after it materialized that he had been receiving income from rented properties in London while claiming £20,000 a year in expenses. Though not technically illegal, it triggered outrage that he, a supposed man of the people, was exploiting the Commons for profit while his constituents suffered severe austerity agencies. That he is also a Zionist, a passionate defender of the Iraq War, and that he never turned up to vote against the ‘Bedroom Tax’, does not paint a favourable portrait for Labour voters. The party and its public figures have lost the support, but more importantly the trust, of concrete Labour voters, regardless of their Indyref propensities.

Though they have injured their reputation with Nos, they have mutilated it with Yes’s. Lamont, Darling, Murphy, and the likes of Alistair Campbell and Douglas Alexander, refer to Yes supporters, with an empirical thoroughness, in the pejorative terms ‘nationalists’ and ‘separatists’. Social media Yes supporters are ignorantly pidgeonholed as ‘cybernats’, depicting each and every single Yes twitterer as a seething, vile, angry low-life. No supporters are, incidentally, ‘patriots’. The word is representative of their general attitude towards Yes advocates. Through a calculated and collective demonization process, Labour have systematically alienated over half of their electors. Twenty years ago, most Yes voters were dedicated Labour voters; now they are told on a daily basis by their party’s major members that they are deluded and ill-informed for aspiring to a true social democracy, and that they are inherently sinister for wanting to break up the union. I doubt most Yes supporters will forgive them unless there is significant change after the referendum. I won’t.

If Scotland votes Yes, Scottish Labour has an opportunity to rebuild, reassemble, and possibly reassert itself as the workers’ dominant party; this, obviously, imports a comprehensive shake-up of personnel, a Labour Party befitting of Old Labour, but the current structure as we know it would be defunct. If Scotland votes No, Scottish Labour could in all likeliness fade into Lib-Dem obscurity, even its most centre-left devotees abjectly disillusioned with a party who have pitilessly betrayed their foundational principles to remain with the British establishment.