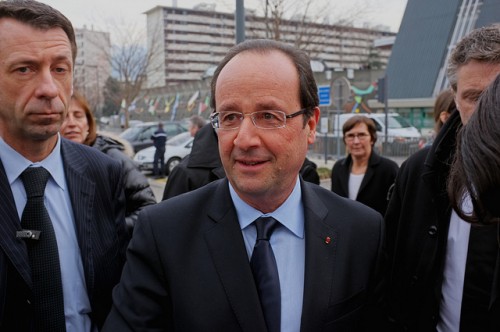 Alexis de Toqueville once wrote of France, “Has there ever been any nation on earth which was so full of contrasts, and so extreme in all of its acts, more dominated by emotions, and less by principles; always doing better or worse than we expect, sometimes below the common level of humanity, sometimes much above it.”

The tale of François Hollande as president is extreme, emotional and overwhelmingly negative. Hollande’s economic programme has been a big volte-face, illustrated in the replacement of left-wing finance minister, Arnaud Montebourg. Montebourg described the efforts to reduce budget deficits in the Eurozone as Kafkaesque, in favour of centrist Emmanuel Macron who has questioned the French 35-hour working week.

The other notable feature of Hollande’s presidential campaign was that he would be Monsieur Normal in comparison to ostentatious Sarkozy, who showed off his celebrity connections and flaunted his pop-star wife in public. French presidents have traditionally left their private lives at home, with the press showing deference in this matter: François Mitterrand was able to keep a second family with the press knowing but not the public. However, Closer, a celebrity magazine, photographed Hollande, looking very normal, going by motorbike to visit actress Julie Gayet, with whom he was having an affair.

To add to the embarrassment, his ex-partner Valérie Trierweiler has just published a book, the blurb of which reads “I learnt about the infidelity of the President through the press, like everyone… And the man who I loved broke up with me in a communiqué which was eighteen words long.” Revelations into the private lives of political figures is a major taboo in France, which has won Hollande some sympathy. However, as much as the French proclaim indignity, they have bought the book in such quantities that it became the country’s best-selling book since 50 Shades of Grey. In truth, the media interest in Sarkozy and Hollande is symptomatic of a larger change towards more openness and in the changing idea of what is in the public interest.

These events have made Hollande a calamity, his approval ratings hitting a low of 12% in November. In truth, the French political landscape faces a crisis of confidence. Hollande’s Parti Socialiste (PS) has never truly undergone the same ‘modernisation’ process that New Labour did. Whereas Labour moved away from socialism during opposition, the PS are moving rightwards while in power (and therefore against the will of many who voted them in) and under the economic strait-jacketing of the post-crash Eurozone. The country’s debt has risen above two trillion euros and the unemployment rate is over 10%. The UMP, party of the mainstream right, who did not want to instigate a vote of confidence a few weeks ago because of their own weakness, may well choose the still-ambitious Nicolas Sarkozy as its presidential candidate, despite unresolved corruption charges.

Marine Le Pen, leader of the Front National (FN), has been the main beneficiary of all the chaos. She won the European elections in May and recently won seats in the Senate. Le Pen could certainly knock-out either the main centre-left or centre-right candidate in the first round of the next presidential election, as her father did in 2002. In his case it was due to a split in the left’s vote; now Le Pen does not require that, only general discontent with the political élite. A recent poll had her ahead of Hollande in an imagined second round run-off, although one hopes if it came to that in practice the French would get scared and stick with the establishment. The FN is like UKIP in that it appeals to those who are disenfranchised by globalisation and focuses its hatred on the elite and the EU. It is more economically protectionist, as well as having a clearly racist outlook.

Tony Blair described the divide in modern politics as less to do with left-right as with open-closed. In a France where the Communist Party and the far-right National Front are simultaneously potent, this is a more effective analysis. French politicians of all stripes are skeptical about aspects of globalisation, particularly free markets, liberalisation and immigration. The French left remains wedded to the big state. However, this century France has had a right-wing president for twelve and a half years and a right-wing government for ten. Lack of economic ‘reform’ is thanks to the right, not the left.

There is more support for the European Union in France than in the United Kingdom, which is unsurprising given its history. Yet similar to the inane posturing we see in the UK against Europe is a strand of bigoted anti-Americanism in France. For example, 57% of the French believed Dominique Strauss-Kahn was set up when he was arrested for attempted rape of a hotel maid. The economic model feared by many French is seen as an American one, favouring profit and inequality over joie de vivre.

Guarding the French economy from liberalism is about something deeper in the French psyche. It is about protecting their way of life from external threats. This is visible in the same way that the French have the Académie Française to protect the language of Flaubert and Racine from English invasion, while at the same time historically oppressing minority languages within French territory. Similarly the French agonize over Muslims not conforming to French codes of secular citizenship, leading to an illiberal ban on the niqab. In this light it is unsurprising the French are lacking in confidence. Only 7% of the French think their youth will enjoy a better standard of living than their parents’ generation.

Yet for all its faults, the world needs a strong France. The depressed nation, which votes in droves for the extreme-right, is also the fifth largest economy in the world with a liberal democracy, and is at the heart of the European Union. It can exceed expectations and we must hope it continues to do so in the near future.