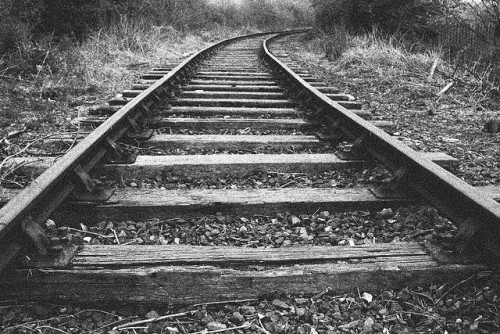 Invention and Imperialism in the Nineteenth Century: How Science Strengthened the British Empire

The nineteenth century is widely known to have witnessed revolutionary developments in science and technology, in areas ranging from healthcare to transportation. Naturally, it follows that these innovations provided Europeans, particularly the British, with effective tools for the expansion and consolidation of their empires. Not only was this the case, but a new rationale for imperialism developed as a result of the scientific developments of the Victorian era. This is a theme which can be explored through two examples; firstly, the use of quinine prophylaxis as a more successful medicine to combat malaria, and secondly, the invention and introduction of a remarkable new form of transport which would have both a significant domestic and military impact: the railway.

The introduction of quinine prophylaxis in the 1840s as a professionally-recognised treatment for malaria indubitably made it a tool for imperial expansion into the West African interior. Before the benefits of quinine were understood, malaria, amongst other tropical diseases, inflicted an intolerably high death toll on European exploration efforts in the region. As an illustration, in 1805, Mungo Park’s expedition on the Niger ended with the deaths of all of the Europeans involved, mostly from disease (1). Europeans were confined to coastal areas with little hope of inward expansion. The subsequent reforms of medicine in the 1840s, including the use of quinine, halved the European death rate in West Africa, thereby becoming a “permissive factor” for the later Scramble for Africa in the 1880s (2). Clearly, this new medicine was an essential tool for imperial expansion – without it, exploration attempts had minimal chance of any success. Knowledge of the African interior, hitherto a largely unknown swathe of the globe, would subsequently be useful to the British government’s estimation of potentially valuable territories (3). As Stafford neatly put it, the agency of indigenous people “could be eroded as surely by map coordinates and museum specimens as by steamships, bullets, and treaties of cession” (4).

Simultaneously, the scientific interest in tropical disease in the nineteenth century had a profound impact on the justification of this expansion. During the Enlightenment period, Europe beheld the emergence of the polygenist theory, which posited that each individual race had been created separately (in opposition to the monogenist view that men of all races had descended from Adam) (5). The apparent immunity of indigenous West Africans to diseases such as malaria, while the European body held out little resistance, seemed to provide further evidence for polygenists (though, in light of modern scientific developments, it has since been concluded that this immunity is not, in reality, related to race) (6). Early manifestations of what was later termed Social Darwinism can be identified in this theory: Curtin explained that this evidence was “enshrined at the very heart of pseudo-scientific racism”, which positioned Africans as the inferior ‘other’ (7). Thus, the field of medicine not only produced effective tools for imperial expansion, like quinine, but also led to the development of racialist theories which sought to justify this expansion.

The building of railways by the British in their colonies, particularly in India, is yet further evidence of technology acting as both a tool and a justification of expansion. This relatively new technology enabled Britain to achieve political consolidation after an initial conquest, by allowing colonial rulers “quicker access to the means of coercion” (8). Historians have identified that the “rash” of railway building after the Indian Mutiny of 1857 was followed by “noticeably fewer revolts”, demonstrating the effectiveness of this technology as a tool of imperialism (9). At the same time, the introduction of railways was considered justification for the British presence in India. Marx considered that railways would bring with them the Industrial Revolution; it was popularly believed that railways were “the forerunners of a new civilization” (10). These claims reveal the underlying assumption of the time that levels of technology and industrialisation were indicators of civilisation, a system which positioned the British at the top of the development hierarchy, since it is widely argued that this is where the Industrial Revolution had originated. This more scientific basis of European supremacy gradually overtook the religious argument that Christian societies were marked out for progress in opposition to non-Christian societies; in fact, the nineteenth century witnessed a reversal of roles, so that religious motivation came to supplement the scientific argument. In accordance with these emerging beliefs, it is apparent that the transfer of new technologies to non-European territories had become a significant part of the civilising mission. It became a moral duty to export these technologies to the rest of the world, something only feasible through conquest.

It is important to remember that the scientific developments that occurred in Europe had a wide-reaching impact far beyond the borders of their home countries. The globalisation that was cultivated alongside imperialism was an effective medium for the transfer of new inventions such as the railway, while the further contact with non-Europeans that this globalisation enabled led to new racialist theories based on ‘science’ and levels of technology. By the twentieth century this had become the main basis for Europeans’ belief in their own superiority and the primary justification for their imperial expansion.