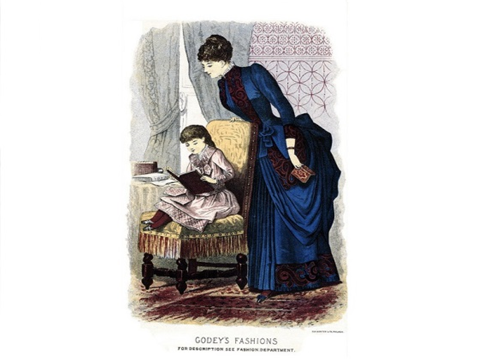 Sex in Governmental Legislation from the Victorian to the Edwardian Period

Most Britons are aware that once upon a time Britain possessed the largest empire in history. At its zenith, a fifth of the world’s total population came under rule or administration of the United Kingdom, and the Empire encompassed almost a quarter of the globe’s land mass (1). Queen Victoria’s reign spanned an extraordinary sixty-five years of Britain’s imperial century and she was internationally associated with this period of British superiority. However, accompanying the awareness of their once great Empire, most Britons are also aware that this is no longer the case. It is undeniable that there was structural change from the period during Victoria’s reign and the period after, but this article investigates whether there were other changes that took place. Through a comparison of Victorian and Edwardian legislation on sexuality, it is possible to expose how there was in fact some continuity between the reign of Victoria and the period after.

Many scholars have argued that it was the Boer War that evoked change in the legislation regarding sexuality. They argue that this war was a transformative event. It illuminated both the British public and the British government on the physical deficiency of the race – a realisation that sparked the nation to become more inward looking, less focused on maintaining an Empire and more so on improving the health of Britain. As a result, the government is considered to have abandoned their traditional laissez-faire approach towards sex and taken on a new interventionist role. This was not so.

When it came to matters of sexual morality, the British government had always adopted an interventionist stance as women, especially young girls, were considered to require guidance when deciding between sexual morality and promiscuity. The Victorian government and the Edwardian government that followed believed their role was to perpetuate virtue and aid women in making the correct choice. Government interventionism can be traced back to the mid-nineteenth century. In 1864, the government passed the Contagious Diseases Acts which gifted police with the ability to arrest suspected prostitutes. These prostitutes, without their consent, endured invasive medical examinations to determine whether they were infected with venereal disease. If determined infected, the women were interned in lock hospitals where they were held until they were cured – a later amendment to the Act in 1869 permitted the hospitals to retain the women for a period of up to a year (2). But using interventionism in the Victorian era to constrain sexual immorality is not confined to this single example. The Criminal Law Amendment Act passed two decades later increased the age of consent from thirteen to sixteen and widened the powers of the police who now could remove suspected prostitutes from their lodgings at will. Legislation that encouraged women to continue down the path of sexual morality admittedly took a different guise in the twentieth century. It was still interventionist in nature but no longer sought to restrict immorality and promiscuity through restricting the actions of women; instead, it sought to provide a safety net for women and mothers so that they would not have to resort to drastic, promiscuous measures to provide for themselves and for their children. The Liberal reforms of the early twentieth century provided assistance for mothers; the Education Acts of 1906 and 1907 provided state subsidised school meals and medical inspections.

There was not only continuity in the nature and purpose of governmental legislation but also in the way the sexes were considered in such legislation. The Victorian principle of sexual morality was a paradox because, on one hand, it saw women as not responsible for their actions, vulnerable and in need of assistance when the choice between sexual vice and sexual morality presented itself; yet, on the other, women were considered responsible, not only for their own actions but also for the actions of men. This derived from the fact that women, as mothers, were accountable for the sexual education of their sons and inciting the sexual desire of men. The legislation of both the Victorian and Edwardian era promoted and enforced this paradoxical sexual double standard.

The continuation of the double standard and the discrimination women faced can be identified more explicitly in terms of the legislation regarding venereal disease. As previously mentioned, the Contagious Diseases Act, which sought to control the rising levels of venereal disease in the British forces, held strict ramifications for women found to be infected with the disease. The Acts were strongly opposed and came under much scrutiny from moralists, members of the working class and feminists. But it was this latter group, outraged at the fact that the Acts officially sanctioned the sexual vice of men and exposed the government’s treatment of sexual disease in a discriminatory way against women, which headed the campaign for repeal. Led by Josephine Butler, the campaign opposed the fact that the Acts were solely concerned with punishments for women. There was no clause acknowledging the equal responsibility of men for the spreading of venereal disease, despite the fact that it was men responsible for the demand for prostitutes. As a result of tireless campaigning, the Acts were finally repealed in 1886.

Although the years from 1886 to the beginning of the twentieth century did not see explicitly discriminatory legislation on the same level as the Contagious Diseases Acts, the double standard continued as part of popular mentality, perpetrated in pamphlets which instructed women on their role as mothers. However, the outbreak of war saw fears regarding venereal disease resurge, and after much deliberation, in March 1918 the government responded by passing a regulation, clause 40d, as part of the Defence of the Realm Act. The Act made it illegal for a woman infected with venereal disease to sleep with a member of the armed forces and, congruous to the Contagious Diseases Acts, clause 40d of the Defence of the Realm Act held women entirely responsible for the poor levels of national health. It was clear that despite the outrage following the Contagious Diseases Acts, the issue of sexual inequality had not been addressed. In both Edwardian and Victorian societies, “pure standards of public morality and chaste private sexual behaviour” were advocated for all, but in reality, it was only women who were penalised if they infringed these principles (3).

With the coincidence of the turn of the century, the death of Victoria and the Boer War all serving as frightening evidence of change, it is understandable why contemporaries of the Victorian period and the historians who study it have observed a transformation between the Victorian and Edwardian period. However, this article has attempted to dent this interpretation through an analysis of the way sex was considered in governmental legislation. It has shown that there was great continuity in the way the government perceived its role as moral guide to young women, and in the way they exercised interventionist policies to execute this role. Furthermore, there was no change in the content of the legislation passed from the Victorian to the Edwardian period; the sexual double standard was enforced with unaltered vigour.