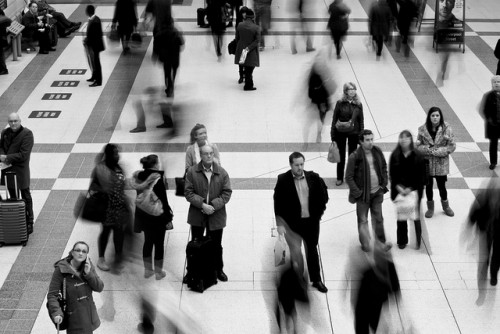 Identity and Emergence: A Radical Relationship

Throughout the twentieth century the social sciences underwent a shift toward symbolic and cultural studies, which placed the issue of identity at the core of these disciplines. The dismissal of identity as an essential property rooted in stable characteristics led scholars to focus on the social processes through which the self emerges, and the factors involved in them. Although this paradigmatic shift might seem obvious nowadays, it has had, and still has, profound and radical consequences in regards to how the social world is conceived. The following paper, then, will contend that when the self is regarded as an emergent and evolving property, social dogmas, that were previously regarded as ‘natural’, can be challenged and new ways of being can be formulated. The exercise of looking at identity through the lens of emergence thus becomes both necessary and potentially emancipating.

Identity has been the subject of philosophical enquiry for centuries. From the Aristotelian idea of ‘essence’ to the Cartesian conception of the rational self, numerous thinkers have sought to uncover the bases of both human similarity and difference. Stuart Hall (1992) contends that up until the twentieth century, identity was regarded as a stable characteristic, contained within the self and mostly derived from the individual’s cognitive capacities. This conceptualisation, however, was later problematized by thinkers such as G.H. Mead (1934) and his successor, Erving Goffman (1969). For these authors, identity could not be regarded as an internal, unchanging ‘essence’ but rather it needed to be conceived as a product of social interaction. The self, according to this interactionist perspective, emerges as the result of complex social processes; it lies at the intersection between the individual as the performer and the social world as the judging audience. Identity is, therefore, an ever-developing process, a conversation between the ‘internal’ and the ‘external’, through which one’s own perception of self is being constantly reshaped by different types of social interaction.

The view of identity-making as an inherently social process is now at the heart of sociological enquiry. For some time now, authors like Anthony Giddens (1991) and Zygmunt Bauman (1998) have noted that the self has become a project, which individuals actively construct through different social mechanisms like intimate relationships and conspicuous consumption. More than ever before, individuals are able to mould their identities, without these being completely predetermined by their social backgrounds. Now, the extent to which identity-making could be regarded as independent from structural constraints is a matter of debate but the main point is that the self is, in contemporary societies, seen as a more malleable entity, always in a state of transition. At a more abstract level, the phenomenology and hermeneutics of identity have also been brought to the fore of academic enquiry; the first refers to the subjective experience of identity-creation while the latter explores the cultural elements that demarcate which identities are considered to be socially viable. According to Paul Ricoeur (1991) the phenomenological process of identity creation is erratic and permanent: the self emerges from narrative, from the telling and retelling of stories, from imagining and re-imagining one’s own present and past. Identity, like a story, has characters, it is relational; it is set within a particular time-frame and is seen as being driven towards an end-goal. The hermeneutics of identity refer, in turn, to the meanings said story can adopt, to the limits of what constitutes a legitimate, coherent and intelligible narrative within a particular cultural framework (Lawler; 2014). It is in relation to this aspect that viewing identity through the concept of emergence can become a profoundly radical and emancipatory enterprise.

The most immediate effect of viewing identity as emerging rather than stable is that the legitimacy of social institutions, which were previously seen as ‘natural’, is severely challenged. Perhaps the most apparent examples are the criticisms that were levelled at ideas of gender and race towards the latter half of the past century. Once identity is viewed as socially constructed, then the apparent essentiality of seemingly ‘biological’ indicators is no longer accepted. Great thinkers like de Simone de Beauvoir (1997) and Hall (1992) have shown how gender and race are not essential characteristics but merely the result of a particular configuration of social relations at a specific point in time. This, in turn, led to some of some the most influential social movements of the last decades; feminism, gay rights and anti-racism all rest upon the notion that the current way in which society is organised is neither natural nor inevitable and that, just like identity, social structures can and should be reshaped. Jürgen Habermas (1971) refers to these initiatives as New Social Movements; he argues that they are ‘new’ insofar as they do not deal with issues of material scarcity but with ideas of meaning and identity. In Habermas’ words, they are concerned with ‘the grammar of forms of social life.’ Hence, this type of mobilisation, one that deals with identity politics, is only possible if the self is regarded as an emerging property rather than an inherent essence, because the latter would be unchangeable and the whole movement futile. So, although viewing identity as constructed might seem almost trivial nowadays, it is difficult to overstate the radical importance that this paradigmatic change has had in the manner in which actors engage with social institutions.

Going a step further, this debate not only leads us to interrogate the manners in which identity-markers are presently arranged but also to question the very existence of said categories. This approach, therefore, is interested in both how gender or race relations should be organised and why the ideas of gender and race are even utilised. Judith Butler (2004) calls these categories the ‘conditions of intelligibility’; this means that it is through having a specific gender, for example, that one becomes a valid social actor, ready for social interaction. It is possible to see here the relationship with hermeneutics: our narratives are only comprehensible if situated firmly within the cultural norms of a particular symbolic universe. This realisation is deeply significant because it shows that it is not only the social order that can be changed, but also that the very content of the symbolic categories through which we make sense of the social world can be challenged. For instance, we are able to challenge traditional gender roles but we are equally able to question the very category of gender, showing that its binary character can be constraining to the considerable number of individuals who do not identify with either one of the two seemingly distinct categories. This is by no means a radical idea: in Plato’s Republic human beings are divided into three sexes and, as Candace West and Don Zimmerman (1987) show, it is not uncommon to find cultures that have more than two sex categories. Hence, this is a further confirmation that the self, and the indicators by which we mediate it, are relational, existing always in a state of constant renegotiation.

In conclusion, what this short article aims to illustrate is that there is a dialectic relationship between the concept of emergence and the notion of identity. When the self is viewed through the lens of emergence then previously accepted structural constraints are challenged, giving way to new forms of social organisation. Meanwhile, when previously taken-for-granted structures are destabilised, even the most deeply-rooted social categories are put under scrutiny, and new ways of being emerge. When Butler (2004) provocatively asks, ‘What can I be?’ she refers to the symbolic categories to which human beings have to conform in order to become socially intelligible. This question is radical enough insofar as it already presupposes that the self is an emerging property, a life-long project. It goes further, however, as it acknowledges that it is only through questioning said categories that new and diverse ways of being can emerge. Thus, the concept of emergence takes away the veil of inevitability from many social institutions, rendering them both knowable and surmountable.