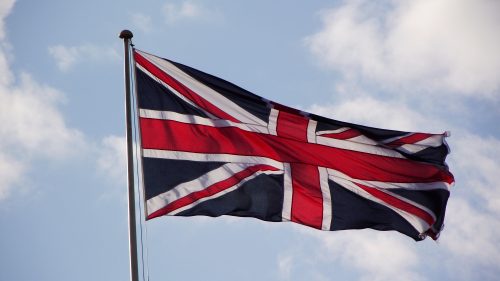 Sport: A Tool of Colonial Control for the British Empire

Sport, as we know it, found its roots in the British Empire. Many of today’s most popular sports including cricket, football and tennis, were organised and codified by the British in the nineteenth century.[1] However, assessing the motivations behind this vast programme of sporting dissemination still remains relatively under-explored. This is puzzling considering that the spread of sports was a key branch of cultural imperialism, much like the spread of Christianity across the colonies. Sport, like religion, provided an opportunity for Britain to take cultural control of her Empire, whilst also encouraging British attitudes towards class and race to spread. In a more paternalistic way, sport allowed the British to mould the upbringing of their natives; encouraging ‘civilisation’ and character development. Sport also helped to project a masculine image of the Empire to the wider world. The role of sport within the Empire was labile and multifaceted, thus providing a useful tool for British imperialists.

British hegemony over sporting pursuits in the nineteenth century was, in part, a way of establishing British control and dominance within the Empire.[2] When an exported sport gained in popularity in the colonies, these colonies would hence become culturally beholden to the British metropole. The fact that the British safeguarded the ‘rulebook’ for the Empire’s most popular sports was highly symbolic, almost acting as an allegory for British imperial leadership as a whole. If sporting disputes were to be settled, the colonies were forced to look to the British; the guardians of sporting scripture. For example, Malaysians, who took to the British export of badminton, would need to approach the British for support with the intricacies of the game.[3] Furthermore, in the preliminary stages of sport expansion, the British would have been markedly better at the games in question due to their greater experience. Thus, initially, British teams were more inclined to dominate imperial competitions, further boosting their ego and superiority complex. However this was only an immediate benefit. England’s first cricketing loss at home to Australia in 1882 offered a particularly damning blow to the British imperial psyche. The attempt to create a sporting empire may have also been motivated by a desire to encourage physical fitness in the colonies, thus creating good stock for the military. Indeed, in the earlier nineteenth century, Britain still relied on native soldiers for imperial warfare, particularly those in India. Sport also helped to indulge the British desire that the Empire be seen as a strong, masculine entity. Masculine sports, such as rugby and boxing, helped the British to foster this imperial image. J.A. Mangan notes that the Empire was run on the periphery by young, middle-class men, who had been instilled with the “games ethic” at public school.[4] They were instrumental in developing an Empire that was filled with testosterone.

Another motivation for disseminating British sports across the Empire was to create an organised, streamlined sporting culture. There was a keen desire to wipe out the idiosyncratic collection of native sports and games found across the Empire.[5] This was all part of the wider British movement of ‘creating tradition’ within the colonies. By removing native customs and replacing them with imperial ones, the British attempted to create an international community with a distinct imperial culture. The supplanting of British sports worked for this end; it created sporting tradition. Sport also contributed to the development of a network of aristocratic elites, drawn from the metropole and the periphery. This was particularly potent as this elite group of landed gentry were becoming increasingly marginalised at home, due to the industrial revolution and the expansion of capitalist culture. David Cannadine makes much of the fact that British aristocrats could connect with exotic Indian and African Princes through their common elite ethos.[6] The sport of polo became a way in which the elite could connect with each other.[7] As well as creating hierarchical bonds, sports within the empire also helped to reaffirm class and racial divisions which were central to the Victorian mind-set. The great imperial sport of cricket is the best exemplar for this point. Cricket matches were traditionally contested by ‘the gentlemen’ and ‘the players’; working-class professionals were essentially pitted against amateurs from the upper classes.[8] The snobberies of the game were exported to the Empire, mapping Victorian class ideals onto the colonies.[9] Such divisions soon took on a racial dimension, particularly in white settler colonies like South Africa, where natives were often excluded from the game.[10] Creating division was just as important as creating tradition for the Victorians, as Britain remained a hierarchical nation.

The imperial dissemination of sport can also be viewed through the lens of British paternalism. Participation in sport and games was believed to encourage good moral values as well as developing spirit and character.[11] For example, participation in rugby union was believed to develop the value of fair play as well as instilling good moral attributes among the players. Sport was believed to teach and embed good values, much like a parent would. The use of sport as a moralising agent was important for the British, as they still classed many of the natives as ‘savage’ or ‘rude’. British imperial schooling thus relied on a combination of heavy handed Christian evangelicalism and frequent participation in sport. Missionaries who travelled out to the colonies had often been instilled with the sporting ethic at public school, so served the message of Christianity to the natives with a side helping of the virtues of physical activity.[12] The club culture of sport was also seen to encourage a level of obedience and conformism.[13] Healthy physical activity and Christianity were seen as the perfect concoction to cure the colonies of their savagery, rather than education and learning. Without sounding overly Orwellian, there is a sense that the British wanted to keep their colonies healthy, but still relatively ignorant. This was partly to feed the British industrial machine, but also to prevent the empowerment and possible rebellion of the natives. The British didn’t need brains at this point, brawn would suffice, and the explosion of sport throughout the colonies helped to provide this.

Sport did not have a singular role in Empire, it had multiple purposes which changed and developed over time. Sport was used to create bonds, enforce British control and ‘civilise’ the natives. Much like a pushy parent, the motherland tried to encourage her colonies to take up as many sports as possible. Ironically, the British failed to recognise that by bestowing her sports upon the Empire she was empowering her colonies, rather than supressing them. However, initially, it was a successful imperial tactic, allowing the British a subtle, yet potent means of cultural control. By importing sports across the Empire, the British could instil Victorian values among the natives, particularly their class ideals. It is easy to forget the murky past of our beloved sports, one that was rooted in subjugation and domination, but it is a vital part of the imperial narrative which should not be forgotten.

[1] Harold Perkin, ‘Teaching the nations how to play: Sport and society in the British Empire and Commonwealth’, The International Journal of the History of Sport, 6:2 (2007), p. 145.