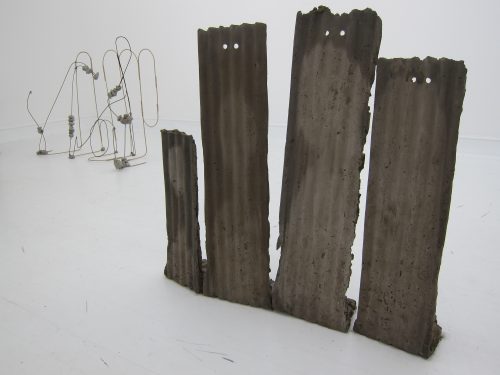 The problem with the Turner Prize: Deciphering criticism of Britain’s most prestigious art competition

Ever since its conception in 1984 the Turner Prize has long been a source of controversy, both within and outside of the artistic sphere. Many specific works have provoked a strong public reaction; Tracey Emin’s bed, Damien’s Hurst’s formaldehyde shark and Anthea Hamilton’s recent sculpture, have all excited and appalled in equal measure. However, it is not the controversial nature of the pieces that will be discussed here, it is the debate surrounding the very nature of the prize itself. The right-wing press, particularly the Daily Mail, has long been critical of the prize. Quentin Letts, Mail correspondent, described this year’s winning exhibit from Helen Marten as “bric-a-brac” resembling “something you might buy from Ikea”.[1] Although this right-wing reaction is somewhat unsurprising it is arguably indicative of a wider apathy among the general public towards modern and contemporary art. Criticism for the Turner Prize has also been steadily brewing from an entirely different direction: among left-wing writers and anti-establishment thinkers. Some in the artistic world have labelled the Turner “a very sick patient”, plagued by suffocating corporate ties and links with the BBC.[2] Moreover, others claim that the initial rebelliousness upon which the prize was founded has become outdated and open to ridicule, particularly considering its strong establishment ties today. Our complicated relationship with the Turner Prize helps us understand more about our relationship with the art of our time: one that appears to be becoming increasingly exclusive.

In a recent tweet, Michael Gove, former Education and Justice Secretary, described this year’s Turner Prize entries as “modish crap”, unsubtly reopening the debate on the Prize and public understandings of modern art.[3]  Conservative responses to the Prize are typically sniffy, often falling back on the trope that contemporary works are not ‘proper art’. Indeed, in more recent years some of the entries have been highly conceptual; Duncan Campbell’s film ‘It For Others’, which won the 2014 prize, baffled many viewers. While it is certainly impressive to see the Prize honouring works from a wide variety of modern media, this has only pushed the viewing public further outside the comfortable parameters of what they consider to be ‘real art’. It would be easy to write off the criticisms of right-wing press commentators, but it would be wrong to ignore their censure. Letts and his followers purport the idea that no-one really understands modern art, but we pretend we do in order to avoid intellectual and cultural embarrassment. While an incredibly crude way of appraising a complicated issue, there may be some element of reality in his words. As the entries have become increasingly conceptual and avant-garde, the distance between the general public and the art world has grown. This problem has been picked up by commentators within the art world. The Burlington Magazine (a longstanding British art journal) notes that apathy towards the Turner Prize “reflect[s] a widespread dissatisfaction with contemporary art” which rejects traditionalism and leaves people “at best puzzled and at worst aggrieved”.[4] Arguably Turner Prize organisers need to be enlivened to the dangers that accompany exhibiting highly-conceptual works, including the potential for cutting the public off from the subject-matter and encouraging exclusivity. This is perhaps particularly prevalent in light of the current political climate, where the EU Referendum result has illustrated a real disjuncture between the cultural elites of London and the rest of the country. Potentially the London-centric nature of the Prize only serves to perpetuate this problem.

Nevertheless it should be recognised that the Turner Prize backlash is far more nuanced than the right-wing rhetoric of the Daily Mail and the Daily Telegraph. Indeed it is important to lift the lid on the criticisms that have been directed from a more liberal, left-wing direction. Many feel that the rebellious spirit upon which the Prize was founded has become increasingly stale in recent years; it has been dominated by an ‘enlightened few’ or elite group of establishment figures. Today the prize has many commercial sponsors, alongside heavy involvement from the BBC. Concerns abound regarding its purity as an artistic competition, particularly when considering its clear ‘establishment-ties’. It is certainly worth considering how far the Turner Prize has become dominated by an established group, as opposed to those working on the artistic fringes. The involvement of sponsors and their monetary contribution has arguably clouded judgements and choices for shortlisting.

Critics have also poked fun at the attempts of the Turner to remain relevant and youthful. In 1991, in a desperate attempt to retain the youthful energy of its early years, an age limit of 50 was imposed on entrants. While this perhaps made sense in the punky era of the 1990s, today it appears ironically backward and ‘old-school’. In a recent Guardian article, Jonathon Jones astutely argued that the contributions of older artists can be equally as exciting and avant-garde—perhaps even more so.[5] For Jones, the Turner Prize’s desperation to cling to a youthful image only goes to emphasise that it is still stuck firmly in the past. Indeed, this surprising rule can be viewed as dated and indicative of a desire to recapture a youthful energy which was part of a different era.

Although celebrated by many, the Turner Prize has long faced criticism from a variety of different directions. While the angles of critique may vary, there appears to be a common root between them, namely that the Turner Prize is becoming increasingly exclusive. This ostensible exclusiveness can be seen to be undermining creativity, as well as fuelling the fires of public apathy towards modern art. Organisers with an awareness of these problems have made attempts to tackle the issue. In 2007 the Turner Prize was held outside London for the first time in Tate Liverpool, and has since taken place in Gateshead, Londonderry and Glasgow. This attempt to curb the London-centric nature of the Prize was welcomed by many. Bucking trends continued in 2015 when the Prize was awarded to ‘Assemble’, a group of architects and who refurbished streets of houses in a deprived area of Liverpool. Broadening the scope of the Turner Prize in this way could help enhance its appeal, allowing it to become far more inclusive, for both the artists and the viewing public.