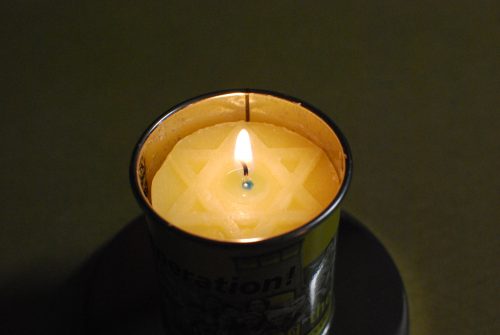 During Epiphany term, Polish-born holocaust survivor Janine Webber, 84, shared her incredible testimony with Durham University staff and students, as well as members of the local community, at Josephine Butler College. The event will go down as one of the best attended and most successful talks in the college’s history. Around 140 people were in attendance for the talk which was held in the college’s Howlands Building.

Now, ‘unforgettable’ is a term that is used all too frequently and in a number of contexts, yet there is little chance that those in attendance will have forgotten what they saw, heard and experienced during Janine’s talk. College chaplain Andrew Tinkler described it as “an important day for all involved.”

Lasting the best part of an hour, the evening began with Janine sharing her remarkable testimony with the audience, reciting many of the traumatic experiences she suffered. These included hiding alongside her mother and brother in a loft before her father was shot, seeing her mother contract and suffer from typhus without medication while trapped inside a ghetto, and, at the age of just nine, caring for her seven-year old brother who had been shot by an SS officer.

Janine repeatedly referred to her past self as ‘a young girl’, yet she had clearly displayed the type of courage and maturity that one would not even expect to see from someone several years older as she dealt with these traumatic events. She spoke of the endless trauma which she faced and thankfully overcame, on her way to surviving against all odds.

Not only that, but this incredible lady has since thrived, inspiring people from across the United Kingdom in the 12 years that she has spoken to schools, universities and communities across the country. This was another aspect of Janine’s speech that really captivated the audience.

It is astonishing to consider how Janine finally managed to address the fear of sharing her testimony, a whole 50 years after finding both love and peace, first in France, and then in the UK. Janine told of how she was encouraged, after much persuasion, to see a psychiatrist, who helped her not only to overcome the vivid fears and psychological nightmares that she continued to face several decades after leaving Poland, but also to speak with such power and eloquence in the hope that such events will never unfold again.

A 30 minute question and answer session followed Janine’s talk, with students taking advantage of such a rare opportunity to ask a number of enlightening questions. These primarily related back to what they had heard during Janine’s talk, but many also took the chance to seek the perspective of someone so directly affected by the evils of human history on a number of issues that continue to unfold in contemporary society today.

When reflecting upon the course of the evening, Josephine Butler College Principal Adrian Simpson explained the power of the talk: “I thought last night’s talk was one of the most engaging and thought provoking events we have ever held in Butler. The talk was, of course, riveting and moving: Janine’s attitude was so open; matter-of-fact but getting across the full depth of horror and grief. I was particularly pleased at the engagement generated within the college and with the wider community. I can hardly remember a better attended talk in the College and I was so pleased that most of the questions came from the student body.”

Janine Webber is one of many survivors who selflessly travels the length and breadth of the country on behalf of the Holocaust Educational Trust, a charity established in 1988 with the aim of educating people from all backgrounds about the Holocaust and the lessons that we can, and indeed must, learn from it.

Please visit http://www.het.org.uk/ to find out more about Janine and the fantastic work of the Holocaust Educational Trust.