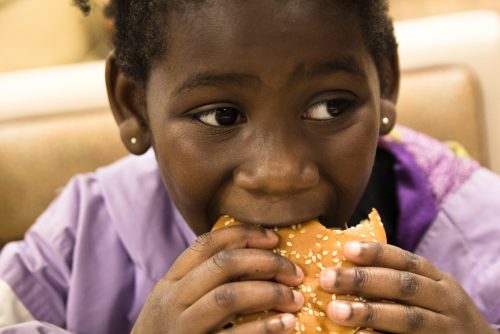 Central to Butler’s destabilising and de-essentialising thesis is the notion of performativity. As gender and sex are not inherent within us, they are something we must learn, and re-learn, act out and re-act out. According to Butler “gender identity is a performative accomplishment compelled by social sanction and taboo” (1988, p. 520). As part of this agenda, Butler seeks to “uncover the ways in which the very thinking of what is possible in gendered life is foreclosed by certain habitual and violent presumptions” (Butler, 2006, p. viii.).  A ‘habitual and violent presumption’ might be something as simple as “men don’t cry”, because the act of crying is seen as the wrong kind of performance of masculinity. As such to ‘queer’, when used as a verb, is to uproot and expose to the light the ways in which something is performed, controlled and disciplined by each of us. In the case of healthy eating, this is every time we take a bite, every time we talk about food.

Riki Wilchins has written a vibrant and exciting guide to queer theory, in which s/he[1] embraces Foucault and Butler by arguing that gender is “a system of meanings and symbols, along with the rules, privileges, and punishments pertaining to their use” (Wilchins, 2004, p. 35). This really gives a sense of the level of self-discipline it takes to achieve ‘healthy eating’ as a neoliberal subject.

Wilchins also picks up one of the key fights of queer theory: breaking down binaries. S/he argues that “(i)f you look closer, most binaries look suspiciously like covert extensions of the series “good/bad” in which one term is always the defining one while the other is the derivative” (Wilchins, 2004, p. 40). Binaries rarely exist in neat, equally-valued pairs. “They are political. They are about power. They create hierarchies […] that produce winners and losers” (Wilchins, 2004, p. 41). And not only do binaries create a good and a bad, they devalue everything outside of those categories as meaningless; “as a noise in the system, a problem to be resolved a veil hiding the real unity of things” (Wilchins, 2004, p. 43).

The basic binary at the heart of queer theory is that of man as opposed to woman. In application to food and health, this becomes healthy as opposed to unhealthy. Woolhouse et al. found that young women really do view food in this way, and that these binaries are in themselves gendered;

The heart of this binary is an essentialist understanding of health, and the heart of any queer inquiry is unpicking that essentialist understanding. Butler’s work has opened up established ‘truths’ about the meaning of hormones and chromosomes in our understanding of sex. This essay seeks to do that about our taken-for-granted understandings of calories and fat, and their roles in our bodies. A postmodern approach asks us to look at the tools we use for measurement, and in fact argues that “the tools and techniques to measure and represent the obesity epidemic have helped produce it as a phenomenon” (Guthman, 2013, p. 271). Queer theory would argue that calories came into existence and gained their value when we started printing them on the back of food packets. Before long, these created knowledges become solidified and forget “their own corporeal genealogies and processes of production” (Grosz, 1995, p. 37 in (Murray, 2008, p. 13).

Talking of genealogies is really important because it forces us to recognise that our understanding of health has not always been the same, and crucially, that it is not simply a linear progression towards a ‘right answer’. We know that our understanding of what counts as healthy is not just different now to 100 years ago, it is different today across the world. There is no ‘right answer’ for all bodies, there is no ‘right body’. As Murray puts it “‘obesity’ … is less a biological infection of tissue and cells, than one of moral standards of Western bodily aesthetics” (2008, p. 16).

As well as problematising the essentialist roots of healthy eating, queer theory prompts us to problematise the performative expression of these understandings. These ritualized acts include but are not limited to: how we interact with each other, how we dress, and how we position ourselves in our social world. Murray speaks of “squeezing myself into control top underpants to try to ‘pass-as-thin’, and through this careful ongoing self-policing, I constantly resist my own flesh” (2008, p. 4). In their study of young women, Woolhouse et al. found that their participants  “drew upon gendered and classed discourses around eating, for example, that ‘women should eat ‘daintily’, be ladylike, and exhibit little enthusiasm for food.” (2012, p. 54).

So where do we go from here? In her radical manifesto Fat Activism, Charlotte Cooper argues that we have “a choice to continue sleepwalking through a neoliberal social movement … or to find other direction” (2016, p. 260). As queer activism has reclaimed the word queer itself, fat activism reclaims the idea of disgust about fat women’s bodies. They reclaim “their own perceived wretchedness as a source of strength” (ibid, p. 267). In their “fattylympics”, a queer activist emptied the menstrual blood from her mooncup onto a Body Mass Index (BMI) chart in order to be “ridiculous and serious, irreverent and rude” (ibid, pp. 282–283). As part of a group called “The Chubsters”, Cooper writes that “spitting, wobbling, sneering, glaring were acts employed to undermine the worship of normativity within obesity discourse” ibid, p. 273). Fat Activism is an unashamedly uncomfortable and radically participative way of applying queer theory to a hegemonic discourse.

Queer theory is more than a useful conceptual framework, it is a call to arms. We can see the key threads of queer theory in fat activism: breaking down binaries, exposing performance, and utilising language and symbol. Nonetheless, to say that this is the “right way” to use queer theory would miss the point. We could also queer our eating habits by talking about food unapologetically, or by celebrating taste and satisfaction as alternative forms of measurement to calories or grams of fat. Queer is a way of thinking and of doing, that can be unique to each of our complex and overlapping identities. To queer is to challenge and destabilise; not to write our own rules about food and bodies, but to throw the rule book away.

Cooper, C. (2016b, October 26). The rhetoric around obesity is toxic. So I created a new language for fat people | Charlotte Cooper. Retrieved 22 January 2018, from http://www.theguardian.com/commentisfree/2016/oct/26/rhetoric-obesity-toxic-new-language-fat-people