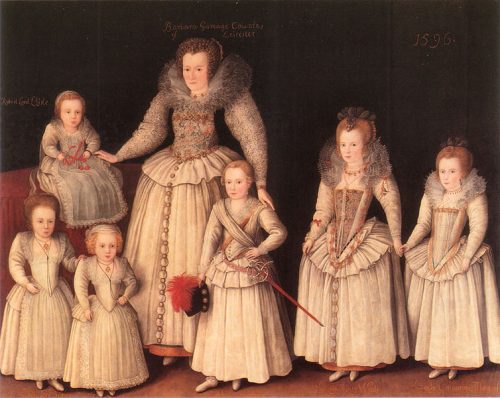 To understand the term ‘agency’ we may consult the OED’s definition, stating that it refers to ‘action or intervention’.[1] Given that historians have taken the firm view that women lacked ability to take action or to intervene, evidence would appear compelling that women faced unsurpassable restrictions. As Keith Wrightson asserts, the patriarchal order worked to ensure that women were the ‘axiomatic’ subordinates of their husbands.[2] This husband-wife dynamic is interesting as a discussion point, suggesting women were primarily limited to the domestic sphere of activity. Indeed, Bernard Capp demonstrates that women protected various social norms that made their restriction possible through defamations.[3] Laura Gowing has taken this further to show how women’s authority merely served to reinforce the strength of the established order in the way women inflicted their maternal authority on other women. Yet, it is possible to take the alternative side of things into considerations. Other research has argued the abilities of women to overcome their limitations and have strength in both public and private spheres. Amy Louise Erickson’s study of the authority afforded to women from property rights epitomises the sentiment.[4] The way limitations to women’s agency was unsurpassable was intertwined with the established patriarchal order operating in early modern England. This patriarchy regulated and created agency in women merely as a means of reinforcing existing male authority.

Capp’s study of conduct books from the period can be used to demonstrate the use of domesticity by the patriarchy to create unpassable restrictions. These books detailed the ‘desirable’ behaviour from women. Therefore, associations were made between the ‘good wife’ and submissive practices, namely ‘silence’ and ‘obedience’.[5] This study is supported by contemporary evidence, with John Bruen stating that the wife ‘must’ take note of her ‘inferiority’ and, therefore, act accordingly ‘inferior’.[6] Thus, subjugation meant restriction was inherent in the early modern period. Although, we must take this with caution, given that conduct books referred to what were expected to do, rather than what they did.

The protestation of contemporary, Robert Cleaver, against a wife who would ‘gaddeth up and down’ a ‘street’, as opposed to the house, therefore has great relevance.[7]  It suggests that the conceptually ‘bad’ women did act beyond perceived restrictions. As Capp also states in his article, punishment methods inflicted against women’s agency by early modern authorities were fully-fledged. They included: ‘cucking stools for scolds and shrews, the persecution of witches […] mocking rhymes, and public shaming rituals’.[8] We can use this to indicate that the threat of women’s agency was clearly vast enough to warrant official reactions to curb it. Yet, the similar vastness of means that men could use to exert their authority over women is testament to the intense boundaries around this agency. Capp is therefore seminal in demonstrating that women who did not submit to accepted norms of the household, dictated by conduct books, were often subject to curtailments inflicted by the patriarchy.

In addition, Laura Gowing and Capp show the unsurpassable limitations that women faced due to the specific domestic activities they engaged in and were restricted to. Gowing’s article explores the way the boundaries of women’s agency were dictated by their ability to activate knowledge of ‘the boundaries of the female body’.[9] At first reading, we could interpret Gowing to mean that women had the potential of using their bodies as tools to accomplish their will. Yet, Gowing also deems ‘the regulation of the female body’ as symbolic of the subjugation of women by the patriarchy of early modern England.[10] It is therefore possible to argue that agency was limited even within the arena in which women could hold authority. Gowing’s use of records detailing ‘physical searches’ enacted by women on other women is evident of this.[11] It provides a highly convincing argument that women did so because of the totality of the patriarchy in England because, acting upon women to persecute in the name of ‘enforcing social order’.[12] From historians such as Gowing then, we have been able to understand that the unpassable limits to women’s agency were, to some extent, self-inflicted.

Capp has brought to light the notion of these self-inflicted unpassable limitations having prevalence in the public sphere. This namely follows that women were prevalent in court cases in the period, usually as accusers of other women.[13] Hence, we can see that the restrictions created, namely ensuring women’s behaviour was kept within perceived acceptable norms, were supported by a patriarchy that only allowed women to gain power by reinforcing these norms against them. As Capp argues, informing upon those of their own gender meant that women merely protected ‘the high value men placed on female chastity’.[14] Akin to Gowing’s argument, women were only active through hierarchising themselves above other women. That women gained authority in this way suggests that the strength of male authority would not allow women to hold agency otherwise.

However, work from Erickson over the last two decades provides us with an alternative angle, that women were not bound by unpassable limitations as the work of Gowing and Capp suggest. According to Erickson, the diaries of ‘Aristocratic ladies and gentlewomen’ indicate that some women personally oversaw the ‘financial management of the combined marital property’.[15] Contemporaries also recorded this activity within domestic tasks in the lower classes. Anthony Fitzherbert, in his conduct book The Boke of Husbandry, states that one of the duties of the housewife was to attend market to sell and buy commodities for the upkeep of the household.[16] His account provides us with both a sense of activity afforded to women on a daily basis, but also a necessity that enabled continued subsistence of households.

Erickson’s argument does not, therefore, entirely hold up; both social strata were clearly under obligation to be active within their domestic activities because the patriarchy deemed it necessary to maintain social order. Moreover, Erickson’s argument seemingly ignores the reality that property autonomy only affected a minority of women. Indeed, R.A. Houlbrooke contrastingly argues that women’s property ‘independence’ was ‘exceptional’.[17] Erickson herself notes that women were often at the mercy of ‘male generosity’.[18] Thus, the authority that women held in the domestic activities was debatably exacted from male authority. The instances where women held authority within their properties did have unsurpassable limitations in that these instances were regulated by the patriarchy in early modern England.

There were clearly unsurpassable limits to women’s agency in early modern England in the public domain. This was in part due to established conventions that put women at the mercy of their menfolk, upheld by the enforcement of various punishment methods for women who did not obey. Gowing and Capp have demonstrated that women were restricted in their domestic and public activity to performing activities that were regulated by the patriarchy and reinforced established social order. Houlbrooke can be used to dispel Erickson’s argument, demonstrating that women had limited agency with property. Restriction was somewhat self-inflicted; the strength of male authority meant that women were forced to seek agency with other women. Women did have some agency both publicly and privately. But, the totality of the patriarchy meant that it permanently regulated and acted the activity of women. This was what ultimately generated unsurpassable limitations.