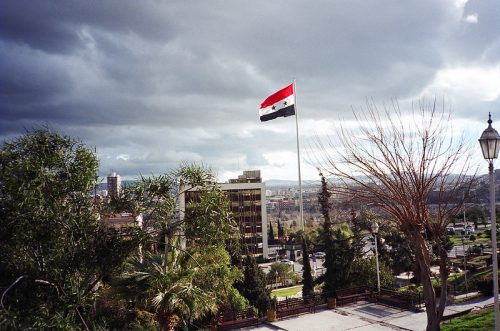 In the wake of IS: “Holding them to justice”, and “deradicalisation”

After many years of war and fear, the body which calls itself Islamic State has seen its territory reduced to only a few hundred square metres. However, as their support weakens, this gives rise to a new problem; how do we deal with those individuals who left the UK to fight for IS, but now want to return home?

The issue is a complex one, given the brutal actions of IS and their direct attacks on UK land and citizens, on which many have strong opinions. More than 900 people travelled to Syria and Iraq from the UK; of this number, around 400 have already returned to the UK, and 20% are believed to have died in battle. This leaves a further 40% who remain in Iraq and Syria (Dearden: 2019). It is likely that many of this number are being held by Kurdish forces, who are holding more than 12,000 suspected IS members. However, they do not have sufficient capacity to make long-term arrangements for those being held, and the current conditions are terrible. Turkey’s recent invasion of Northern Syria has increased the urgency of finding a solution. Fighting between Turkish-led forces and the Syrian Democratic Forces (SDF) has affected areas where detainees are held and Kurdish authorities have reportedly cut the number of security guards, leading to several detainees being freed or escaping.

Thus, a long-term solution must be found. Many feel that the best option is to try these individuals in the country where their crimes were committed. This would limit UK involvement and expense, as well as removing the danger of them returning to the UK. While there are a variety of options for this, all have their own limitations (Dworkin: 2019). Kurdish authorities have said they would be willing to prosecute and imprison foreign fighters themselves with international assistance, but this would be massively expensive and likely create political controversy with both the Syrian government and Turkey.

There are also multiple options for trial within Iraq. The first is simply prosecution within the Iraqi system. Indeed, Iraq has already prosecuted the foreign fighters who are already held in its domestic justice system. However, as highlighted by Belkis Wille of the Human Rights Watch, there are problems with poor conditions, lack of access to adequate defence lawyers, rushed trials and convictions based solely on confession without supporting evidence; this is concerning given the evidence of torture being used to extract confession in the Iraqi justice system (Dworkin: 2019). Furthermore, Iraq uses the death penalty, and while it is not thought that any executions have yet occurred, many of those convicted of crimes related to IS have been sentenced to death. It is against the European Convention on Human Rights (ECHR) for a state to transfer its nationals to a country where they risk being sentenced to death.

Another proposed option is the creation of special chambers for the trials of foreign fighters within the Iraqi justice system, which would not use the death penalty and would ensure some standard of due process for a fair trial. The cost of this both economically and in terms of time would be huge. An amendment to the Iraqi constitution, which prohibits the establishment of special or extraordinary courts, would likely be required. The courts would also have to be monitored to ensure that human rights obligations were being followed, to avoid European countries breaching the ECHR. Moreover, Iraq has already asked for an initial payment of $2 billion (Dworkin: 2019).

The final option for trial in Iraq is to set up a tribunal with international involvement. However, this is a lengthy process with limited functionality. Previously, courts of this kind have been used only to prosecute small numbers of individuals directly responsible for serious crimes, as opposed to the vast numbers of low-level soldiers who need to be prosecuted in this case.

Thus, the most workable solution appears to be returning these individuals to the UK. However, this gives rise to yet more complexities. In some cases, there is a simple option: to ban non-nationals, and to strip dual-nationals of their British citizenship, making these individuals the responsibility of another country. However, by international law an individual cannot be left stateless, so this solution does not apply to those with single British nationality.

In his capacity at the time as Home Secretary, Sajid Javid asserted in 2019 that in all cases returnees would be questioned, investigated and, where possible, prosecuted. Neil Basu, assistant commissioner and head of UK counterterror policing has, however, expressed fears that not only is it possible that people may return without police knowledge, but also that prosecution may be difficult (Dearden: 2019).  While the Counter-Terrorism and Border Security Act 2019 will introduce stringent anti-terrorist measures, making it a crime to enter designated zones or even to view propaganda material online once, this is not being applied retrospectively. Thus, since travelling to IS controlled areas was not itself a crime at the time when those who are now returning first travelled there, evidence of crimes committed while there must be found in order to prosecute. There is, however, concern that evidence passed on by the SDF may not meet the requirements necessary to be admitted in UK courts (Dworkin: 2019). Furthermore, sentences have been criticised for being inadequately short, generally far under 10 years (Cavendish: 2019).

Aside from prosecution, or indeed after a prosecuted individual has served their sentence, there are further measures which can be put in place. These are called Terrorism Prevention and Investigation Measures (TPIMs), designed to protect the country from individuals who pose a terrorist threat, but who cannot be prosecuted or deported. These measures include overnight residence requirements (essentially a curfew), geographical limitations and bans on owning weapons. The Home Office also runs a Desistance and Disengagement Programme, which, according to the Home Office official statement, ‘aims to address the root causes of terrorism, build resilience, and contribute towards the deradicalisation of individuals’ (2019). However, Raffaello Pantucci, director of international security studies at Rusi, has suggested that the effectiveness of this programme is difficult to gauge. Pantucci further highlights that while early returnees spent only a short time with IS and were likely disillusioned, those who stayed are more dedicated to IS, and thus more dangerous and harder to deradicalise (Dearden: 2019).

However, there is further argument for returning these individuals to the UK which accords to the old idiom that prevention is the best cure. Sir Edward Davey, MP for Kingston and Surbiton, suggested in a House of Commons 2019 debate that it would be incredibly valuable to speak to these people and understand their motivations. This could help to inform programmes such as Prevent, a UK deradicalisation programme which has already successfully supported 780 individuals away from terrorism since 2015 (Hansard: 2019).

In the same debate, Javid also emphasized that returnees are receiving psychiatric support. Alienation has been shown to increase vulnerability to radicalisation, particularly within the prison system (Entenmann et al: 2017). Thus, while appetite for legal justice is understandably sharp, it is important that procedure for returnees goes beyond prosecution alone to build a safer society in the long-term.