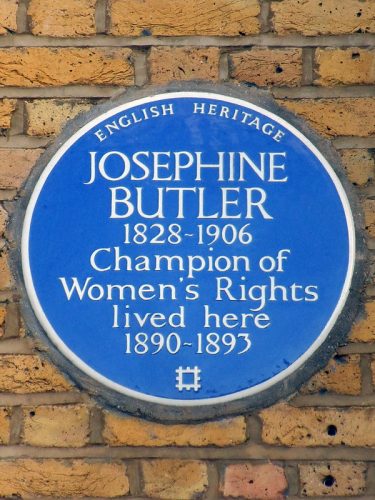 Over a century ago, Josephine Butler passionately campaigned against the Contagious Diseases Acts, which allowed the arrest of those believed to be prostitutes operating in seaports and military towns. In just three years, her efforts were successful but the discussion about the decriminalisation of sex-work remains as relevant as ever.

Although the act of selling sex is not illegal itself in Great Britain, solicitation, procuring, and running a brothel are all criminalised under various twentieth-century laws. In Northern Ireland, even the first act is a crime due to a recent 2015 law there. Abolitionists argue that these laws expose sex workers to greater risk by isolating them and preventing them from accessing police support for fear of arrest. Under current laws, brothel-keeping is broadly defined, making operating from a fellow sex-worker’s flat a criminal activity.

A committee commissioned by the Home Affairs Office back in 2016 recommended the decriminalisation of sex work. Specifically, it advised that charges for soliciting be dropped immediately and brothel-keeping laws be narrowed to stop the prosecution of sex-workers sharing premises. The report, taking an evidence-based approach and considering a number of different models, echoes the same arguments made by advocacy organisations for years. However, four years later, no moves have been taken by the government to change the current laws around sex work.

A quick note on terminology must be made here. Despite its continual conflation by journalists, legalisation and decriminalisation are not synonymous. Decriminalisation refers to the removal of sanctions on sex-work and sex-workers. On the other hand, legalisation requires government regulation of the trade, only permitting it under specific government-sanctioned conditions. Although at first glance legalisation might sound like the safer solution, it would continue to force a significant number of sex-workers underground, as legal sex-work would only be accessible by some workers.

During the twenty-first century, various approaches have been taken to sex work in different countries, including: legalisation, decriminalisation, and partial or combined forms of these models. Through these case-studies, the potential benefits and harms can be evaluated.

Prostitution was legalised in the Netherlands in 2000, having the opposite of its intended effect. Brothels now require expensive licences, incur heavy taxation and require great resources to comply with new rules. Rather than protecting women (who make up 90% of sex-workers there), legalisation has replaced small-scale entrepreneurship with large-scale organisations involved in sex trafficking among other crimes. Inadvertently, it has made sex-work more dangerous, with the reports showing large numbers of sex-workers in Amsterdam being forced into, rather than voluntarily engaged in, prostitution.  Managers can take advantage of the fact that women here have little choice in where and how they work.

Elsewhere, in Austria, the legalisation of sex-work includes provisions that every sex-worker must be medically examined every week, with the results recorded in a booklet they must carry with them. Such practices are not new phenomenon. The same mandatory booklets and check-ups were also being used in late imperial Russia as a tool of social control of women and place the blame on sex-workers for the spread of STIs. Not only are such examinations inaccurate, underfunded and ineffective at preventing the transmission of diseases, Amnesty International have publicly concluded that these regulations violate human rights.

Currently, New Zealand is the only country to have achieved full decriminalisation of sex work, making it only subject to other regulations outside of this particular sector. Thus far, it has circumvented the problems associated with legalisation of the trade. Neither the sex-work industry nor trafficking have increased under this policy. Meanwhile, sex-workers report feeling safer, partially due to their ability to take employers to court. This system is by no means perfect, however. The disproportionate representation of migrant workers in the sex-industry, many of whom are thought to be undocumented, makes legal action a risky method of recourse for employment violations to some.

Despite it being a primary concern in the debates, the choice of judicial legalisation, criminalisation or decriminalisation is only one factor determining the physical safety of sex-workers. The term ‘whorephobia’ has been coined by various sex-worker protection charities to denote the common discrimination and hatred of people engaged in sex-work. This whorephobia is easily translated into (sexual and non-sexual) violence against sex-workers, particularly if the whorephobia intersects with transphobia or racism. The European Trans Murder Monitoring Project revealed that 75% of all transgender people that were murdered between 2008 and 2011 were sex workers.

In Holbeck, Leeds, where sex-work has been legalised and highly managed, residents have been less than welcoming to the sex-work community. Reports tell stories of women having bottles of urine, acid and bleach thrown at them in the streets. Positively, such incidents of violence are much more likely to be reported to the police than elsewhere in the country. However, it seems the social stigma around sex-work is going to be a problem regardless of the trade’s legality or criminality.

Gillian Abel, Lisa Fitzgerald, Cheryl Brunton, ‘The Impact of the Prostitution Reform Act on the Health and Safety Practices of Sex Workers’, Report to the Prostitution Law Review Committee (2007).

Frankie Miren, ‘The difference between decriminalisation and legalisation of sex work’, New Statesman (2015).