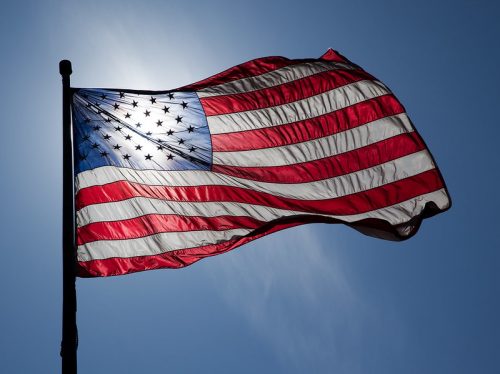 When, on the 8th April, Bernie Sanders announced that he was suspending his campaign, he congratulated Joe Biden and said that he will work with him in order to “move our progressive ideas forwards.” Yet, across the US, young voters have lost hope, and many have pledged that they will not vote for either Biden or Trump in the upcoming presidential election. They see no blue light at the end of the tunnel.

It is not surprising that the youth of the US would feel disappointed at this development, two- thirds of voters under 45 voted for Sanders. Conversely, two- thirds of voters over 45 voted for Biden. A third of a pool of 30 young democratic voters said they would consider staying at home or voting for a third- party candidate, according to the New York Times. They believe that Biden’s environmental plan does not go far enough, and they want him to back universal healthcare.

On comparing their stances and policies, Biden would certainly seem to appeal to the sensibilities of young, left- leaning voters, more than Donald Trump would. He has adopted Sander’s proposal of free college for people whose family have incomes of below $125,000. Biden’s campaign website states that gun violence is a public health epidemic, and states a plan to increase regulation of firearms, including a ban on the sale of assault weapons and high- capacity magazines. These policies echo Biden’s attempt to appeal to a straying youth. They still, however, fail to change opinion and rally support for his campaign.

The democrats of the US are divided. Some are happy to vote for Biden, some see him as a better alternative to another Republican administration (and thus the ‘the lesser of two evils’) and some will refuse to vote for him. The latter group all pose the question: if our democratic system forces us into voting for a ‘lesser of two evils’ then surely it is broken?

Joe Biden may say many of the right things now, but he will not be forgiven by the young for his past, filled with voting with racist, misogynistic, and corporate motivations. His past is also chequered with allegations of sexual assault and misconduct, a senate aide says she was assaulted by Biden in 1993, and, additionally, eight women have accused Biden of touching them inappropriately. He has also faced criticism for comments on the physical appearance of young girls he has met while campaigning this year. Many young democrats have said they refuse to vote for a man whom they see as Trump’s double in more ways than one.

The crux of the issue for many is that Biden is part of the same establishment as Trump, and as long as people vote for him, they are voting to maintain this establishment. For Sanders’ supporters, it is simply not good enough to try and succeed within the confines of  a broken system, but that the democratic system in the US, and the political establishment itself, must be completely rebuilt, and the old foundations torn down.

The young of America have sighted a glimmer of a potential future, one of democratic socialism, it glitters for them in the horizon and many of them will refuse to settle for any less. Sanders has demonstrated that US politics has the potential to work for the interests of the many not the few, “Not me. Us.” as his campaign website states. The calls for “revolution” have not fallen on deaf ears, Biden’s appeals to the young, however, may well have done.

Friends of Bernie Sanders, ‘How does Bernie Pay for His Major Plans?’, Bernie Sanders on the issues, (2020), Available at: https://berniesanders.com/issues/how-does-bernie-pay-his-major-plans/ [Accessed: 11/04/20]

Relman, Eliza, and Sheth, Sonam, ‘Here all the times Joe Biden has been accused of acting inappropriately toward women and girls’, Business Insider, (2020), Available at: https://www.businessinsider.com/joe-biden-allegations-women-2020-campaign-2019-6?r=US&IR=T [Accessed: 13/04/20]