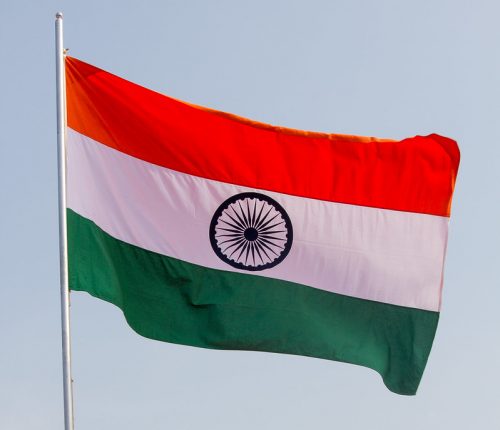 ‘The Role of the Muslim League in the Partition of India’

The independence of India in 1947, and the subsequent creation of the two separate dominions of India and Pakistan, is an event that is frequently considered a turning point in modern history. [1] The bloody legacy of partition still runs true today, largely affecting present day politics, with both India and Pakistan playing a significant role in the current geopolitical climate. Partition consolidated divisions between the Hindus and Muslims, whilst simultaneously having an impact on the many other religions that were in existence at the time. Border locations, such as Kashmir, are still suffering from the aftermath of this disunion. The reasons for the partition of one of the most populous and influential countries in the world are increasingly debated. For a long time, it was commonly believed that Muhammad Ali Jinnah was the sole coordinator of partition, yet recently there has been an increase in research that has aimed to prove otherwise. The British Empire had comfortably ruled India for nearly 200 years, yet the latter half of this period witnessed considerable unrest and violence – on the sides of both the British, and the Indians – as a result of British rule, culminating in the ‘Quit India’ movement of the 1940s. This political situation gave rise to mass movements, in which the people of India became divided and characterised by their religion more than ever.

Most influential is the argument that partition was due to the role of the Muslim League, particularly the influence of Jinnah as the driving force for Pakistan. Jinnah’s decision to provide the Muslims with greater political representation has traditionally been seen by political scientists, such as Lucy Chester, as the main cause of partition. [2] However, Ayesha Jalal has suggested that Jinnah did not originally desire the creation of Pakistan, but that it became inevitable; the only viable option in a time wherein politics were shrouded in mystery, doubt and fear of the unknown. [3] Others lay claim to the fact that the Indian National Congress was weak in terms of diplomacy, and that it was Congress’ actions that upset the balance of power. The weakness of Congress, therefore, may have been problematic in their aim to create a united India. On the other hand, many hold the view that partition was the rational outcome of Britain’s policies of dividing and ruling, and that the Second World War had a part to play in the formation of the new nation.

The Muslim League served as the main political organisation for Muslim representation. Initially, the Muslims of India were disunited, as they were distributed in a random fashion across the country, and in total only made up a quarter of the population, with Hindus thereby significantly outnumbering them in both quantity and political representation. Jinnah’s leadership of the Muslim League therefore transformed them into a strong and prominent power with a common goal and interest. This can be accredited to the strengths of the Muslim League itself, but can similarly be related to the weaknesses of Congress. The role of the Muslim League is best understood with consideration to their aims, as outlined by Nerender Singh, who claims that they had three primary objectives. [4] Singh suggests that initially they wanted to promote the political interests of Muslims through a party that was perceived as different from, and a separate entity to, the Indian National Congress. [5] This objective is seen in their achievement of separate electorates in the Indian Councils Act of 1909. However, Singh also claims that they wanted to achieve ‘friendly relations’ towards other communities within India. [6] This implies that the notion of religious harmony was not impossible, and that therefore Jinnah was misled in his opinion that a unified India could not exist due to religious tensions and conflict. Perhaps the most convincing evidence to support this view is the fact that there was no official mention of the notion of partition until the Lahore Resolution in 1940, which was the basis of ‘Pakistan demand’, yet was still ambiguous in nature. This suggests a confusion in policy and hence partition only occurred due to the role of the League alongside other factors.

The extent of the influence of the Muslim League, however, fluctuated over the fifty or so years predating partition, and the early actions of Muslims were by no means strong enough to bring about partition alone. As late as 1937, the Muslim League did not appear to be a ‘major player in Indian politics’, only winning 22% of the seats reserved for Muslims, and thus did not have more power than Congress at this point. [7] By 1945 however, this had risen to 90%, and so Francis Robinson recognises this as the ‘transformation of the League’s position’ that can perhaps most accurately be accredited to the war effort, and the restricted influence of Congress throughout this period. [8] It can certainly be concluded that the Muslim League became more powerful between 1937 and 1945, so much so that they were able to fully enforce their objectives into the policy of the British, as seen through British acceptance of the partition plan.

Undeniably, it was the role of the Indian political parties that had the greatest impact. The Muslim League must be recognised as being the main factor in the creation of Pakistan due to their active campaigning and Jinnah’s crucial role. However, increased power of the Muslim League was primarily due to the weaknesses of Congress, whose isolation from the political scene enabled the League to wield greater influence. The context in which partition occurred is understood as having vital importance, as it was the events of the time that shaped the situation as much as the individuals that orchestrated it. The traditional interpretation fails to consider several other factors that effectively left a vacuum in Indian politics, of which the Muslim League were able to take advantage. Nevertheless, the establishment of Pakistan would never have occurred if it were not for the relentless role of the Muslim League.